Are there hidden sales taxes in your purchases?

After noticing his usual McDonald's order was more than normal, one viewer reached out to FOCUS to investigate any hidden fees. 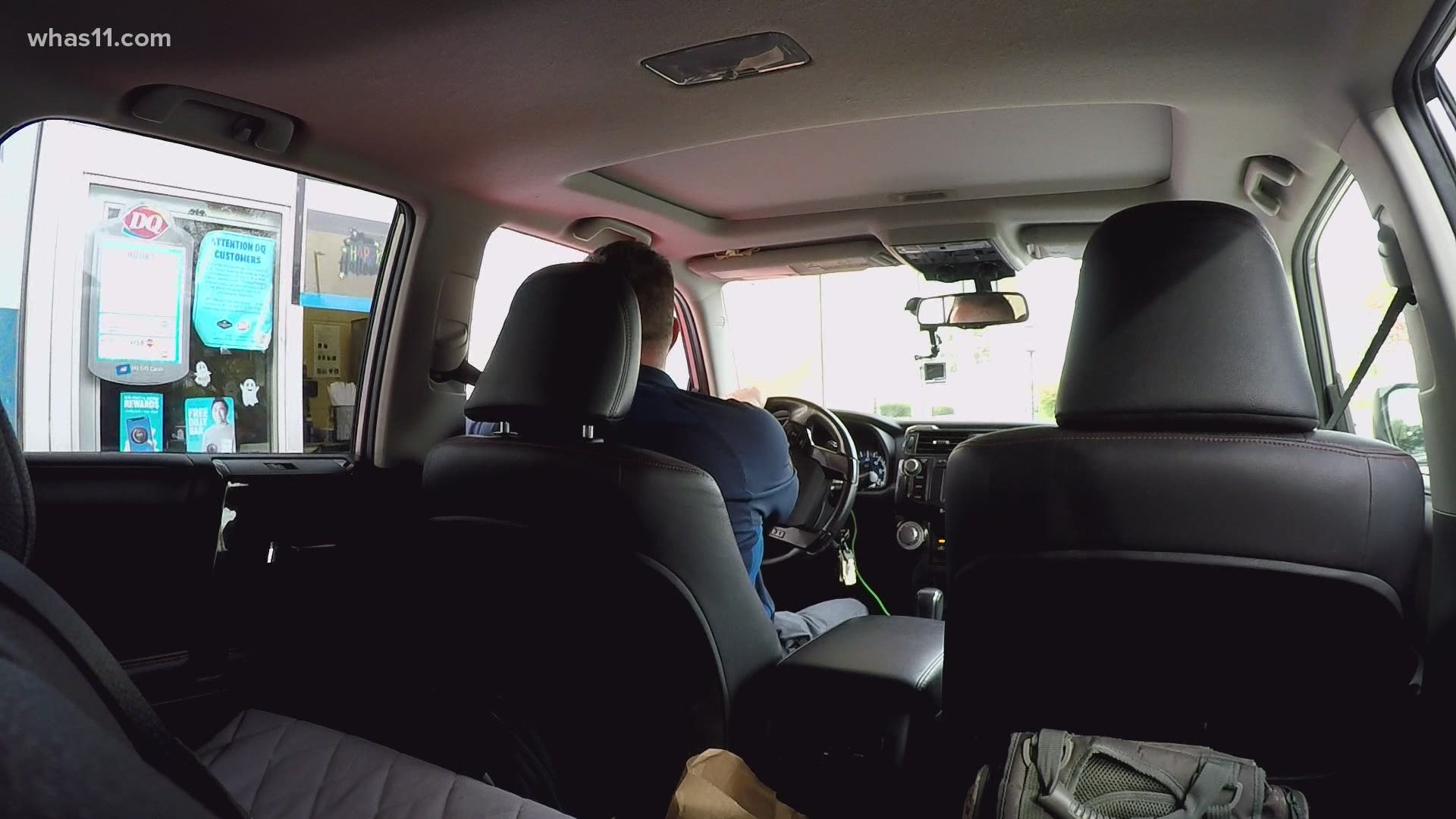 SIMPSONVILLE, Ky. — When you get fast food, do you double check your receipt to make sure the charges are correct? While most likely don't, one McDonald's customer reached out to WHAS11's FOCUS team when he noticed he paid an extra 3% for a meal — a charge that appeared to be illegally hidden in the sales tax.

After ordering two McDoubles and one Coke, the seventh grade math teacher knew the tax would be 30 cents — grabbing enough change to pay the $5.30 cost. Instead, he was charged an extra 14 cents.

"Usually I pay with a credit card, and it was like yeah, whatever," Hicks said, "but with paying with cash, I knew the exact amount, and then with it being off I knew that something was wrong."

When he asked why, he was told about a "COVID tax" added to the cost.

"The manager came over and said, yeah, we're charging 3% of COVID tax on top of the sales tax," Hicks said.

The answer sounded suspicious to him, especially knowing few people would notice the difference with no clear note on the receipt.

"It was a $5 order, what's the big deal that it was 9%? right," Hicks said. "I mean, that's the thing. It was 14 cents extra, you know, 14 cents here, 14 cents there...over time you're talking hundreds, thousands, tens of the thousands of extra dollars in revenue."

FOCUS went to the McDonald's drive thru, as well as other restaurants around the Outlet Shoppes of the Bluegrass, and noticed the same charge. A small frosty at Wendy's, a Dairy Queen shake and more had a 9% sales tax.

One manager said others had asked why the tax was so high saying, "I was like I don't know."

The answer should have been obvious — according to City Administrator Steve Eden, the fee is not related to coronavirus and has been in place since 2014.

Simpsonville passed a 3% restaurant fee, which has raised almost $2.25 million since it was implemented.

"It's been a great help," Eden said. "Tourism collects it, they collect all the funds and then remit half of it to us."

Eden said the city has put almost all their share into road improvements and beautification projects to help promote Simpsonville. Still, those who eat in Simpsonville are not seeing that their contribution is being taken.

"It should be on there," Eden said. "They're putting the 6% and the 3% probably together."

But restaurants can't do that. By state law, that extra 3% fee can not be lumped in with the sales tax and must be itemized as a separate charge on the receipt.

Kentucky's Department of Revenue gave FOCUS an example of what a sales receipt from a Simpsonville restaurant should look like —  what was purchased, then the restaurant fee and then the 6% sales tax for that grand total.

Eden said all restaurants should be following KRS to "be honest with the patrons," but said he was not sure tourism was enforcing that.

Chenelle McGee, the CEO of ShelbyKY Tourism Commission and Visitors Bureau, said she was unaware this was going on, providing the letter from the Department of Revenue that she says tourism sent to every restaurant since the ordinance passed. Still, the restaurants FOCUS visited showed no itemized fee on their receipts.

Eden said he will bring everything up at the next city commission meeting.

"I think they'll be wanting to look into it as far as who's dropping the ball," Eden said.

Meanwhile, Thomas Hicks said he was counting on more transparency for other customers who might not have noticed the charges.

"Why hide the percent increase in the sales tax?" Hicks said. "I'd be fine with it and pay it if it was [clearly marked]."

FOCUS reached out to the owners of McDonald's, Wendy's and Dairy Queen for comment.

The Pilot Company, which owns the service center that includes Wendy's, said they are working to update how the tax is displayed on the receipt to comply with the law — expecting the change to be in place before the end of the year.

The marketing representative for McDonald's said she would work on a statement, but later declined to give one. Several attempts to get comment from Dairy Queen ownership were unsuccessful.

Meanwhile, the state's Department of Revenue has asked that information on restaurants that are not in compliance be sent to them.

Want to see if you're getting charged more than the state's sales tax? Divide the sales tax percentage in your state by 100 and multiply it by the price of your item before tax — or to put it more plainly, Net Price x (Sales Tax Percentage/100) = Sales Tax Amount. If your total is more than the amount, there are extra fees included.

If you've noticed other strange charges that are not explained, feel free to contact our FOCUS team.

RELATED: How effective are masks?