FOCUS Investigation | What to know about robocalls in Kentucky

They're an annoyance but could they be attempting to steal from you? FOCUS investigators uncover the origins of robocalls in Kentucky and how they find your number. 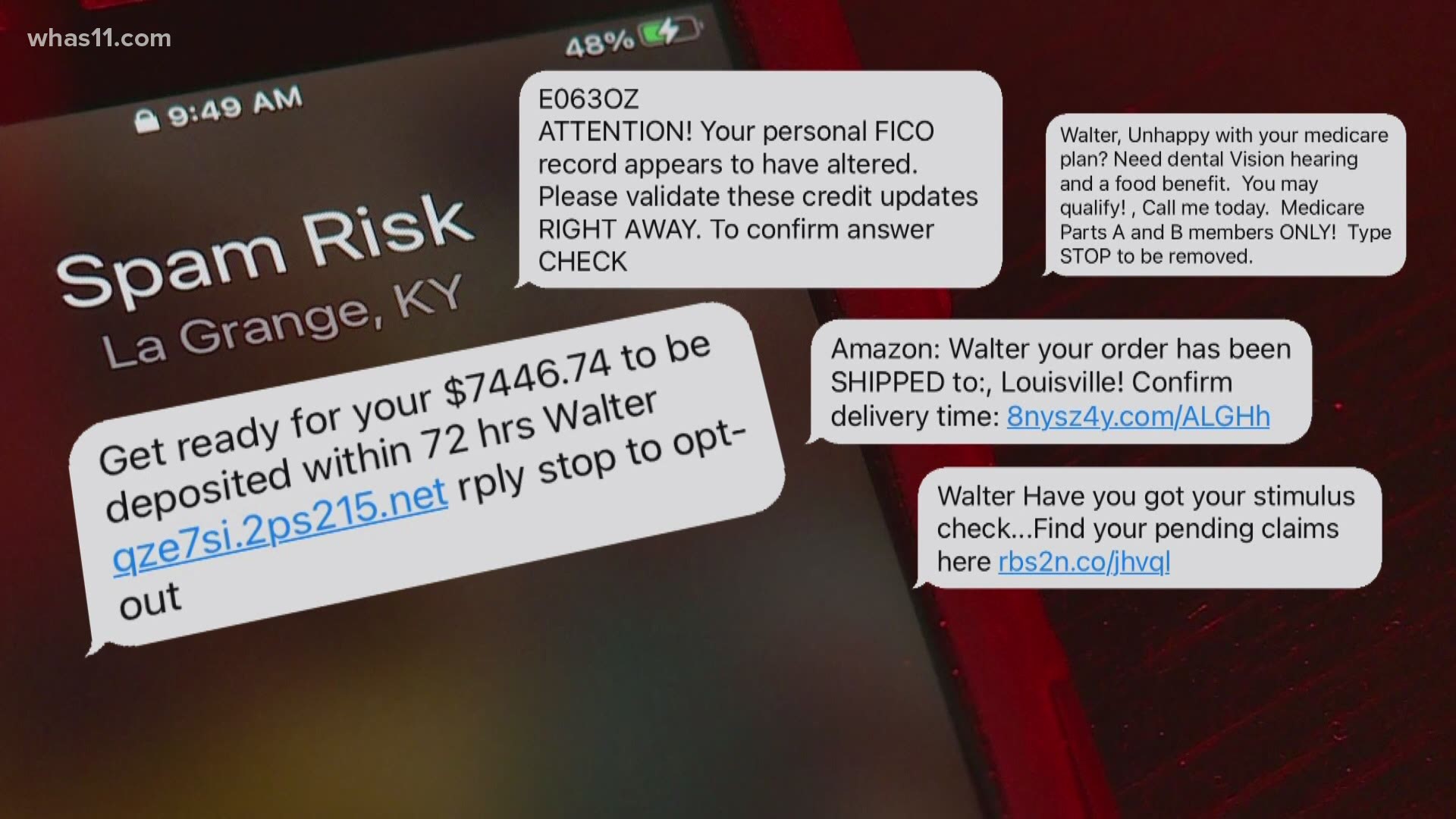 LOUISVILLE, Ky. — Unknown. Spam. Telemarketer. Chances are from time to time one of those words pops up on your phone with an incoming call.

Odds are it's more than likely a robocall.

Everyone gets theses calls, but some are not trying to sell you something, they are attempting to steal from you.

These everyday annoyances prompted an investigation from our FOCUS team to dig into where these calls are coming from and what's being done to stop.

FOCUS investigator John Charlton was part of that project, and with a Tracfone, he opened himself up to these unwanted calls. Minutes after setting up the phone, a robocall rang even though the number wasn't listed anywhere or given out.

These calls persisted from robocallers at least twice day from the beginning of February.

According to a robocall indexing website, from April 2020 to March 2021, robocalls rose to 4.9 billion nationwide. That's more than 159 million per day, 6.6 million an hour, 1800 per second, and about 15 robocalls on average per person in March.

At his office job, Bickett has been subject to dozens of calls a day to the torment of his coworkers. If Bickett does not recognize the number he has started immediately blocking it and the several pages of numbers keeps growing daily.

On the rare occasion he does pick up, Bickett admits he likes to mess with robocallers. And if the robocall goes to voicemail the joke is on them. He set up his voicemail to mimic the robocalls.

How are these robocallers getting our numbers in the first place?

We found one unexpected source, the Kentucky Department of Motor Vehicles. If you register your car in Kentucky your information can be bought.

FOCUS found that over each of the last five years, a total of 16 companies and organizations spent between $300,000 and $400,000 dollars combined on registration information.

Buyers include alumni organizations looking to raise money for UK and UofL, collections agency and various companies specializing in cars and boats.

FOCUS investigators took these findings to Kentucky Attorney General Daniel Cameron and asked if state agencies like the DMV should have the ability to sell this type of information.

"That's a longer conversation that I certainly want to be a part of, it is of interest to me that that is occurring," Cameron said. "We are the watchman at the gate."

The attorney general has joined his counterparts in other states to form a "Robocall Technologies Working Group" to trace back the robocallers not properly registered as telemarketers, but in fact are, as he calls them, "bad actors."

"Over the course of this COVID-19 period, folks have lost almost to the tune of $1.2 million related to scams and a lot of those have originated because of illegitimate robocalls," he said.

According to Cameron's Office, about 45% of the 1,215 scam phone calls reported since January 2020 were found to be robocalls.

"We've seen an uptick in text messages as well of people trying to induce the person that they're texting into providing information," Cameron said.

Whether it is phishing robo-texts or a robocall, it doesn't matter to the scammer who bites.

The first line step to stopping robocalls on your phone is to put your number on the "do not call" registry with the Federal Trade Commission.

If they keep coming, report it to either the FTC or the Attorney General Office.