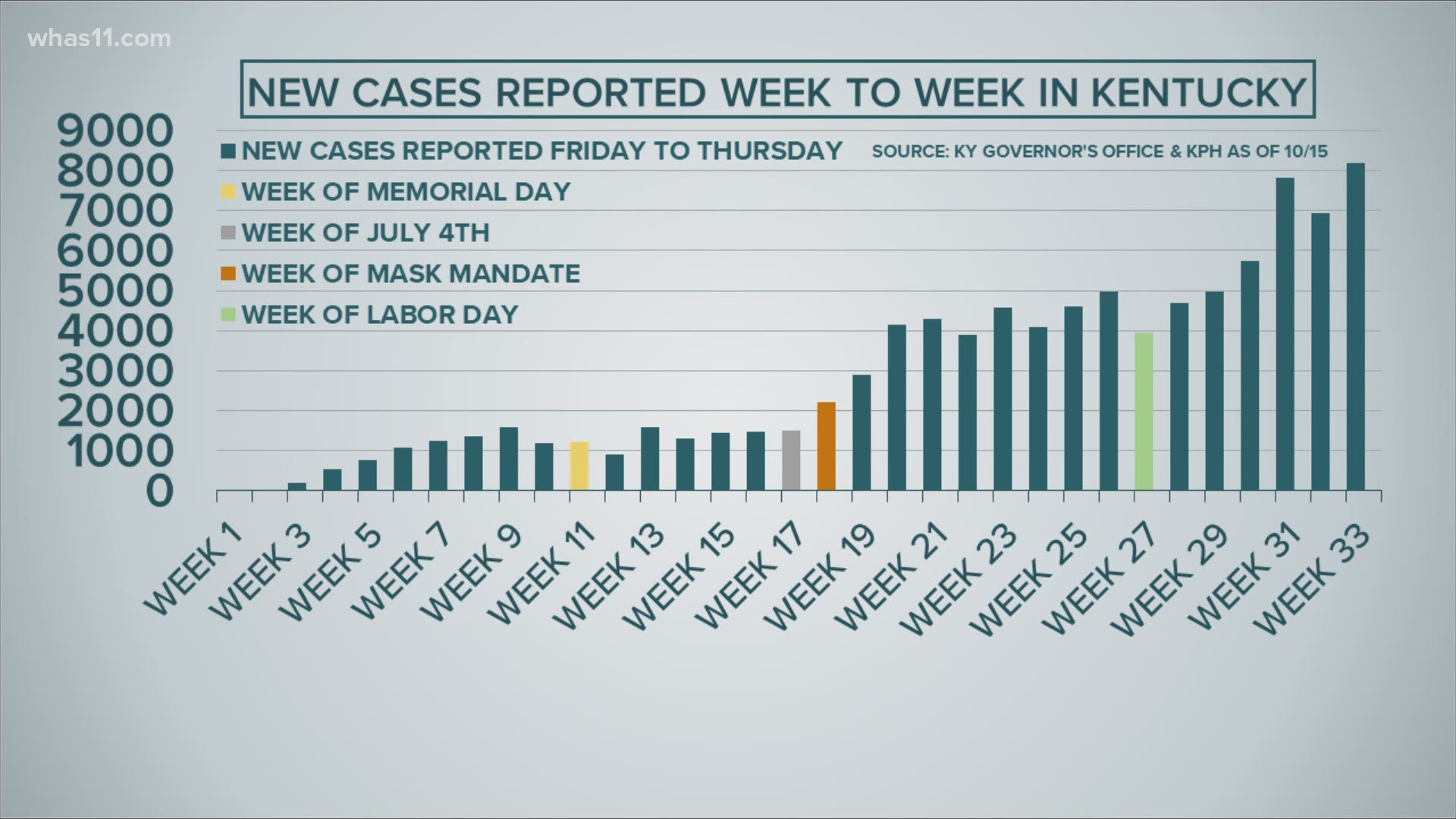 LOUISVILLE, Ky. — Halloween is next week.

The holidays are just weeks away.

And cases of the virus continue to surge across the country.

We've been running the numbers and we're hitting new highs here at home too.

Our FOCUS team has graphs to show a week by week break down.

Let's start with Kentucky and it is not looking pretty.

It has been 33 weeks since the first confirmed case.

Each bar shows the increase in new cases reported each week.

You can see the increase in cases this week on the far right -- and it is a record-setter. Notice how the final bar rises above the rest.

Here's a break down of the new cases reported daily.

Notice the bars on the right continue to rise above the dotted trend line and continue to drive it upward.

Friday, was the third-highest single-day increase in reported cases.

The highest day was a few weeks ago after a backlog of reports was discovered.

Over the past four weeks, you can see a steep and steady climb with the final four bars on the far right.

On the bright side, the weekly new case growth did show some signs of slowing this week.

Compared to weekly case growth last week, more than 2,000 additional Hoosiers tested positive this week. That's the difference between the last two bars on the right.

For context, the sharpest increase in weekly new cases was the previous week.

Here's a breakdown of cases day by day.

Again, you'll notice that steep increase in case counts each day in October on the far right. That is reflected by the incline in the dotted trend line.

As always we'll keep giving you the data and the context so you can make decisions for your family as we head towards the holidays.