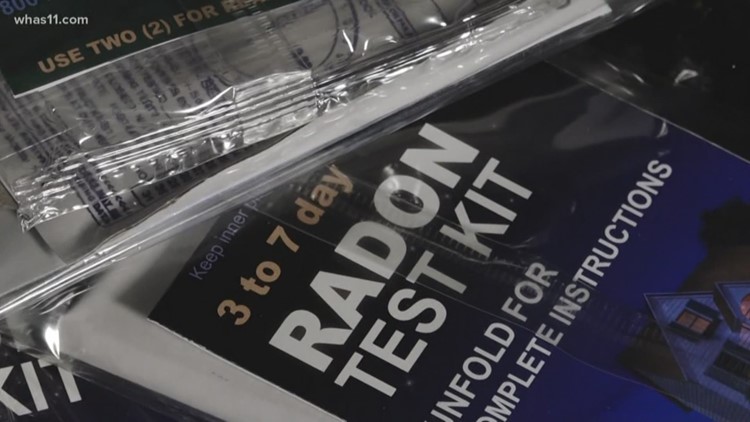 LOUISVILLE, Ky. — Anchorage Independent Schools has tested for the cancer-causing gas. After tests showed levels were slightly above the EPA recommended action level they have taken action to correct failing scores.

In 2018, we sent open records requests to twenty districts in our area. We found that Anchorage Independent School had started to test in 2016 and continued test after some tests revealed elevated levels in some parts of the building.

In 2019, we checked with the district again to see if it was doing anything differently. Anchorage Independent School continued testing, checked the seals on the sump pumps and installed mitigation systems to correct failing scores. The district is self-imposing even stricter standards and conducting year-long tests in areas that scored higher than a 2.0.

Here is a summary of what we found:

To contact the district about radon testing, email District Superintendent.

We've included part of the records we received through open records requests to display the most pertinent data.

INFORMATION FROM THE EXPERTS:

Kentucky schools are not required to test for radon but being exposed to the average level in Jefferson County (4.0 pCi/L) is equivalent to smoking a half a pack of cigarettes a day, according to the EPA.

The EPA recommended action level is at 4 pCi/L, while the World Health Organization recommends action at 2.7 pCi/L. Both organizations are clear, no level of radon exposure is safe, especially long-term.

Changes in the building and environment could cause changes in radon exposure levels, therefore the EPA recommends retesting every building at least every other year to make sure levels do not reach dangerous levels.

The only way to know if levels of radon gas are dangerous is to test and retest.

This is part of a WHAS11 investigation into radon exposure in schools. Read the full 2018 report.