A Kentucky tax preparer said he has had the same sign displayed prominently on its window for 10 years. At the bottom, it says “homosexual marriage not recognized." 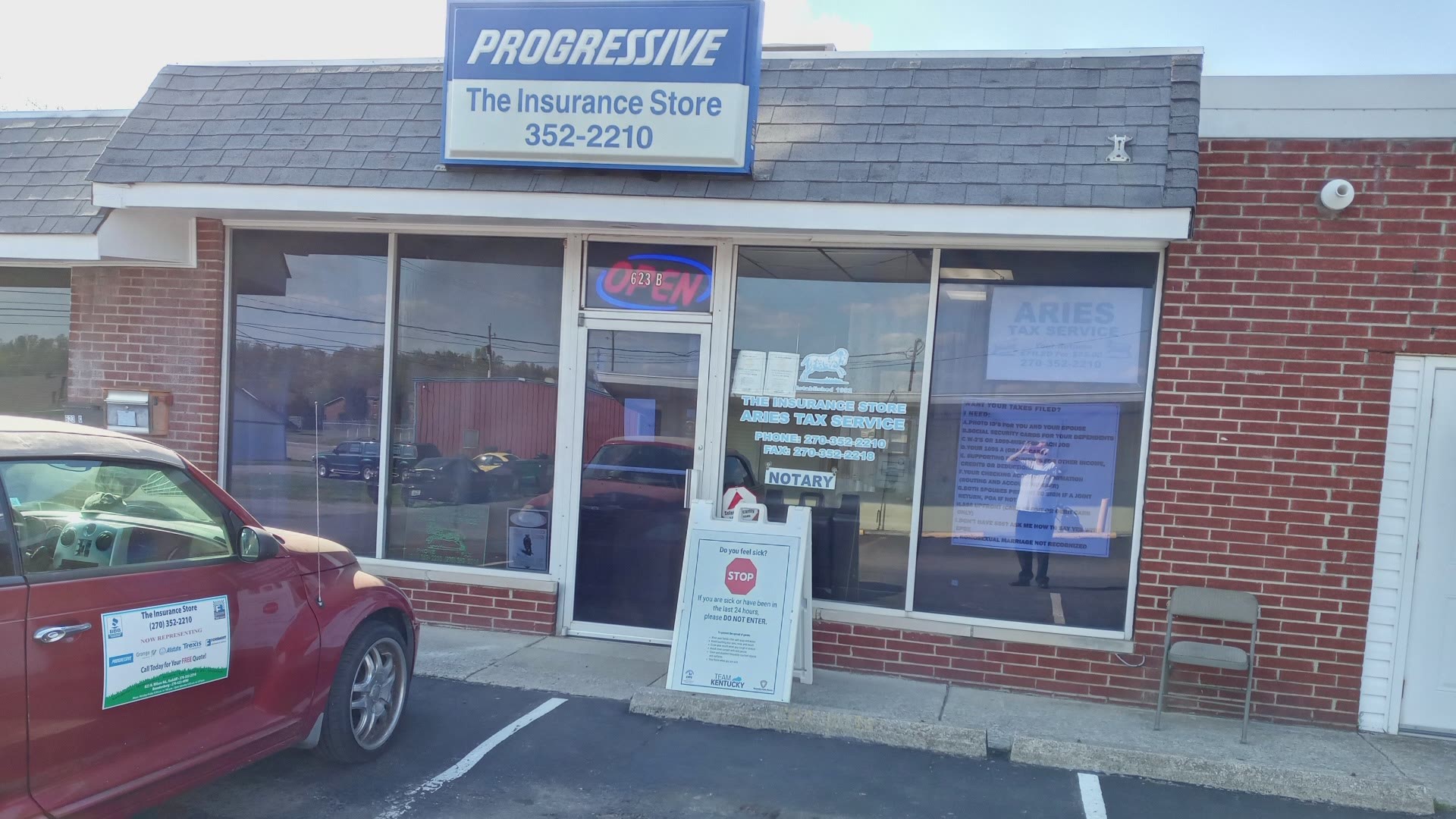 RADCLIFF, Ky. — A tax preparer in Radcliff, Kentucky said he’s refusing business to married couples who identify as LGBTQ. He claims he is the victim of discrimination. LGBTQ advocates, meanwhile, call his actions discriminatory.

For ten years, Kenneth Randall, the owner of Aries Tax Service in Radcliff, said he has had the same sign displayed prominently on its window. At the bottom, it says “homosexual marriage not recognized.”

The federal government has recognized marriages between same-sex couples since 2015.

“I have to stand up for my convictions and if there’s a price to be paid I have to pay it," said Randall.

It’s only in the last couple of weeks Randall said he’s paid a price. Earlier this month, a couple who identifies as LGBTQ saw the sign. They reported it to Chris Hartman, executive director of the Fairness Campaign, an advocacy group in Louisville.

“This type of behavior in 2021 is appalling," Hartman said.

News of the sign spread. That’s when Randall said the threats started coming.

“You better watch your back when you leave your business today," was one voice message.

Another voice message said, “I’m praying for you. I support you.”

As an insurance agent with Progressive on the side, Randall said the company forced him to make a choice: Either take the sign down, or cut ties with the company.

“I chose to quit writing business for Progressive," said Randall.

A spokesperson for Progressive told FOCUS, "Progressive and Mr. Randall decided to end our relationship because his business practices don’t align with our company’s Core Values or Code of Conduct."

But Randall’s sign outside his window is legal. Without state or federal legislation banning discrimination on the basis of sexual orientation, 21 cities and counties in Kentucky have passed their own laws, or Fairness Ordinances outlawing LGBTQ discrimination. Radcliff, where Randall works, hasn’t done that.

“I do have the right to do what I’m doing,” said Randall.

“We want to see a place where everybody can go into a business that’s open to the public and receive the exact same goods and services that everyone else is entitled to," said the Fairness Campaign's Hartman.

But according to Hartman, that’s not a reality for about 70% of Kentucky’s population, or people who live in places like Radcliff. He calls the outrage over this sign only natural.

“If somebody puts up a sign in their window that says no Blacks allowed, I hope people are angry with them. And that would be against the law right now," he said.

In the meantime, Randall said the hate for his convictions keep coming.

FOCUS reporter Paula Vasan asked Radcliff Mayor JJ Duvall whether he is considering a local ordinance that would outlaw LGBTQ discrimination. Mayor Duvall said he plans to meet with Hartman on Wednesday to learn more.

Nationwide, research shows more than 1 in 3 LGBTQ Americans faced discrimination of some kind in the past year, the Center for American Progress says.