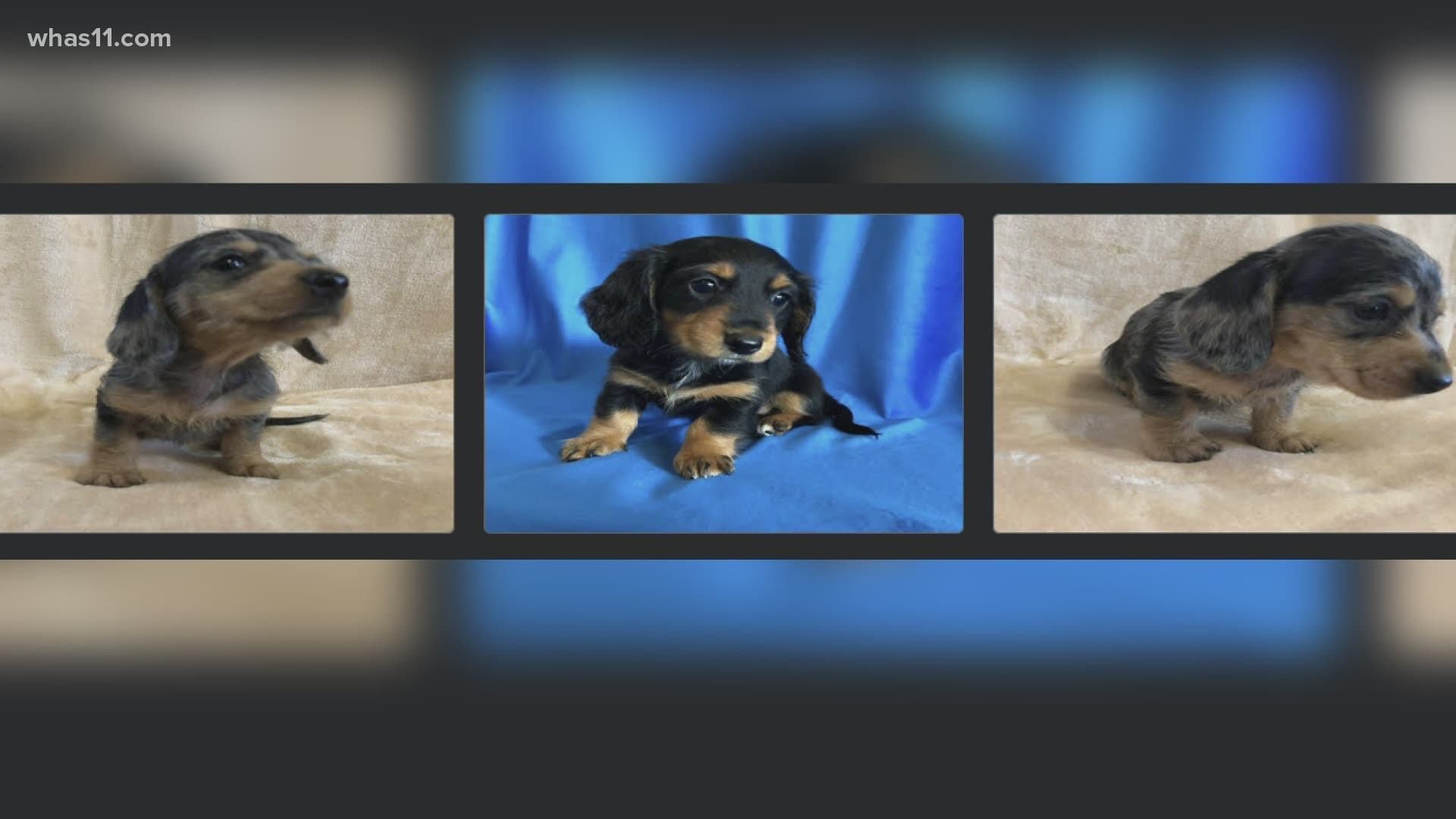 LOUISVILLE, Ky. — It’s a crime that steals your money and a piece of your heart. Experts say puppy scams have been on the rise.

It was love at first sight for 17-year-old Matthew Hodge and nine-week old Aspen.

But the journey to find each other came with heartbreak.

“Be really really careful who you trust," he said.

A few weeks ago, Hodge said he didn’t have any reason to doubt that photos he found online of a puppy were anything but real. He wanted a Dachshund, the same dog he grew up with.

It's a dog that reminds him of his mother, who passed away a few years ago from a pulmonary embolism, caused by a blood clot in her lungs. Through emails, he told the person behind the photos that the puppy was his soulmate.

“They acted so thorough with it like they really cared about it. They gave me a whole interview, like wanted to know where I was from like if I have other animals, like what type of environment I’m in," he said.

He sent more than $800 to the scammer through the cash app, Zelle.

“The next day he messages me and is like we have a problem," Hodge said, who received emails from the scammer about more money being needed for a crate.

It was all a scam. FOCUS tried emailing and calling the person behind the online photos ourselves. We got no response.

Whitney Adkins of Louisville’s Better Business Bureau isn’t surprised. She has seen an increase in puppy scams during the pandemic.

“We have seen it go up and up throughout 2020 and into 2021," said Adkins. “It was across all breeds. You know, scammers were everywhere targeting, targeting folks who just wanted a pet, you know, wanted a specific type of pet in many cases."

“And it's not going away anytime soon because as we said that the need for the pet, for companionship isn't going away," Adkins said.

So what can you do to protect yourself? Experts advise to first, do your research. Only buy a pet from a reputable dealer. Don’t buy a pet without seeing it in person. If that’s not possible, request a live video. Avoid wiring money, or using a cash app or gift card. And consider reaching out to a local animal shelter.

Credit: WHAS, FOCUS
How to protect yourself from online puppy scams: Tips from BBB

Hodge said what’s most important is to trust your gut. If something doesn’t feel right, it’s a red flag.

“I was never ever once able to call the actual people I was getting the puppy from and speak to them," Hodge said.

Hodge knows he’ll never get the money he sent over to that scammer back. He’s just happy he eventually found his perfect match.

If you would like to report this type of scam, you can contact the Kentucky Attorney General’s office at 888-432-9257 or report online at ag.ky.gov/scams. You can also report using the Better Business Bureau’s Scam Tracker.