The Kentucky Labor Cabinet said despite the system being overwhelmed, Unemployment Insurance managed to pay out almost $5.93 billion 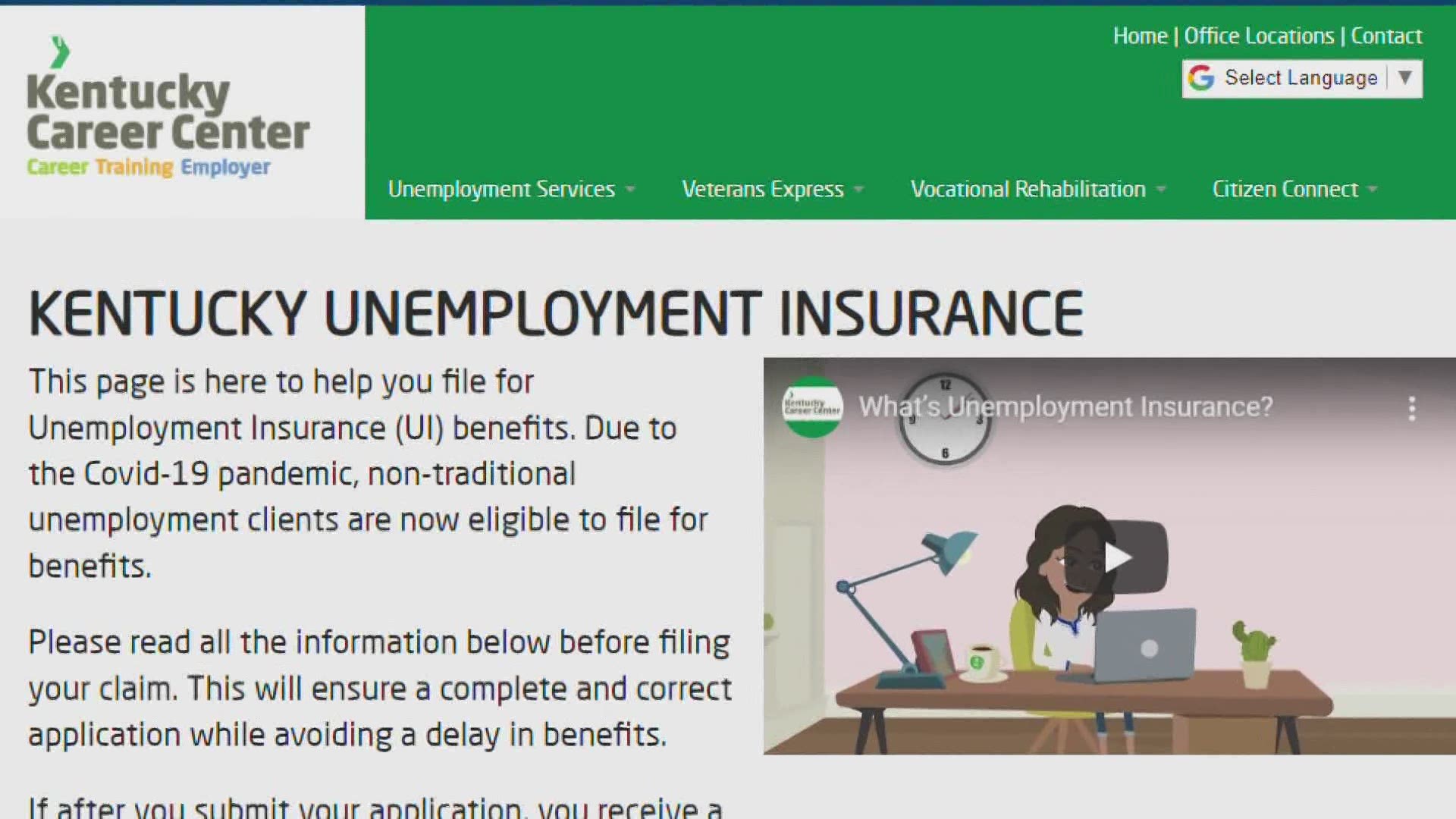 LOUISVILLE, Ky. — What a long year it’s been, and no one knows that better than those out-of-work and who continue to wait for unemployment benefits.

According to the Kentucky Labor Cabinet, about 745,000 claims have been filed since the pandemic forced businesses to close, creating unprecedented unemployment.

The Cabinet said despite the system being overwhelmed, Unemployment Insurance managed to pay out almost $5.93 billion.

However, outside of the 55,011 total claims denied and 94,609 claims pending with issues, there were still 56,152 claims without fraud or identity issues which still haven’t been processed.

One year later, many of the same problems remain, as well as new ones.

“My Lord, I mean, these are people’s lives,” Ben Isaacs of Louisville said.

Isaacs, 70, filed in January and because nothing was happening with his unemployment claim, he scheduled a phone appointment for 1:15pm, March 1.

Isaacs showed FOCUS his confirmation email as well as the text reminder, but no one called. He could only chuckle.

“I know there were 125 appointments and calls, my guess is they only made 124 that day," Isaacs said.

So common sense, let alone common courtesy, Isaacs says, would have UI contact him to reschedule.

“There’s a total breakdown of customer service,” he complained.

Getting nowhere with the phone queue like so many Kentuckians have, Isaacs had to schedule a new appointment for April, ironically at 1:15pm again.

That adds up to 13 weeks of waiting.

“Now, if you think I’ve got confidence to know that I’m going to get that call April 12, I got a bridge to sell you in Arizona,” Isaacs said.

Although it’s unclear what the hold up is with Isaac’s claim, many claims continue to remain “under investigation” and filers struggle to get through to anyone with UI to find out why.

Widespread fraud on a global scale is causing major headaches in Kentucky’s unemployment system and in virtually every system nationwide.

“We recently denied and caught 300,000 claims that we believe were fraudulent,” Amy Cubbage, the Governor’s Office General Counsel, said.

The state signed on with identity verification tech company ID.me, following a FOCUS investigation into fraud.

Co-Founder and CEO, Blake Hall, pointed out then that ID.me was on Kentucky’s radar.

“Another round of stimulus funding,” Hall said. “So we’re in the fourth or fifth inning.”

While many are striking out on their claims here, others in other states are getting checks coming out of left field.

Daitrell Knight and her cousin Keionna Jones both live and work in Louisiana, but Knight got two checks totaling $1738 from Kentucky employment dated Feb. 15 and Jones received a debit card.

“It’s really disturbing that someone has my information,” Jones said.

Meanwhile, FOCUS followed up with Tony McCoy one year later.

McCoy, 65, was one of the first filers FOCUS helped get paid.

McCoy said he got his last payment from unemployment in December for just $93.

Governor Andy Beshear, D-Kentucky, has said repeatedly that even though he inherited a technologically outdated and severely understaffed unemployment office, he takes full responsibility for the problems and fixing them.

When asked 1 year later if he had any regrets, Gov. Beshear wished he could have predicted the crisis and therefore replenish past budgetary cuts.

“Get those offices back open and the very least people would be in the communities virtually with individuals that need help,” he said.

While accomplishments have been made, problems persist.

“Time’s running out on people that we don’t have,” McCoy argued. “There’s just holes in the system and we’re falling through them, again.”