Nursing home residents and their families say there’s a document they received during the admissions process they wish they hadn't signed—an arbitration agreement. 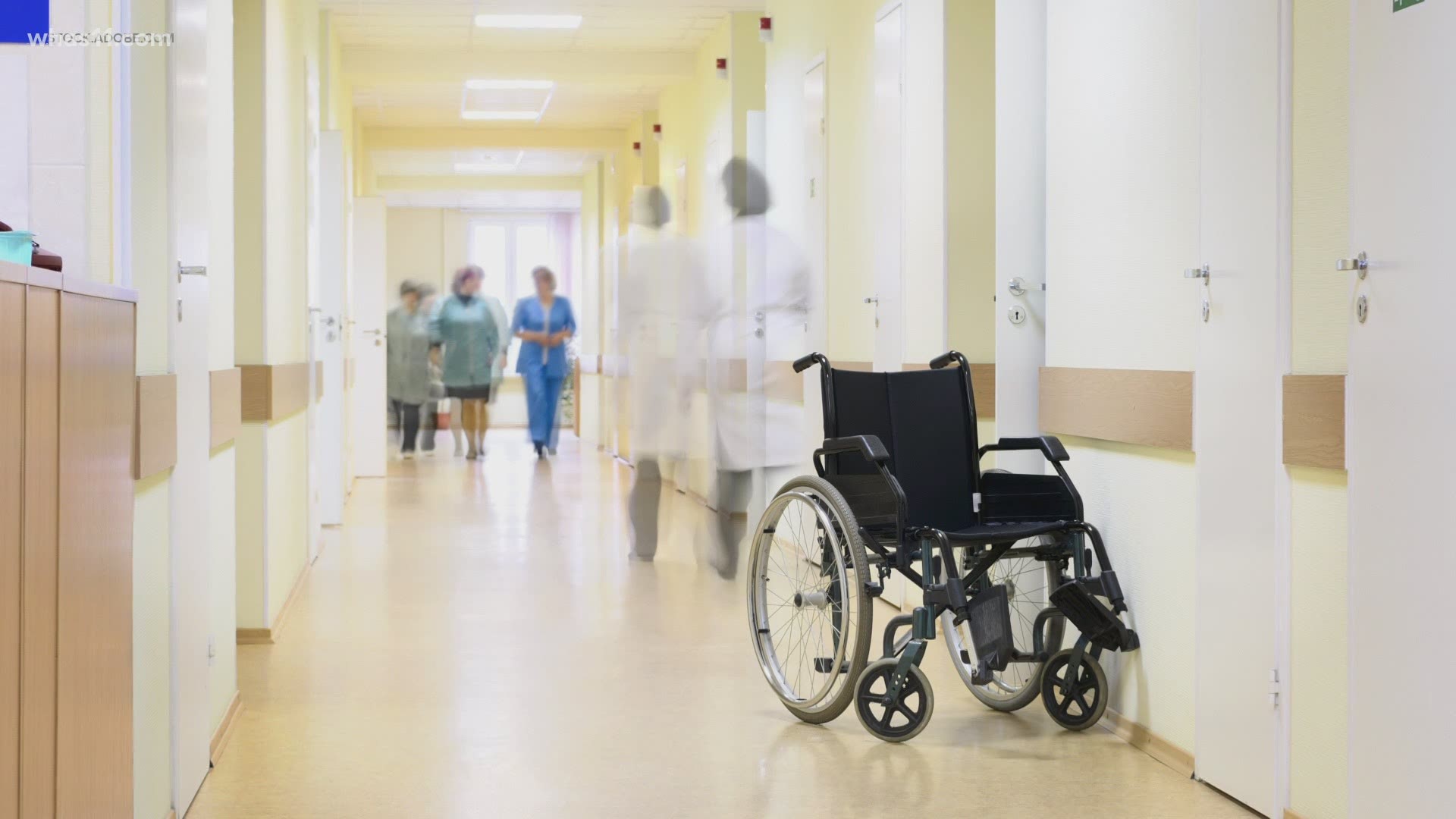 LOUISVILLE, Ky. — On any given day, there are more than 20,000 people living in nursing homes and rehab centers in Kentucky, according to a spokesperson at the Kentucky Department for Public Health. Many of them are nearing the end of their lives. They are among our most vulnerable.

“Well, I think you just don’t want anybody to go through pain," said Kelli Stein, a nursing home resident advocate.

But during the final years, the pain was overwhelming for the woman Kelli Stein cherished most— her mother.

Her mother is no longer around to tell her story. She passed away from complications after a long battle with Parkinson’s disease in 2016. So Stein is giving her a voice. She said it’s her responsibility to reveal a deceptive practice among nursing homes.

“She had the broken shoulder, that was not repaired, wasn’t even x-rayed for a whole week," said Stein.

She said it happened as a result of neglect, while her mother was living at a nursing home in Louisville from 2012 to 2014. Stein’s mother, June Lee, once the president of Kentucky’s teachers’ union, was always an advocate for others.

She appeared on WHAS back in 1976, while leading a teacher’s strike. She fought for smaller class sizes and more pay for thousands of educators. Her daughter saw her mother lose her fighting spirit.

More from FOCUS: ‘It seems that they did not value her as a human.’ | Investigating decades old claims of wrongdoing inside Central State Hospital

“Oh, it makes me really angry. It really does," said Stein.

“Why are you sharing your story with me?” asked FOCUS investigative reporter Paula Vasan.

“So people will know their rights are being taken away from them," said Stein.

Stein said she wishes someone had told that to her, before she signed on a dotted line after admitting her mother into the nursing home. An administrator handed her a document.

“She’s like oh we just forgot to get you to sign a piece of paper when we signed you in this morning. And I was just like okay and just signed it because it was just such a rush because there was no explanation of what it was," said Stein.

“Did you know what you were signing?” asked Vasan.

That document is known as a pre-dispute binding arbitration agreement. Legal experts tell us the majority of nursing homes in Kentucky and around the country include it in their admissions process.

“You don’t have to sign these forced arbitration to get into a nursing home," she said.

By signing it, Stein – who was her mother’s power of attorney – gave up her right to a jury trial under Kentucky’s Constitution. Unknowingly, on day one of admitting her mother into that nursing home, Stein relinquished her ability to ever bring a civil suit against the facility.

“I wish I would have known that I didn’t have to sign that clause," said Stein.

It's a clause that took her allegations into a private setting instead of a public one. It led to her being unable to tell us the name of the nursing home that caused her mother so much pain. But we found it, digging through documents. Limited court records reveal the nursing home was Oaklawn Health and Rehabilitation Center in Louisville. They never admitted to wrongdoing. We tried contacting the nursing home directly, but it doesn’t exist anymore. A few years ago, it was sold. Stein’s attorney Lindsay Cordes has seen it happen many times before. When nursing homes face bad ratings and legal trouble, she said they often change their names and ownership. Others, she said, threaten to declare bankruptcy to avoid paying out settlements.

“It allows facilities to escape from being held accountable," said Cordes.

And between frequent name changes and arbitration agreements in their admissions paperwork, Cordes said many nursing homes hide the truth.

“We do believe they are intentionally doing it. And we think the reasoning is simple. They do not want the general public and people in our court system to know what is going on in these nursing homes," said Cordes.

More from FOCUS : The ups and downs in the journey for unemployment payments

“It’s an agreement by the parties to just go to a different forum," said Newman.

It's a forum she believes is more efficient.

“Arbitration will expedite a case. It will go faster, you could get things done more quickly, you don’t have to wait on the court’s docket," said Newman.

But Stein and her lawyer argue the public is often kept in the dark when lives are at stake.

“If you go to a restaurant you could see a letter grade on the restaurant and you could say oh if there’s a C on the front of that restaurant I may change my mind and go somewhere else. Well you don’t have that opportunity to have a grade on a nursing home when you walk in that door," said Stein.

But there is similar information if you know where to look, within The Centers for Medicare and Medicaid Services. We dug through public government data on hundreds of nursing homes in Kentucky. The numbers show in general, facilities rated the worst have something in common: shorter amounts of time staff spent with residents.

“You may have these facilities that could have easily prevented this if they were adequately staffed, if they had adequate infection control in place," said Cordes.

But without enough staffing, she said nurses are often stretched too thin. Many argue lack of state staffing requirements perpetuates the problem. Kentucky is one of only a few states without a minimum daily requirement of hands-on nursing care for residents, according to Charlene Harrington, a professor at the University of California, San Francisco who studies the nursing home industry.

Cordes said residents often pay the price. Attorneys we’ve interviewed said this is something they see far too often. In nearly all of their cases, they said, nursing home residents or their families have unknowingly signed arbitration agreements, often just a few pages in a stack of admissions paperwork. One arbitration agreement we obtained says in part: “The parties understand… they are selecting a method of resolving disputes without resorting to lawsuits or the courts…” In short, you won’t find their stories in a Google search or a courthouse.

More from FOCUS : Students at 'economically disadvantaged' JCPS schools were twice as likely not to log onto online learning

"So you don’t hear about some of these egregious things that are happening at nursing homes," said Cordes.

Yarmuth has been fighting for federal legislation that would require more transparency. It’s called The FAIR Act.

“You have to make sure that people who are signing these agreements have a full understanding of what it means for them. That they may basically never have a way to hold a nursing home or other business accountable for neglect and abuse," said Yarmuth.

His proposed legislation, currently stalled in Congress, faces opposition from a wide array of corporations, including nursing home lobbyist groups. They argue arbitration agreements result in speedier, less costly decisions. But Stein said these contracts favor big corporations, putting a muzzle on those who just want a voice.

We reached out to more than a dozen nursing homes in our area. In multiple follow-up emails and calls, we asked them whether their staff explains to residents and their families that signing an arbitration agreement would mean their Constitutional right to a jury trial would be taken away from them, should they want to sue the facility. Not one of them answered that question by our deadline.What you need to know— you don’t have to sign it to be admitted. Kelli Stein said not signing could be key to transparency and accountability.