Kentucky woman called 911 for help, the dispatcher called back twice. She was found 12 days later dead at home

Donna Vickers was found dead in her apartment 12 days after she called 911. What went wrong? The FOCUS Team investigates this mystery from 2019. 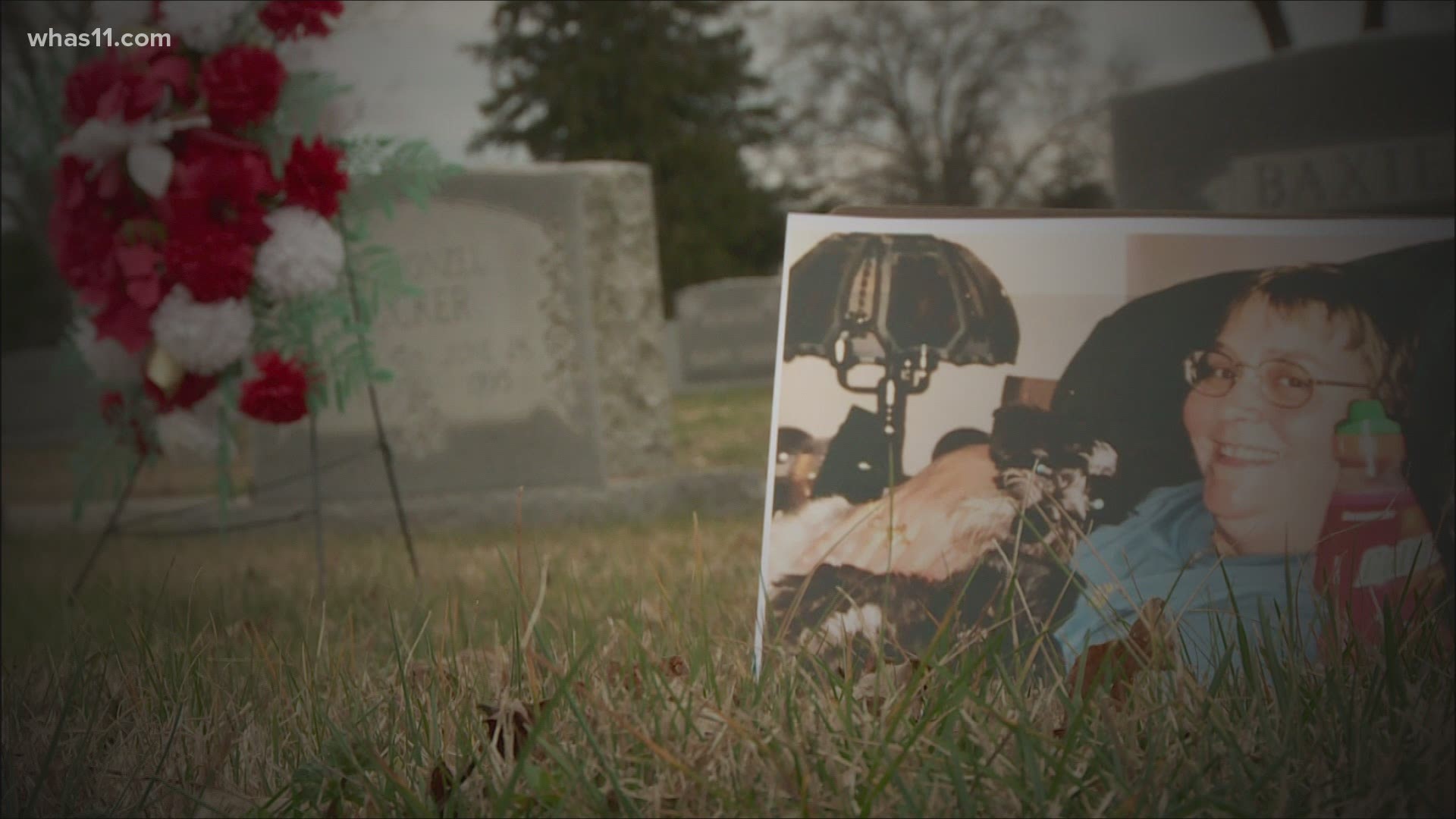 It’s the service many reach out to in case of emergency. Some emergencies are more serious than others but one call to the service at 1:51 a.m. on August 21, 2019 was shrouded in mystery.

The phone call was just 9-seconds long with just one word – and then, the hang-up.

A Metrosafe 911 call-taker twice calls the number back but it rings multiple times before going to voicemail.

There was no name and no idea who was reaching out.

Sixty-eight-year-old Donna Vickers had lived alone, her miniature Schnauzer was her loving companion. Both were found dead in her first-floor eastern Jefferson County apartment.

“It doesn’t seem real,” Gary Eccles, Donna Vickers’ brother, said. “I go to sleep at night and think about her laying there beside the bed and nobody there to help her.”

He said he usually spoke his sister every couple of weeks and reached to her out on the Friday before police found her.

Eccles said his sister was still holding her cell phone when police discovered her after conducting a welfare check.

Instead, Vickers called Metro911 and her call went unanswered for 12-days. According to Eccles, his sister was diabetic and the last time they spoke, she was having trouble controlling her blood sugar levels.

Eccles kept his sister’s cell phone, showing where she made the call to emergency services in the wee hours of August 21. He holds on to the belief that 911 failed to answer the call for help.

“I think that she was in a diabetic coma,” he said. “I don’t understand why they couldn’t have found her – that’s my biggest problem.”

There is a recording and there is something that sounds like a connection, it’s just that the call was connected to a system and not a person.

“Our equipment caught the recording, we just didn’t have anything to go on,” Mark Jeziorski, Louisville Metro Emergency Services said.

Jezioski said when the call comes in to their center, the equipment is finding which call taker terminal is available and routing that person to them. He said it’s a very small gap and unfortunately that’s when Vickers spoke.

Because Vickers hung up so quickly, Jeziorski said, there wasn't enough time for a call-taker to pick up. He also mentions they didn't know there was even a recording until the case came to their attention and then they investigated.

“Is there any possibility that it was connected, that call? No. It was gone, our system automatically labels it a 911 hang-up,” he said.

Hang-ups, Jeziorski points out, normally get sent up to police to go and check on.

However, Vickers again wasn't on the line long enough, he says, for an operator to trace the call to an exact location. It was later traced to a cell tower.

What's being done to help people in emergency situations?

Louisville Metro Emergency Services now has a free service called Smart911. The system gives Metrosafe 911 better odds of finding a caller and knowing what could be wrong.

“If you are registered, your profile will pop-up with information about you; like your address, your phone number, age, medical conditions – anything we need to know,” Jeziorski said.

That information could have been vital in Vickers’ case but Jeziorski said if you don’t stay on the line long enough, there’s no transmission of that data.

“Even that system [Smart911] wouldn’t have helped her in this case,” he added. “We just didn’t have anything to go on.”

“She didn’t get any help, but she tried for it,” Eccles said.

Eccles still can’t wrap his head around how 911 recorded his sister but no one heard it until it was too late – 12-days later.

“I never had that way of saying goodbye to her, now I get to go to the cemetery and look at her grave, and look at a plot, it doesn't seem real, I don't know if it'll ever seem real,” he said.

Eccles has pursued civil action, and he's been trying to get access to his sister's phone records.

Both efforts, however, haven't gotten anywhere.