'I don't want to be here.' | Louisville family plans move after targeted with anti-Asian hate

The family now lives every day in fear. They no longer sleep in their own beds but in the middle of their living room. 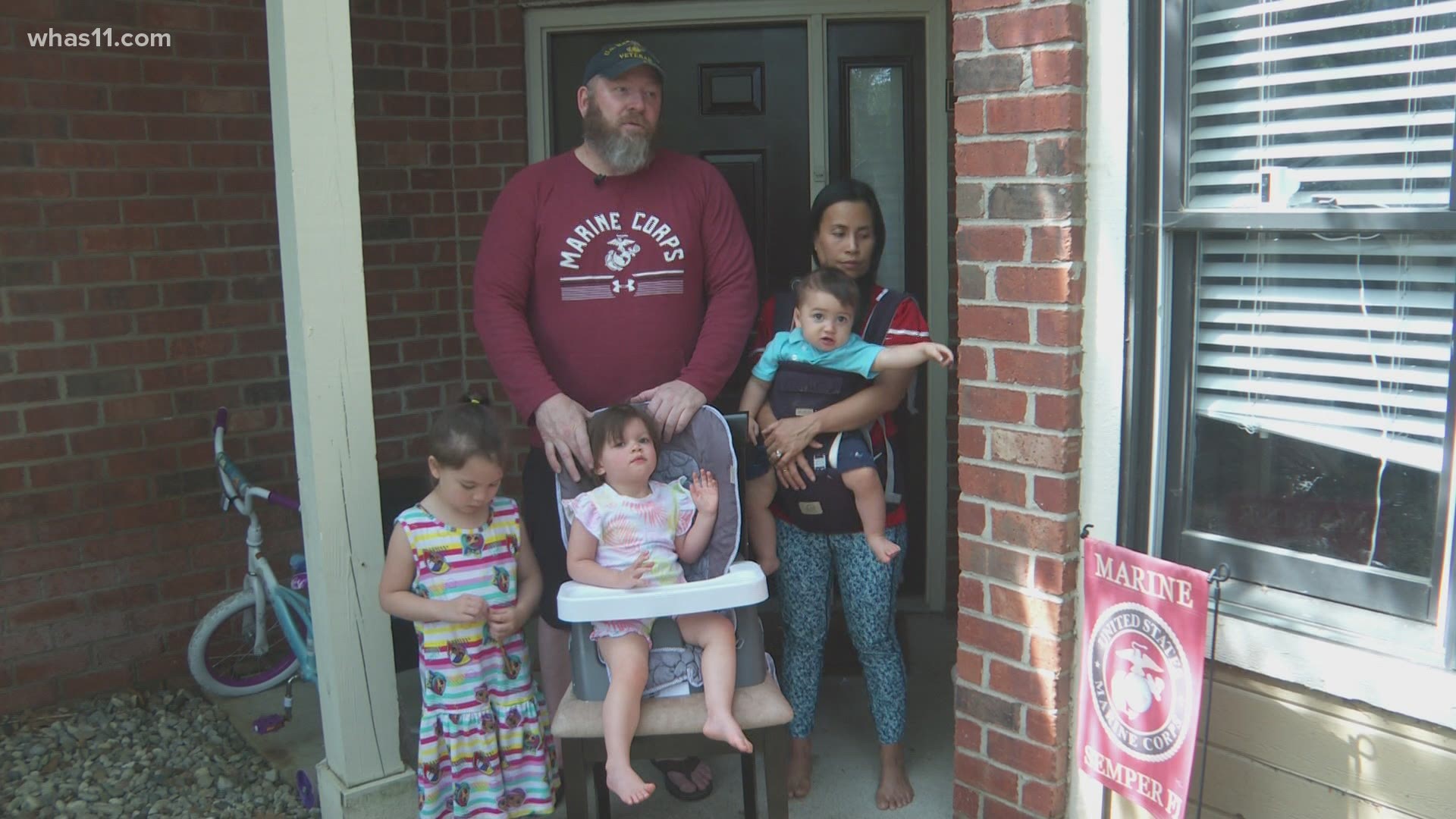 LOUISVILLE, Ky. — A family in Louisville is furious with police because they say it took them five days to respond to racial slurs written in graffiti outside their home.

“My 4-year-old and my wife are afraid to go out of the house right now,” Todd Blankenship said.

“I don’t want to be here,” said his wife, Sasiwan Onphukhao.

The family now lives every day in fear. They no longer sleep in their own beds but in the middle of their living room.

“I’m afraid that I’m going to be asleep in this room and someone’s going to shoot my daughters in their room without me being able to do anything about it,” Blankenship said.

“That’s not a world I want my kid living in. And I don’t think it’s a world anyone wants their kid living in,” Blankenship said.

Reyleia has a message for whoever graffitied the front of her home, “Go away.”

It’s a message she put outside her family’s apartment door after anti-Asian racial slurs were found there last month.

But it won’t be their home for much longer. Feeling like strangers in a city they’ve long called home, they’re selling their belongings to live with family in Thailand.

“Well, home for my wife is from Nakhon Sawan, Thailand which is about three hours north of Bangkok,” Blankenship said.

Their frustration, intensified, they say, by the lack of police response to what they call a clear threat to their safety. According to Blankenship, it took five days for two detectives to arrive at their home. He said it made him lose confidence in police.

“The police haven’t watched out for us,” Blankenship said. “So, we have to look out for ourselves.”

FOCUS investigative reporter Paula Vasan asked Louisville Metro Police why it took five days for the police to arrive at the home.

“It should have been routed to where an officer was dispatched to the scene. That did not happen. We take ownership of that,” LMPD spokesperson Dwight Mitchell said.

Mitchell said the delay was caused by human error and they’re working to make sure it doesn’t happen again.

When officers did arrive at the home, Mitchell said they labeled the crime as “criminal mischief” with anti-Asian bias. According to Kentucky state law, only a judge can determine if it’s a hate crime.

Kentucky State Representative Nima Kulkarni said “there’s a disconnect” and it’s one of many reasons why hate crime in Louisville and around the country is severely underreported.

Victims of hate crime are often reluctant to speak up, Rep. Kulkarni said. “And in order to collect data they have to be brave enough to come forward.”

But victims often fear being vocal will lead to more hatred and violence. It fuels underreporting of a crime that’s only getting worse, Rep. Kulkarni said.

“It’s not a situation where you have an accurate count,” Rep. Kulkarni said.

Around the country, police data shows anti-Asian hate crime is spiking. Research by the Center for the Study of Hate and Extremism shows hate crime has risen more than 190% in cities nationwide during the first part of this year compared to the same period last year.

Rep. Kulkarni is calling for police to develop a better process of responding to hate crime, tracking patterns. Meanwhile LMPD said they’re continuing to investigate what happened to this family.

For Todd Blankenship, Sasiwan Onphukhao and their children, it's too little too late.

“We’re moving now so their response means nothing to me,” Blankenship said.

The family hopes others don’t have to go through the fear they’re living through.

If you’ve been a victim of hate crime or know someone who has been, please reach out. We want to hear from you. You can email us at focus@whas11.com.