In the past seven months, between 10 percent and 18 percent of COVID-19 cases in Louisville have been from the Latinx community. 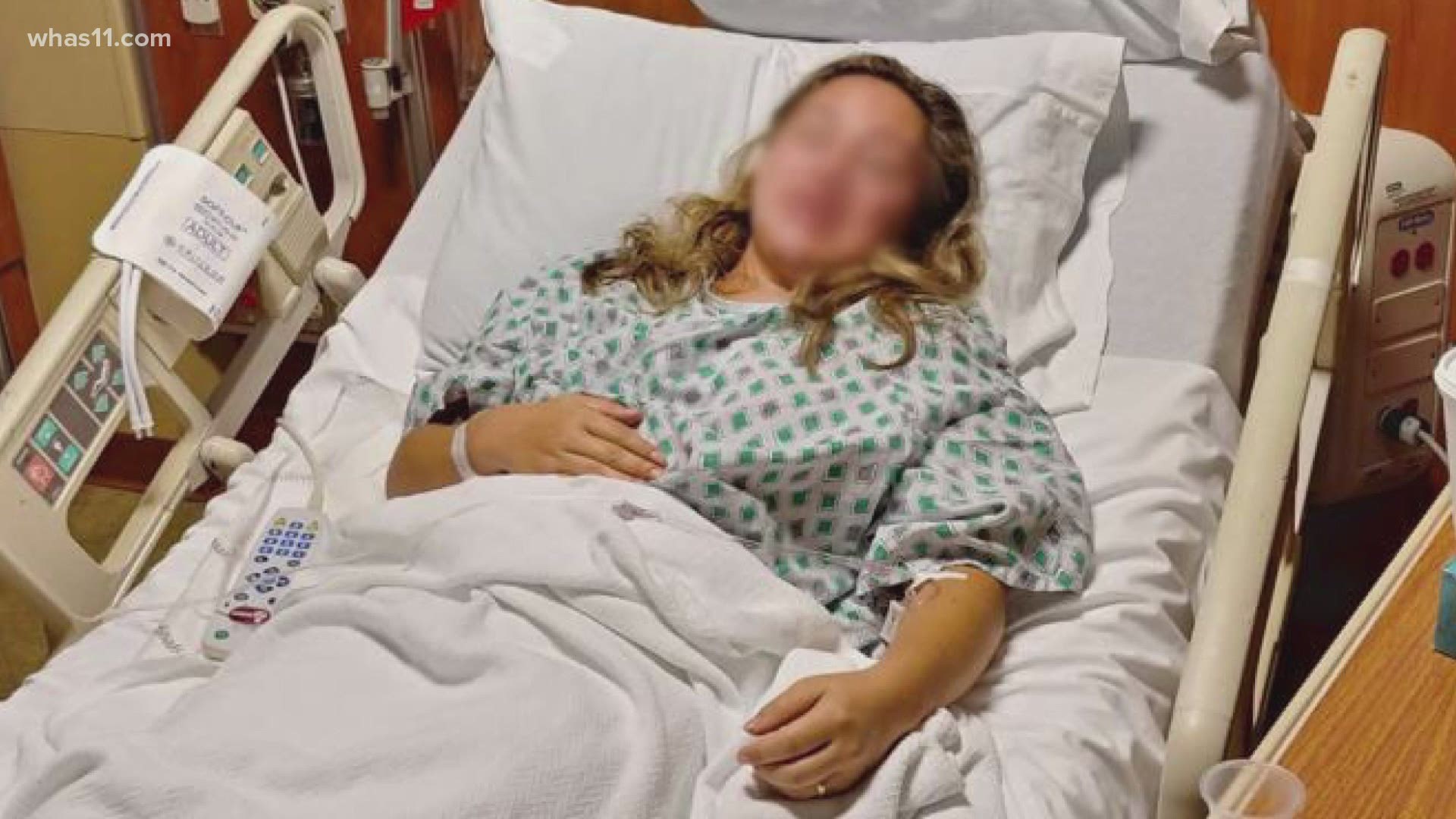 Editor's Note: This report involves a woman who is undocumented. In the related video, we are blurring faces and not revealing full names. This is out of consideration for the family’s privacy and security.

Immigration officials around the country are continuing to deport undocumented immigrants.

Thirty-seven-year-old Luz, an undocumented woman in Louisville, said she's grateful to be alive. She's relieved her most recent kidney surgery will give her more time with family. But there’s been a growing weight on her shoulders.

Without health insurance, the bills add up fast. Luz said she owed more than $30,000. She’s sharing her struggles with healthcare in hopes of helping others.

There are feelings of fear and uncertainty of not knowing where or how she'll get medical attention. Luz already works 12-hour days cleaning houses and will have to work even harder. It worries her daughter.

“How is she going to be able pay for the bills when she may be in recovery?” said her daughter.

Luz immigrated to Louisville from Colombia to give her daughter a better life. She said Colombia is a "violence-filled country that lacks labor opportunities.”

She immigrated legally, with a 6-month visa, but it expired about seven years ago. She said renewing could mean separation from her family, calling it a lengthy, risky, and very difficult process.

No health insurance means she delays seeking medical attention until the pain is unbearable.

“I know that her job is a lot of physical work and… she doesn’t get the yearly check ups that she needs," said her daughter.

The struggle Luz is facing when it comes to health care isn’t unique and many undocumented immigrants said their struggle isn’t only about medical costs. There’s also a fear factor.

“There’s a lot of legitimate fear about revealing whether or not you have the legal standing to be in this country or not right now," said Melissa Mather, communications director at Family Health Centers, a nonprofit community health center in Louisville, with a single mission.

“Our goal is to provide preventative and primary care services to anyone regardless of the ability to pay," said Mather.

When asked how COVID-19 is perpetuating this problem, Mather said it intensifies already existing health inequities.

In the past seven months, between 10 percent and 18 percent of COVID cases in Louisville have been from the Latinx community. But they represent only 4.5 percent of the population, according to the Louisville Metro Department of Public Health and Wellness

Not only is the Latinx community disproportionately hit by COVID-19, but they’re also less likely to have health insurance. Health experts blame the disproportionate impact on several reasons. For example, working conditions common in the Latinx community, in largely service industries, often force people to be in close proximity. Multiple family members living together in smaller housing fuels the problem, making the spread of COVID more rampant.

Women have seen higher unemployment than men during this recession, according to Gelatt. During peak unemployment in April, Latinx immigrant women saw unemployment of 21.6 percent and U.S.-born Latinx women had unemployment of 19.8 percent. The main reason, Gelatt said, is that Latinx women work at high rates in the industries that were hit hardest by social distancing measures, namely hospitality and retail.

According to the U.S. Census Bureau’s 2019 American Community Survey, which represents the latest data available, the uninsured rate among the Latinx population in Kentucky is 20 percent. That’s the highest of any ethnic or racial category in the state, excluding the Native Hawaiian and Other Pacific Islander population. The average uninsured rate in Kentucky is 6.4 percent.

Mather said her goal is to remove health care obstacles, not only during a pandemic.

“If you live at or below poverty we’re going to ask you to pay a $20 fee for your doctor visit," said Mather.

“We were able to connect her to our outreach and enrollment office whose specific work is to help people enroll into Medicaid or other health insurance options," said Mather.

They enrolled her in temporary health insurance, also known as "Presumptive Eligibility," approved in Kentucky by the federal government in light of COVID-19. It's quick access to temporary health insurance, which covers three to six months. Many Kentuckians have described the coverage as “essential” during COVID-19, according to the Kentucky Cabinet for Health and Family Services. It covered all of Luz's recent surgery and hospital bills.

“I’m really happy that we were able to help her but there’s probably a lot of other people out there that we want to be able to help too," said Mather.

Luz and her family hope others who need medical care don’t struggle in silence.

NOTE: You heard the term Latinx in this report. "Latinx" has become an inclusive term to refer to people of Latin American descent. It describes people who don't want to be identified by their gender. It’s used as an alternative to Latino or Latina.

Family Health Centers is a nonprofit community health center that provides a variety of health care services regardless of a person’s health insurance status or ability to pay for services. They provide services to more than 43,000 patients annually through eight Family Health Centers sites throughout the Louisville area.

According to the Kentucky Cabinet for Health and Family Services, since June 30, Kentuckians who are uninsured and under 65 have been able to apply for short-term coverage through Medicaid Presumptive Eligibility. Families can apply online at chfs.ky.gov or kynect.ky.gov, by contacting an application assister at kynect.ky.gov or by calling 855-459-6328. For more information, go to https://governor.ky.gov/covid19.