For 58,000 filers, their claims remain in limbo despite no fraud or identity issues, according to the Kentucky Labor Cabinet. 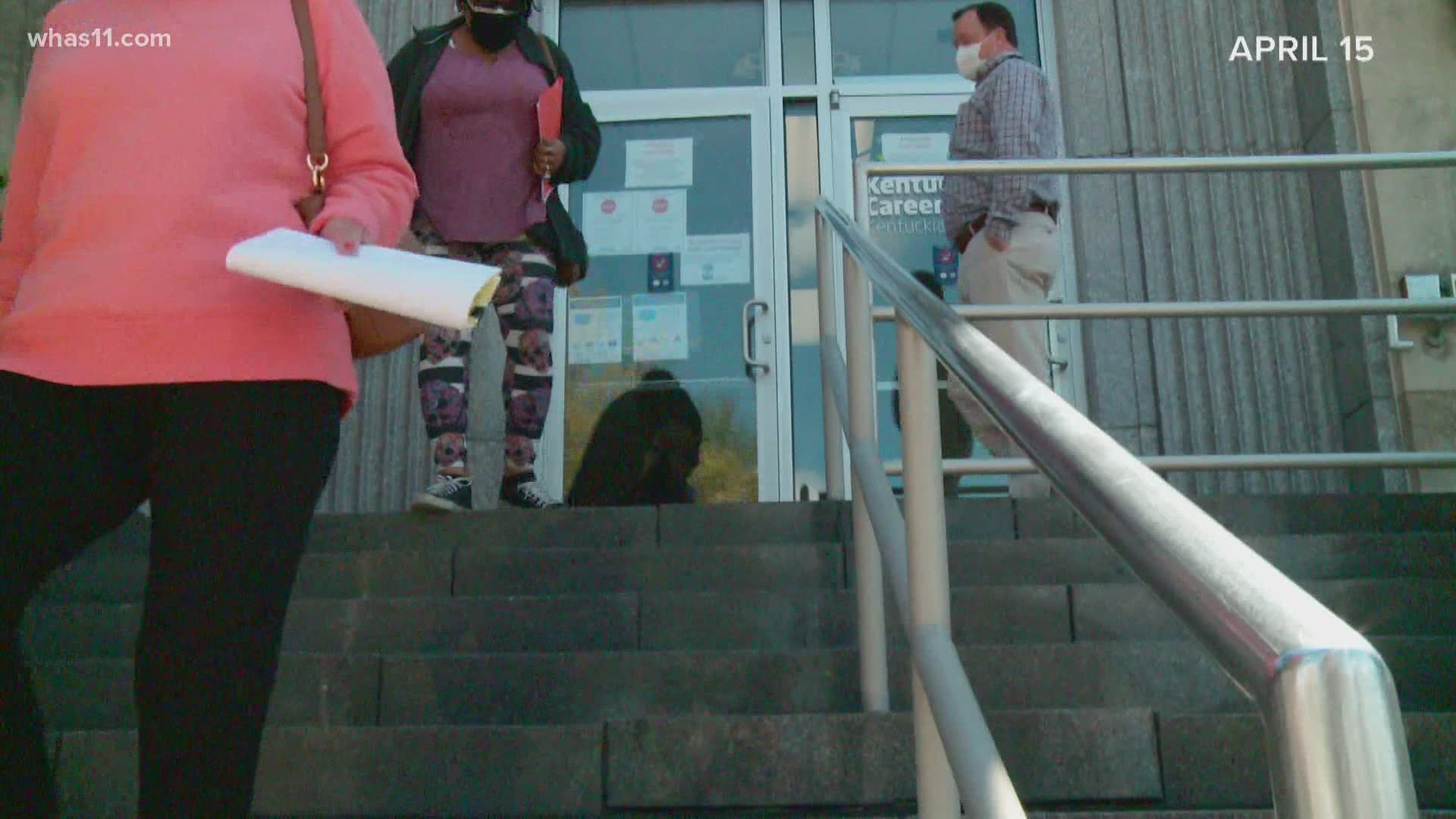 LOUISVILLE, Ky. — It promised to be the path to resolution and ultimately, money in the pocket.

Appointments with a Kentucky unemployment specialists to fix claims tied up for weeks and months, in some cases, have been met with complaints of empty promises.

A big sigh of relief is the desired outcome upon leaving a Kentucky Career Center.

It’s what unemployment filers have been lining up for since the centers re-opened April 15.

The following day on April 16 was 55-year-old Brenda Woodham’s “first” time at the Somerset office, traveling via cab. She said a specialist told her the claim was fixed and $5,500 in backpay was coming.

“It never came, and my account was never fixed,” she said.

Woodham went back to the KCC site to get another appointment, set for 9 a.m. on May 3.

She received a different specialist who told her the claim was fixed but ended in the same result. A third appointment has been scheduled for next Tuesday.

“Do you look at it as a third time’s a charm or three strikes you’re out?”, FOCUS investigative reporter John Charlton asked.

“Three strikes I’m out because they haven’t done nothing yet,” Woodham said. “Why do I think they’re going to do something on the 18th? I don’t know. It’s just a big letdown.”

Woodham wasn’t getting anywhere with Kentucky unemployment, so FOCUS brought up her claim in front of Governor Beshear.

“Two appointments? Things ought to be fixed or people ought to know why there is a continuing issue, no question,” he said.

The Kentucky Labor Cabinet told FOCUS Woodham’s claim is being taken care of.

The FOCUS team followed up with her this Tuesday and more than $4,000 showed up in her account.

“I was like, ‘wooohoo, yeah!”, she expressed with joy. “It was awesome and I thank you for that.”