What are schools required to disclose about COVID-19?

“We need schools to be transparent," said Kentucky Governor Andy Beshear on August 24, during his daily briefing on coronavirus. 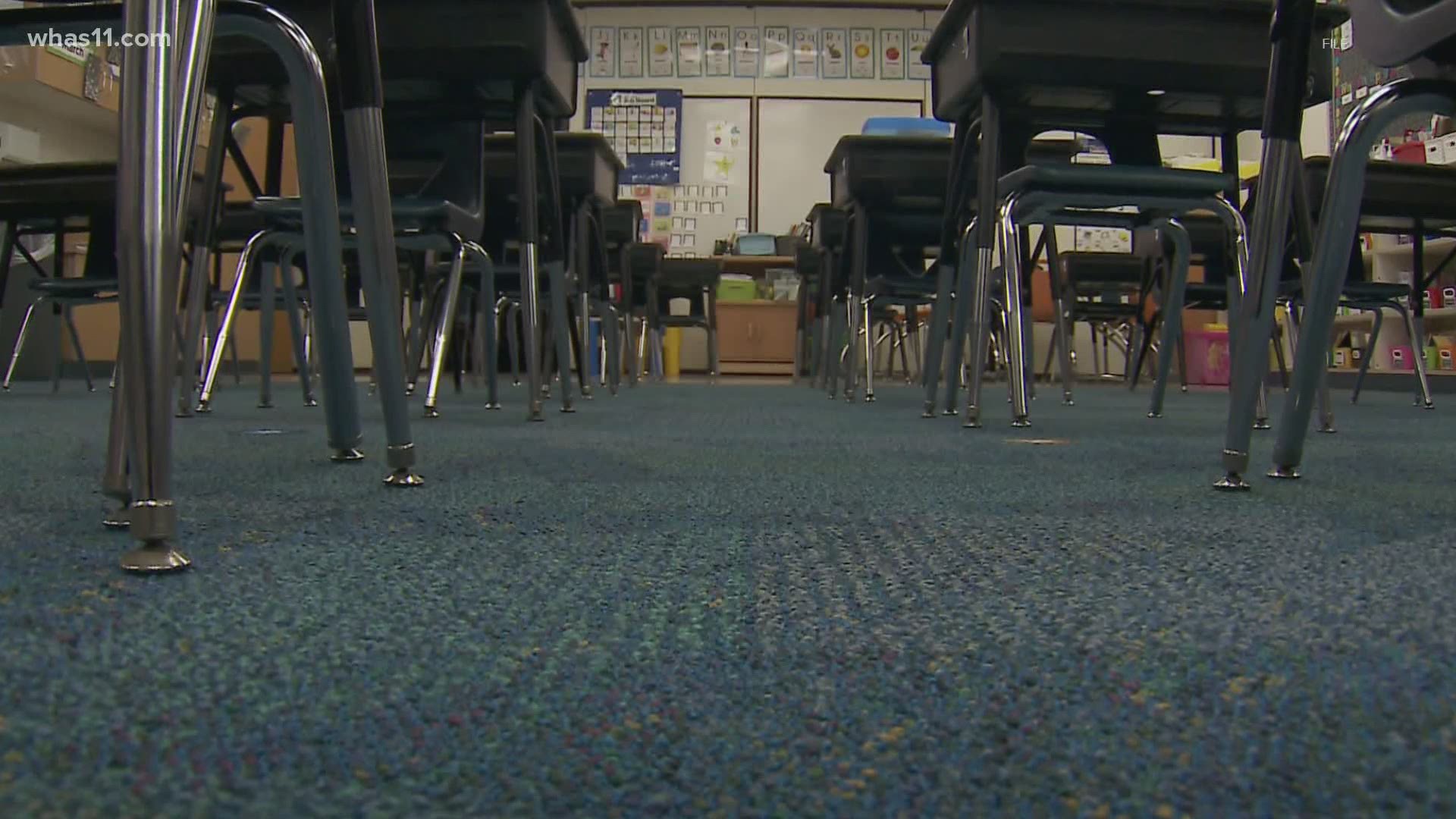 When it comes to positive COVID-19 cases, what is your school required to tell you?

“It’s good information for everybody to know," said 16-year-old Zoe Paige about COVID-19 cases in school. She's a junior at duPont Manual High School in Louisville.

“Yeah I would definitely like it to be reported," she said.

For now, she’s learning remotely. But when she does go back, she wants as much information as possible.

“I think it’s really important. Because if there’s like 200 people in my school walking around who tested positive I’m not going to want to be there," said Paige.

But she’s not sure actual names should be released.

“I don’t know if it would be good for like social-wise. But I mean health wise it might be for the best to release people’s names," she said.

“Our goal will be to give parents and students as much information as we can about what’s going on," said Alan Spade, a teacher at Frankfort High School.

He said his high school’s re-entry plan involves being as transparent as possible about positive COVID cases.

“As a school what are you required to disclose?” asked FOCUS investigative reporter Paula Vasan.

“I know we can’t disclose any names. I think we will disclose as much as possible to give parents as much good information as we can," he said.

But for now, he says it’s voluntary.

“Are there any repercussions if you are not transparent about COVID-19 cases?” asked Vasan.

In June, state officials released a document that said schools must notify their local health department of positive cases, and be prepared to cooperate.

A spokesperson with the Archdiocese of Louisville said Catholic schools are also following those recommendations. The governor has extended his guidelines to private schools too. But like all schools, it’s up to each one to decide the extent they want to comply.

“We need schools to be transparent," said Kentucky Governor Andy Beshear on August 24, during his daily briefing on coronavirus.

Late last month, Beshear revealed new data showing cases among school districts statewide. Updated daily, it shows as of September 3, there have been 375 cases among students and staff.

“That’s great information for people to have," said David Barber, a Louisville attorney.

But the numbers only reflect districts that have reported. Right now, the list doesn’t encompass all 171 school districts in Kentucky. Attorney David Barber, a father of three, says additional reporting would make him feel more confident about his own kids being in school.

A spokesperson with the Kentucky School Boards Association said they can trace updates to school policies regarding contagious disease and parasites back to the early 1980’s. “While we cannot speak to the specific contents of the policies at that time, this indicates that what districts have on the books for reporting cases to local health authorities is certainly not new,” said KSBA spokesperson Joshua Shoulta.

“If you want to open up schools, people have to feel like safety is first," said Barber.

“For parents and students who may be concerned that their school isn’t giving them enough information, what do you want them to know?” asked Vasan.

“The federal laws are not going to prevent any school from giving out information that there are cases there," Barber replied.

He warns schools against hiding behind privacy laws like HIPPA, which protects personal health records. He says privacy laws prevent schools from disclosing names, but not the statistical information the governor has asked them to share.

“So there really aren’t obstacles to disclosing basic information to anybody," Barber said.

It all weighs on Paige’s mind, as she prepares for whenever in-person classes are a reality.

“I’ll be patient until they do find a good way to sort it all out," said Paige.

Governor Beshear has recommended schools stay online only until at least September 28. And when that day comes, students and educators say transparency about COVID-19 will be essential to put safety first.