The lawsuit claims opioid addiction has led to a surge in kids with learning disabilities, as a result of being exposed to drugs while in the womb. 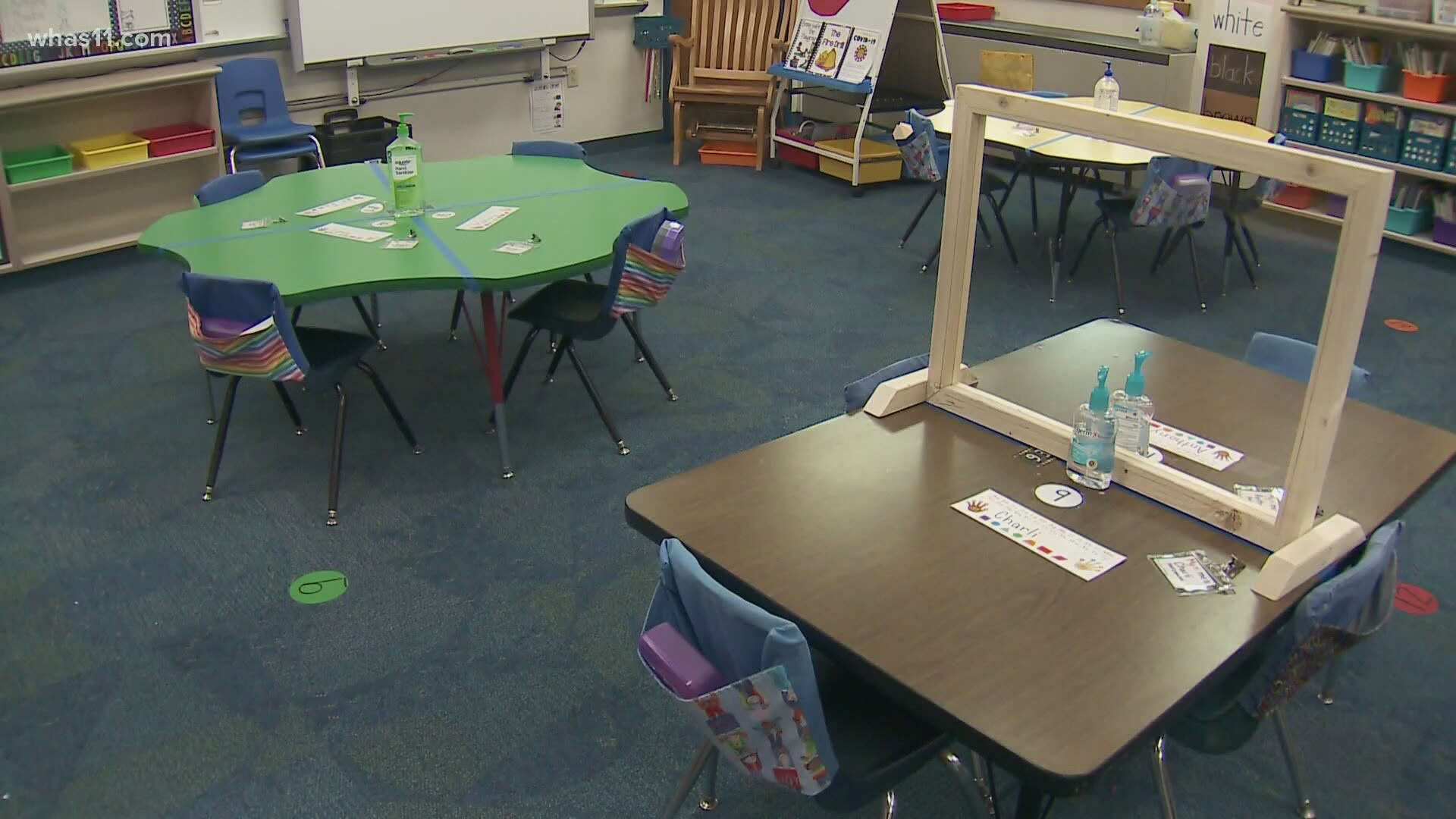 KENTUCKY, USA — Public schools across Kentucky are banding together in a new lawsuit. They’re suing a major company over the opioid epidemic. School districts claim the company's role in the epidemic has led to costs they shouldn’t be responsible for.

“I have a lot of students who are being raised by grandparents, even great-grandparents," said Pam Elkins, an 8th-grade teacher at South Laurel Middle School.

Elkins said about 15% of her students have special needs. Many of them lack support where they need it most.

“They’re not getting the help that they need at home," she said.

She said many of their parents are addicted to opioids.

“But it comes at a great cost," said Louisville attorney Ron Johnson.

Johnson is the attorney behind a lawsuit, filed May 5 in federal court on behalf of public schools across Kentucky. The school districts allege McKinsey and Company, one of the nation’s largest consulting firms, was the driver behind drug-maker Purdue Pharma’s unlawful plan to addict more people to opioids. That plan, according to internal documents, was known as “Project Turbocharge.”

“When they are shipping as many opioid pills as would be appropriate for New York City to a tiny town in Kentucky, how can you reasonably say they don’t know they’re doing something wrong?" said Johnson.

The lawsuit claims they not only knew they were wrong, but tried to cover it up. An email from 2018, cited in court documents, is from a McKinsey and Company executive, who the company fired in February for violating the firm’s professional standards. The email said in part: “It probably makes sense to have a quick conversation with the risk committee to see if we should be doing anything” other than “eliminating all our documents and emails.”

“And they didn’t care because they were recording record profits," said Johnson.

But those record profits, Johnson said, also led to record numbers of opioid-addicted parents giving birth to addicted infants, with what’s called neonatal abstinence syndrome, or NAS. Babies born with this condition show signs of twitching and breathing problems. They’re much more likely to have serious developmental delays. Rates of NAS are acute in the Appalachian region of the state, where up to roughly 56 out of every 1,000 babies are born with it. That's nearly eight times the national average.

Doctor Henrietta Bada has seen the opioid crisis through the eyes of some of the most vulnerable.

“I take care of babies with neonatal abstinence syndrome," said Bada, a professor of pediatrics at the University of Kentucky.

The babies she’s cared for at the worst of the epidemic around 2015 are now school-age, needing more resources. And school districts in Kentucky have footed the bill, seeing a surge in the number of children with special needs.

“And the purpose of this complaint is to switch those who pay for that cost to those who caused the problem," said Johnson.

That cost has been monumental. A spokesperson with the state’s largest school system, Jefferson County Public Schools, said the yearly cost to provide for a student with special needs is as high as around $68,400 per student. That’s more than four times the average cost of a student in the district without special needs.

“So instead of taxpayers and school districts paying for the increased cost of special education we believe those who caused the opioid epidemic should be the ones paying for it," said Johnson.

We reached out to the firm at the center of the lawsuit, McKinsey and Company. In a statement, a spokesperson told us in part:

“We will defend ourselves against cases relating to our past work for opioid manufacturers because that work was lawful and we deny any allegations to the contrary.”

But back in February, McKinsey and Company paid Kentucky $10.8 million over its alleged efforts to boost opioid sales to put to rest any legal claims. The company hasn’t admitted guilt. But they tell us that settlement should resolve claims now brought by school districts. Johnson counters not one dollar from that settlement has gone to Kentucky schools, and it just isn’t enough.

And as Elkins sees her students continue to suffer in class, she feels their pain.

Kentucky is expected to receive additional money from a proposed federal settlement, involving drug-makers and distributors. If a settlement is reached, half of the money would go to the state, and half would go to municipalities. This latest lawsuit aims to make sure schools specifically get the help they need.