A group of seven men allegedly connected to the gang were indicted in January, among them was Warren Griffin originally from Lancaster, Kentucky. 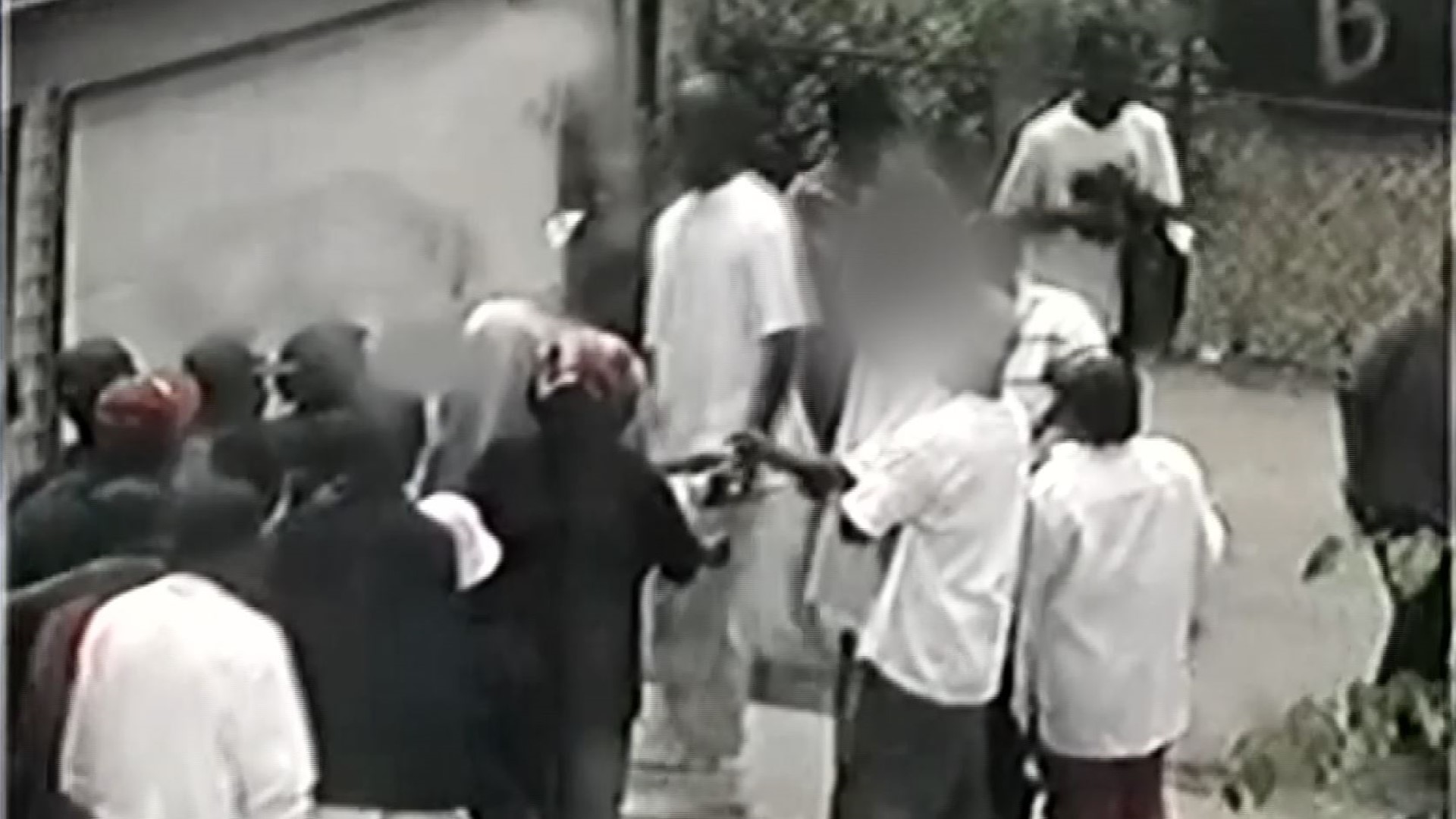 LOUISVILLE, Ky. — A group of seven men were indicted on federal racketeering charges in connection to the violent Gangster Disciples gang including an alleged high-ranking member originally from Kentucky, according to a release from the United States Department of Justice.

Warren Griffin, 51, an alleged “Board Member” in the Gangster Disciples is originally from Lancaster, Kentucky, according to a federal indictment unsealed in January. Lancaster is in Garrard County, about 100 miles east of Louisville.

The indictment filed by federal prosecutors accuses Griffin, also known as ‘GG’ and 'Big Head' of murdering a rival Gangster Disciples board member in Chicago back in 2018.

The indictment alleges he was conspiring with Anthony Dobbins, another board member, who was among those arrested.

Prosecutors claim Griffin had discussions with Dobbins intending to kill members of their own gang that were resisting the new leadership for a chapter in East St. Louis.

He's currently being held at a federal prison in Ashland, according to the Federal Bureau of Prisons.

The January indictment says while he was locked up in 2019, Griffin used a contraband phone to make calls from prison.

The indictment describes the Gangster Disciples as a “violent gang with a long history of lawlessness” in the United States.

The notorious gang started was founded by Larry Hoover in Chicago in the 1960s but has since spread to at least 31 states and 110 cities, according to the Department of Justice.

“Those gangs are generational. You've got grandfathers, fathers and sons all members of a gang,” said Jeffersontown Police Chief Rick Sanders.

Sanders has been in law enforcement for 40 years and previously served as the Kentucky State Police Commissioner.

Before that, he spent several years working for the Drug Enforcement Agency (DEA) in Chicago, as the Special Agent in Charge during the early 2000s, describing the gang as having ranks, like a military.

“They're controlled by a chairman of the board, and then they have a board of directors, one in prison, one outside... below those people are the governors and they control the territories," Sanders said.

Members of the gang identify themselves with the six-point Star of David, and pitchforks coming out the top. They'll usually deal cocaine and heroin, according to the Department of Justice.

"They were very disciplined, very organized," Sanders said. "They were one of the biggest gangs in Chicago dealing drugs."

Sanders shared a presentation with WHAS11 News that he created in the early 2000s.

It had a compilation of video captured by police cameras that illustrated the influence gangs had on the streets of Chicago.

One shows an incident in 2003 of how gangs use children to distribute drug.

"He's checking the money to make sure it's real," Sanders detailed. "They know when we make the arrest of a 12-year-old, it's going to not really go very far."

The other shows a gang-related shooting captured by police cameras in the middle of the day.

"He's pulling a gun from his waistband," Sanders said. "Right in front of the camera. You have to harm or kill somebody... as part of your initiation, there's a lot of torture that might be involved,” Sanders said.

Sanders launched a task force in the early 2000s with the DEA in Chicago focusing on taking out the Top 21 major players in organized crime, Gangster Disciples included.

Through his work at the agency they arrested 13 of the 21.

"By arresting these particular king pins... we were actually taking off a lot of drugs, but more importantly we were stopping a lot of the violence," Sanders said.

Sanders said he’s happy to be back policing in his hometown of Louisville, but shakes his head at the uptick of killings as of late.

"The violence that we're seeing now concerns me," Sanders said. "This is a different Louisville and if we don't pay attention and do something about it then it's going to be out of control."

Louisville saw a record breaking 173 homicides in 2020 and as the new year turned, that troubling trend has continued.

Sanders said the city must be able to recognize that gang influence is in the streets and identifying that may be the first step in curtailing the trend of unprecedented violence.

"For a long time, Louisville denied we had gangs, and I said it then, and I say it now, we have to recognize and be transparent that we have gangs, and they're committing a lot of this violence," Sanders said. "We can't ignore that."

As part of this investigation, we took those concerns to Louisville Metro Police Chief Erika Shields, who sent this statement:

“Working to curb violent crime is one of my top priorities at LMPD. Tackling issues related to criminal enterprises and gang-related activities are paramount to addressing violence in any city. We have strong partnerships with Federal agencies and are dedicated to thwarting gang violence. LMPD will utilize intelligence-led policing in identifying and harnessing these issues in our city.”

For more information on the indictment on the Gangster Disciples members, click here.