The proposed law would prohibit a driver from holding a cell phone or another electronic device while their vehicle was in motion. 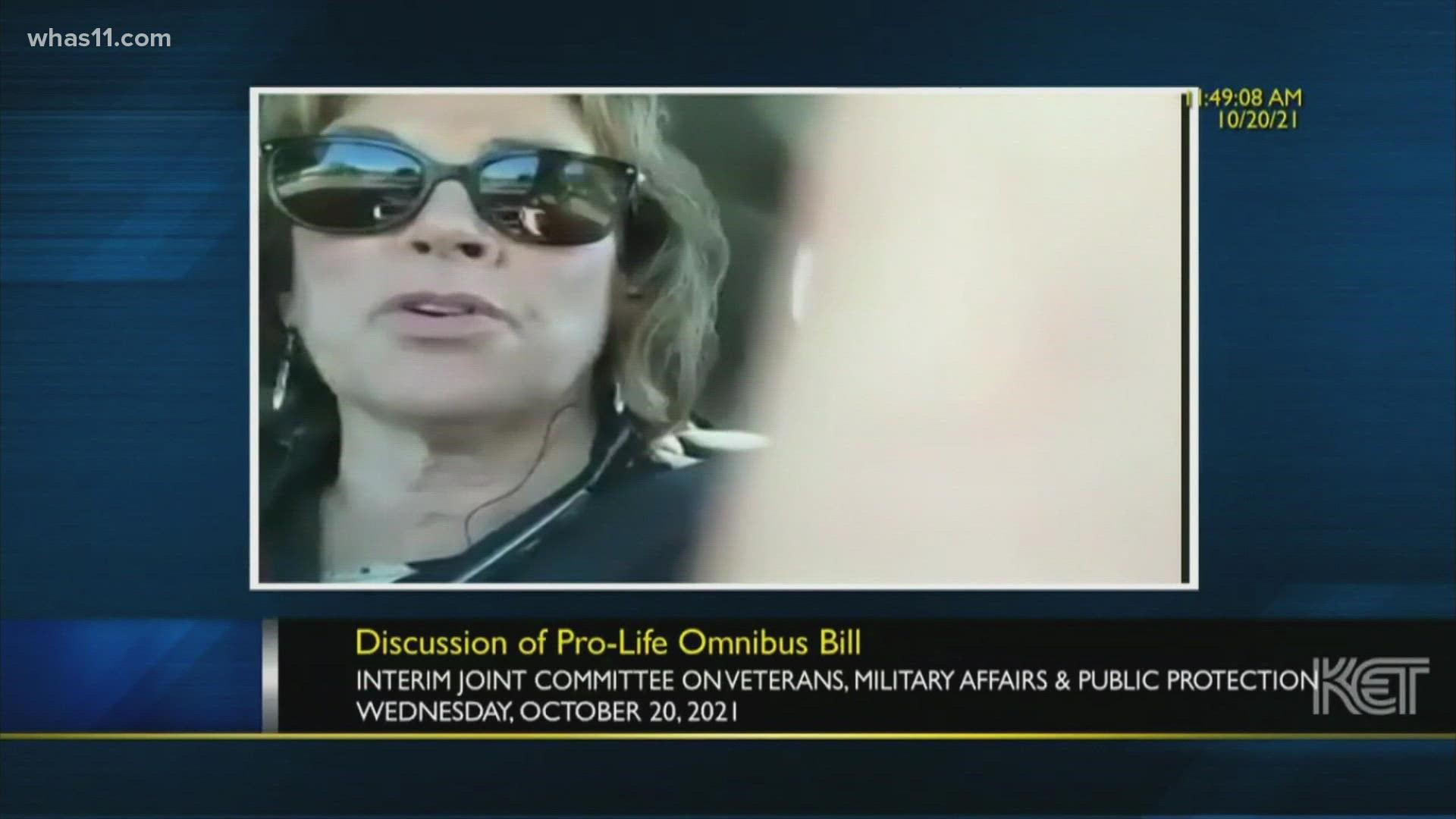 The proposed law would prohibit a driver from holding a cell phone or another electronic device while their vehicle was in motion.

Eight other legislators are cosponsors on the bill, including Rep. Melinda Gibbons Prunty.

“The bottom line is public safety,” she said.

Although she’s a supporter, Prunty also admits she is a frequent violator of the proposed law.

RELATED: Kentucky is in the slow lane when it comes to distracted driving laws

“It’s a bad habit and I need to break it for myself.”

That was on full display at an October 20 state committee hearing.

Prunty Zoomed in on her phone, but she was also driving.

FOCUS played a recording of that hearing to her.

“I guess you could call me a hypocrite if you want to,” Prunty said. “I mean, I’ve honestly told you that I’m guilty of it, I did it before you even showed me.”

“It (her phone) was up on the dashboard. I don’t have a stand to put it in,” she explained.

Despite acknowledging that her actions weren’t a good look as a sponsor on the hands-free bill, Prunty says she looks forward to voting yes if and when it gets to that point at the legislature.

“It will challenge me on a personal level to just be more mindful every day of what I’m doing myself.”

Her admission comes while WHAS11's FOCUS team reporter John Charlton was working on a story about the enforcement of distracted driving laws already in place.

The FOCUS team dug into distracted driving laws and found in Kentucky they're pretty lax. Critics fear it's endangering lives. Our cameras caught drivers in the act.

As of September, there were 10,139 violations over the past 11 years since texting and driving became illegal in Kentucky, according to statewide court records.

Compare that with Indiana, where more than 7,100 citations were issued by October in just the 15-months since a change in the law requires drivers to be completely hands-free.

Kentucky State Rep. James Tipton of Taylorsville believes the reason for low ticket numbers for texting and driving is that police are handcuffed by the current law.