Two new laws are changing the way Kentuckians get alcohol

The coronavirus has changed almost everything in our lives, and happy hour is no exception. We’re breaking down two new laws that impact the alcohol industry. 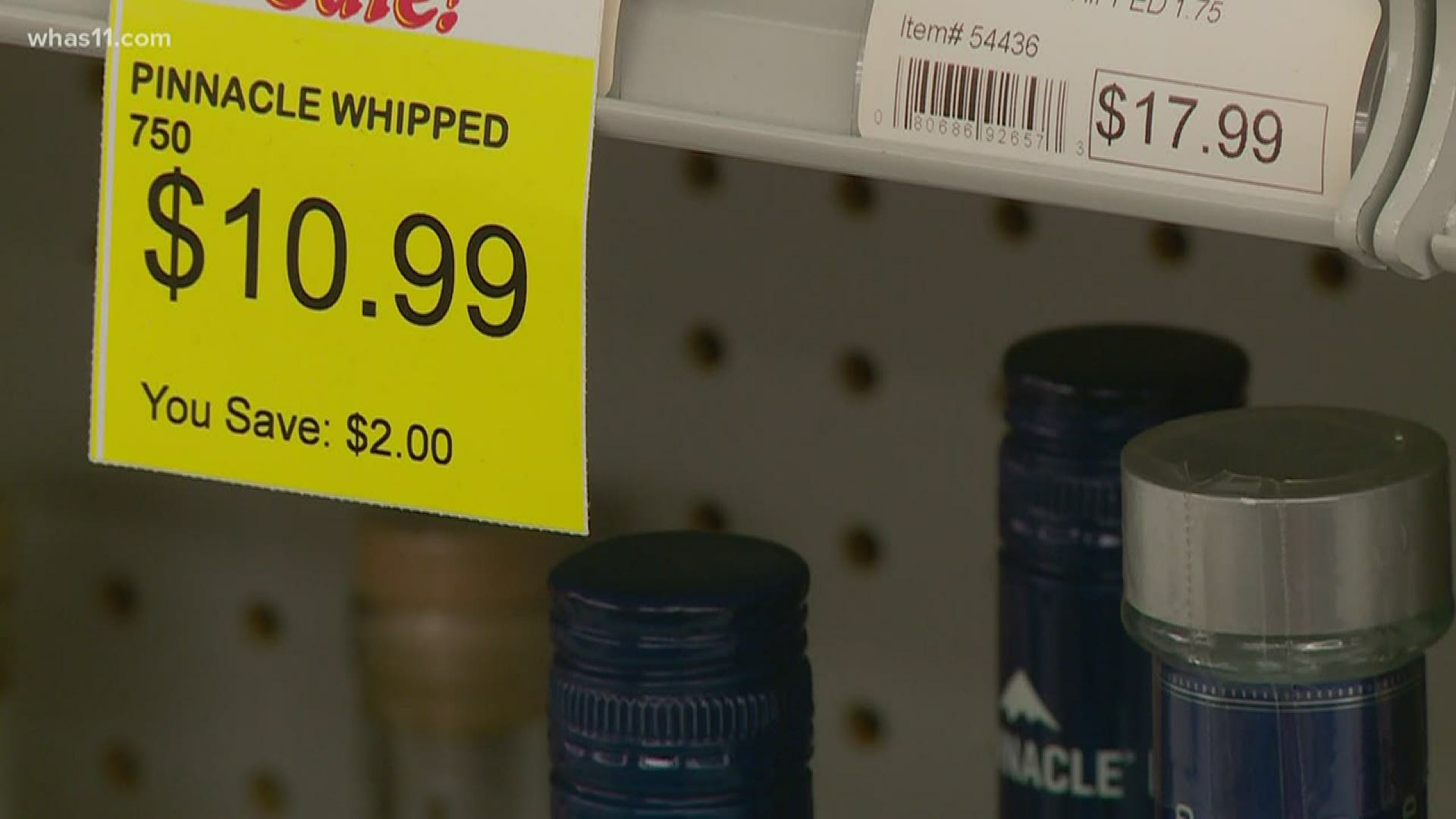 LOUISVILLE, Ky. — Alcohol sales skyrocketed in March amid the coronavirus crisis, reaching a peak of 55% sale increase the week of March 21 when compared to a year prior.

More people than ever before are ordering to-go drinks for delivery and take-out, made possible in part to a new law in Kentucky.

Senate Bill 150 was part of emergency legislation in the wake of the coronavirus and was signed by the Governor on March 30.

You may have seen local restaurants running new deals on dinner with a drink as a take-out or delivery option when this was not offered before. The legislation allowed restaurants to sell alcoholic beverages by the drink as long as the drink is covered or sealed and is purchased with food.

Before coronavirus, take-out accounted for 11% in the US but grew more than 110% for the last week in March, according to Nielsen data. As the country went on lockdown, 15% of take-out and delivery orders included an alcoholic beverage, which was against the law prior to the emergency law in Kentucky.

Apps like Drizly and the Liquor Barn app were allowed this privilege before the new law because they are considered distributors whereas restaurants are considered retailers.

This law took effect immediately but the ability to purchase drinks by delivery may be eliminated after the coronavirus crisis in under control.

A second alcohol-related law, House Bill 415, allows customers to purchase spirits straight from the manufacture. This legislation will not go into effect until mid-July.

For example, someone in another state can purchase bourbon online from a distiller and have it shipped directly to their house, as long as their home state allows alcohol shipment.

The law also allows customers in the Commonwealth to order alcohol online shipped into the state, giving distillers and manufacturers a new channel to sell their product directly to consumers.

However this new direct-to-customer digital sales channel could cut out other industries important to local economies.

Bourbon alone is an $8.6 billion industry in Kentucky, according to the Kentucky Distillers’ Association.

After prohibition, regulations were put in place in effort to protect the public from counterfeit or dangerous alcohol. Part of that was a system of checks and balances requiring a three-tiered sale system; manufacturers like distillers sold products to distributors or wholesalers that circulate the alcohol to retailers like restaurants and liquors stores.

This new law is an exception to that system but cuts out the distributors and retailers.

More than 8,000 Kentuckians are employed by Kentucky distributors, wholesalers and package retailers, according to Charles George, Executive Director of Wine & Spirits Wholesalers of Kentucky. George said the new law will hurt the local alcohol retail and wholesalers, but said he doesn’t know how much damage will be done.

George said he was also concerned the law will open the doors for counterfeit or tainted alcohol. His advice is to only purchase alcohol that is delivered by a local retailer to not only support local jobs, but avoid purchasing a bad product.

If you are thinking this will make your booze less expensive that may not be the case.

There is a requirement for the manufacture shipping the product to collect all retail and sales tax; most of the taxes are built into the price product so the consumer may not see all the ways alcohol is taxed.

Do you have a tip for the FOCUS investigative team? Let them know by sending a news tip to focus@whas11.com.

RELATED: Kentuckiana healthcare workers: we want to hear from you