The FOCUS team dug into distracted driving laws and found in Kentucky they're pretty lax. Critics fear it's endangering lives. Our cameras caught drivers in the act. 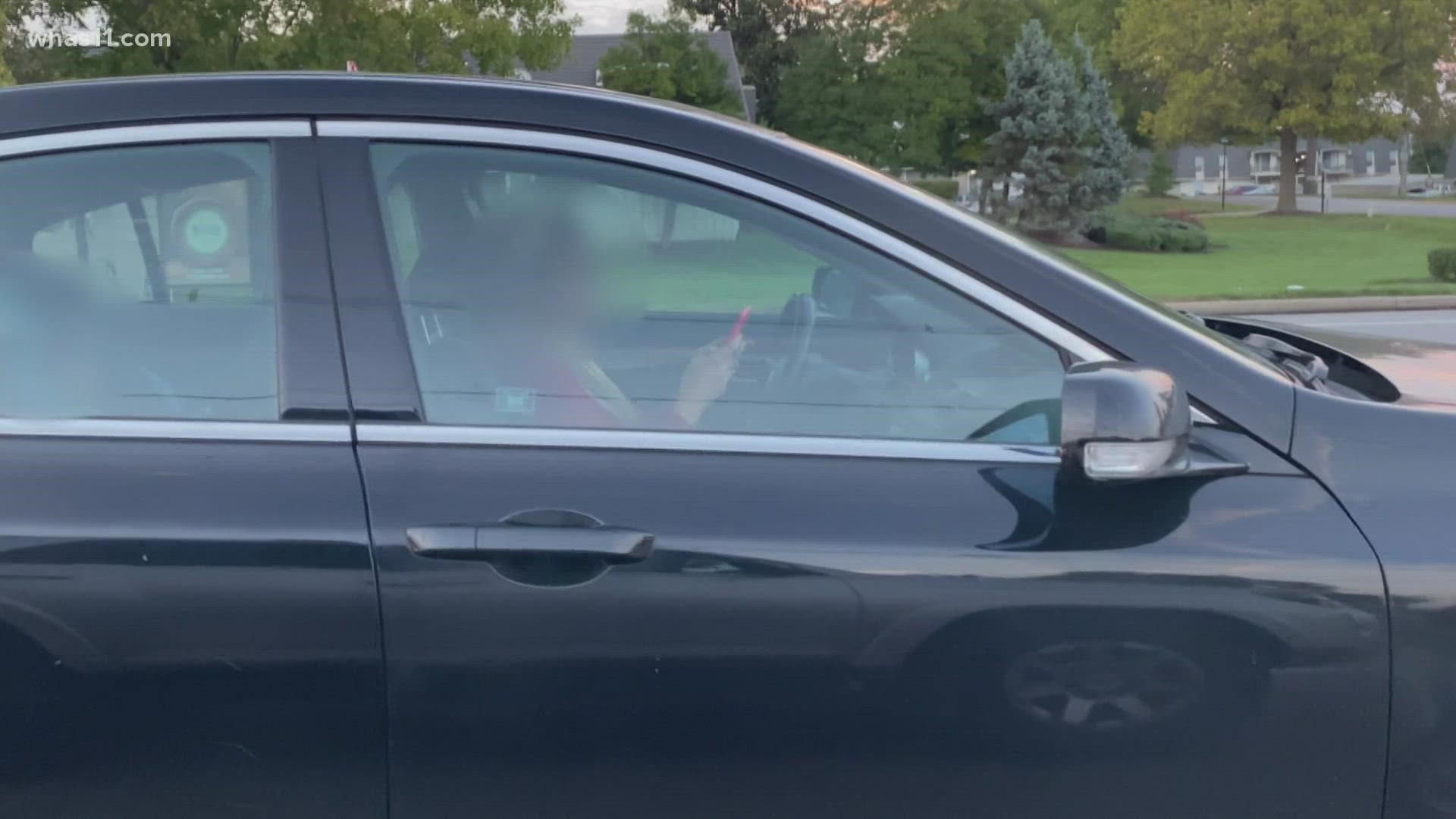 LOUISVILLE, Ky. — It has been more than two years since the day that changed Hofstra's life forever.

"No time to hit the brakes at all," 60-year-old Scott Hofstra told investigative reporter John Charlton.

As Hofstra rounded a curve in the road another driver driving in the opposite direction suddenly swerved into his lane.

"He crossed the center line and it was wham," Hofstra explained.

He was in a head-on collision. His Honda Element was totaled. Hofstra was hurt but lucky to be alive.

Doctors said he should have died twice but permanent nerve damage is a constant reminder of the drive that could have been his last.

But Hofstra believes this all could have been avoided.

"In the police report, he even admitted he was distracted driving," he explained.

"Many car wrecks are caused by distracted driving," Attorney Alex White with SueDistractedDriver.com said. "We know that it's very dangerous."

"What I hear from clients all the time is, I know they were on their cell phone. I saw the cell phone," White said.

Over the course of the last several weeks, FOCUS hit the road and saw plenty of drivers more focused on their phones than on the road.

As an adult, to be on your phone in Kentucky isn't breaking the law, unless you're texting and driving.

"Texting requires you to take your hands, eyes in mind off of the road. texting is probably the most dangerous form of distracted driving, in my opinion," White told us.

There's nothing in the law about surfing the internet, scrolling through social media, or even watching videos while behind the wheel.

FOCUS found as of September, there were 10,139 violations over the past 11 years since texting and driving became illegal in Kentucky, according to statewide court records.

Compare that with Indiana, where more than 7,100 citations were issued by October in just the 15-months since a change in the law requires drivers to be completely hands-free.

Kentucky State Rep. James Tipton of Taylorsville believes the reason for low ticket numbers for texting and driving is that police are handcuffed by the current law.

"A lot of times you see somebody with a phone in their hand, you don't know with 100% certainty what they're doing," Rep. Tipton explains.

As technology has changed in the past decade lawmakers are now looking to update the law.

"Anytime they saw a phone or a tablet, device in someone's hand, that person would be subject to a citation," Rep. Tipton told Investigator John Charlton.

House Bill 255, which Tipton plans to reintroduce, would expand the ban on texting while driving to a ban on using a device for any reason while driving with the exception of an emergency call.

"We don't have the freedom to endanger somebody else's life," Rep. Tipton said.

"We need to change those bad habits when we're driving," Rep. Tipton said.

And changing "bad habits" applies to state lawmakers as well and habits are hard to kick to the curb.

During a committee discussion on unrelated legislation, Representative Melinda Gibbons Prunty joined virtually while she was driving.

Rep. Prunty happens to be a co-sponsor on the 'hands-free' bill.

What Rep. Prunty did would be in violation of the same law she supports.

Hear her explanation in this interview with FOCUS investigator John Charlton.