Latest numbers provided show that for March, Kentucky still had 6,900 pending claims while Ohio only had 2,758. 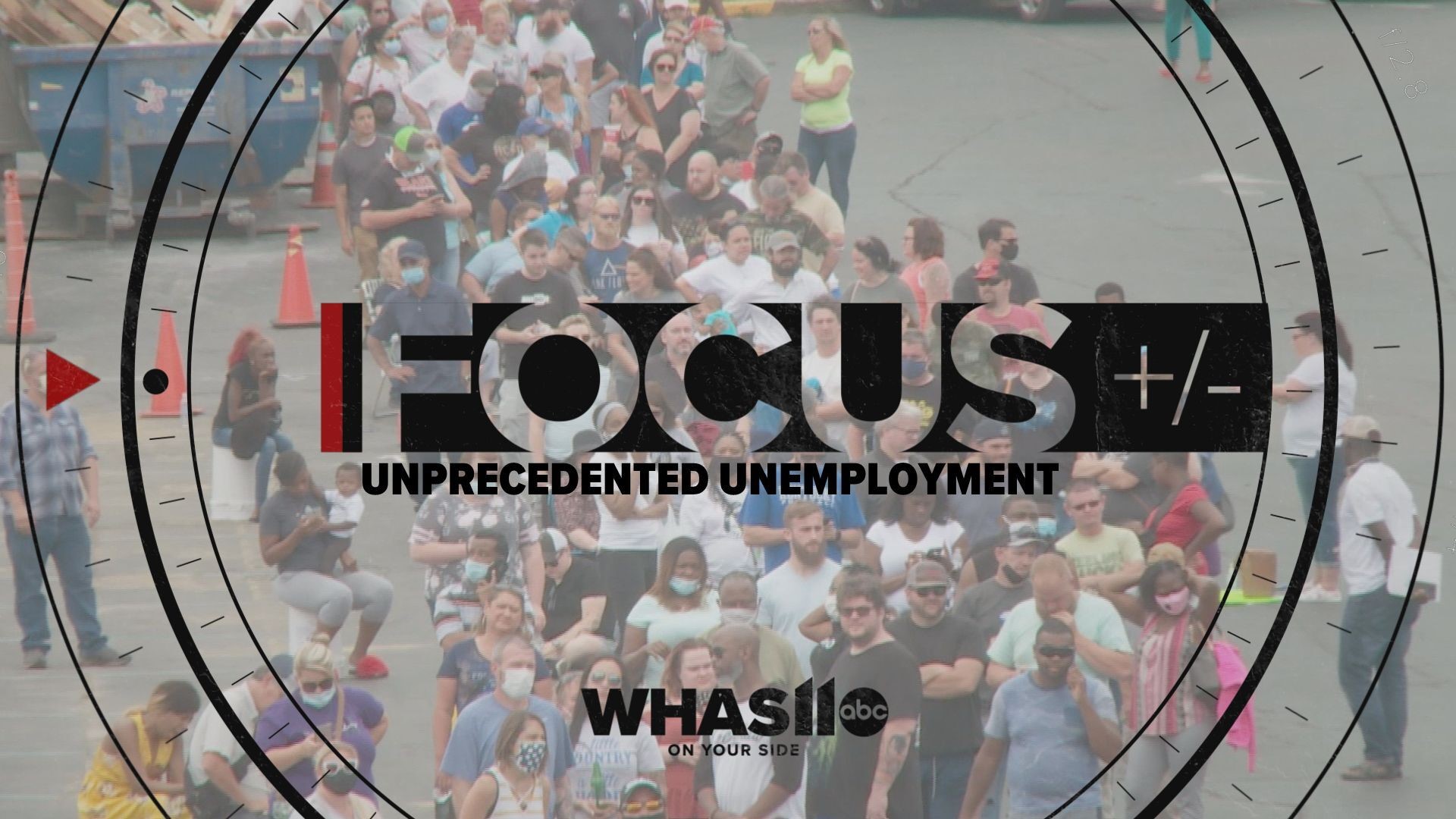 LOUISVILLE, Ky. — Prior to the COVID-19 crisis, Kentucky made a lot of cuts to unemployment services. According to Gov. Andy Beshear (D), the commonwealth’s unemployment office budget was cut from $41 million in 2010 to just $25 million in 2018. Twenty-nine offices were slashed and 95 employees were lost, and the entire system was long overdue for major updates.

Therefore, it was system overload when businesses shut down and people lost their jobs.

Other states can say the same thing when the massive influx of claims came.

“It was way beyond anything that we were staffed or capable of dealing with,” Bruce Madson, the Assistant Director of the Ohio Department of Job and Family Services, said.

FOCUS was invited to join a Zoom meeting with both Madson and the director Kim Hall.

According to them, when COVID-19 really impacted Ohio in mid-March, there were more than 200 specialists who could handle complex claims. Kentucky’s Labor Cabinet says it had just 23 Tier 3 specialists. That might help explain why it’s been more of a challenge for Kentucky to process pending claims than it has been for Ohio.

RELATED: How does Kentucky's handling of unemployment claims compare to neighboring states?

Latest numbers provided show that for March, Kentucky still had 6,900 pending claims while Ohio only had 2,758.

“We did take an approach that focuses on level of complexity and just try to train people to dispose of those,” Hall said.

Both states say their success rates in processing claims are over 90%.