Due to the massive turnouts, the state is planning to make the same help available Thursday and Friday, from 9 a.m. to 6 p.m. 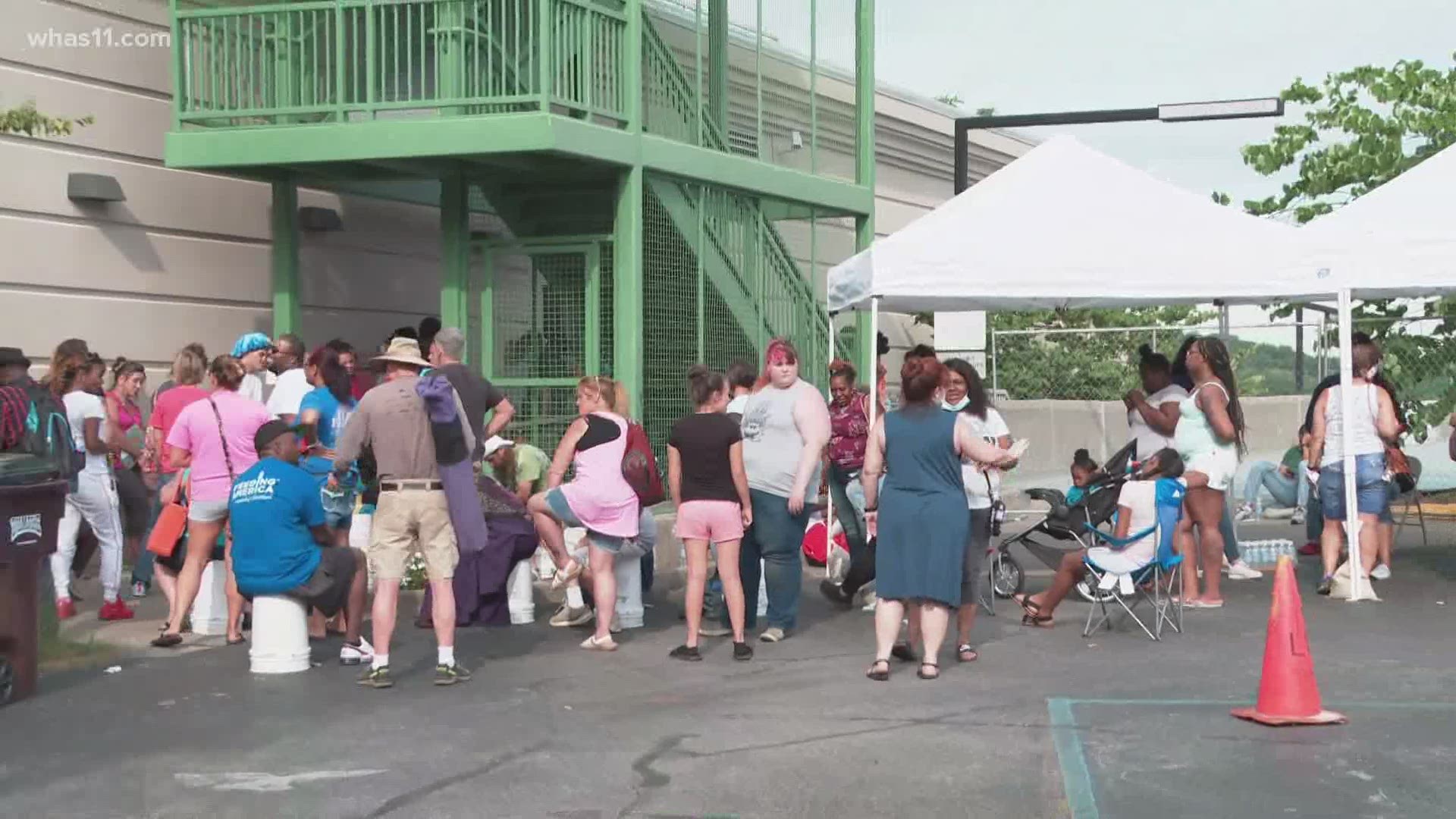 FRANKFORT, Ky. — There was one line to get help with unemployment claims, and the line was massive at the State Capitol. It stretched for hundreds of yards and started well before Tier 3 specialists showed up.

Deborah McLaughlin, of Berea, was one of the last people to get in line.

“I will be seen today and that’s great,” she said.

Adrien Whittacker made the two plus hour drive from Bowling Green.

And they did, well past 6 p.m. when the help stations were supposed to shut down.

There are tens of thousands of Kentuckians who filed for unemployment and have been waiting for weeks, even months for payouts. Their claims had been held up, state unemployment says, due to complex issues.

All that time waiting, and the hours in line, for a fix which took just minutes.

“It didn’t take long inside,” Thomas Pugh, who drove in from Boston, KY, said.  “The most of it was just waiting out here.”

Filers have been going through a range of emotions during this trying time, but they all had the same feeling when their claims cleared, relief.

“Quite honestly it is some of the best help that I’ve ever received,” Cody Casteel, of Ohio Co., said.

It was worth the wait, but many said it wasn’t worth the frustration.

A petition was circulating criticizing the state for the hold ups. Terry Preece, from Louisa, was just one of many who signed it.

“Everybody need their money out here,” Houston said with fellow filers applauding.  “Nobody is in this line happy, I’m telling the truth, nobody’s happy.”

The state has been overwhelmed with claims, handling hundreds of thousands of them while paying out billions of dollars.

The people who lined up Wednesday expect to see their money soon.

“I’m feeling pretty happy now, I got a job, I had to take off work to come over here and do it,” Pugh said.

Due to the massive turnouts, the state is planning to make the same help available Thursday and Friday, from 9 a.m. to 6 p.m., and there will even be a priority line for March filers. However, the help is moving down the road in Frankfort to the state’s Human Resources Building at 275 E. Main Street.