Health officials we've talked with say one unintended consequence of this pause on the J&J vaccine is vaccine hesitancy. 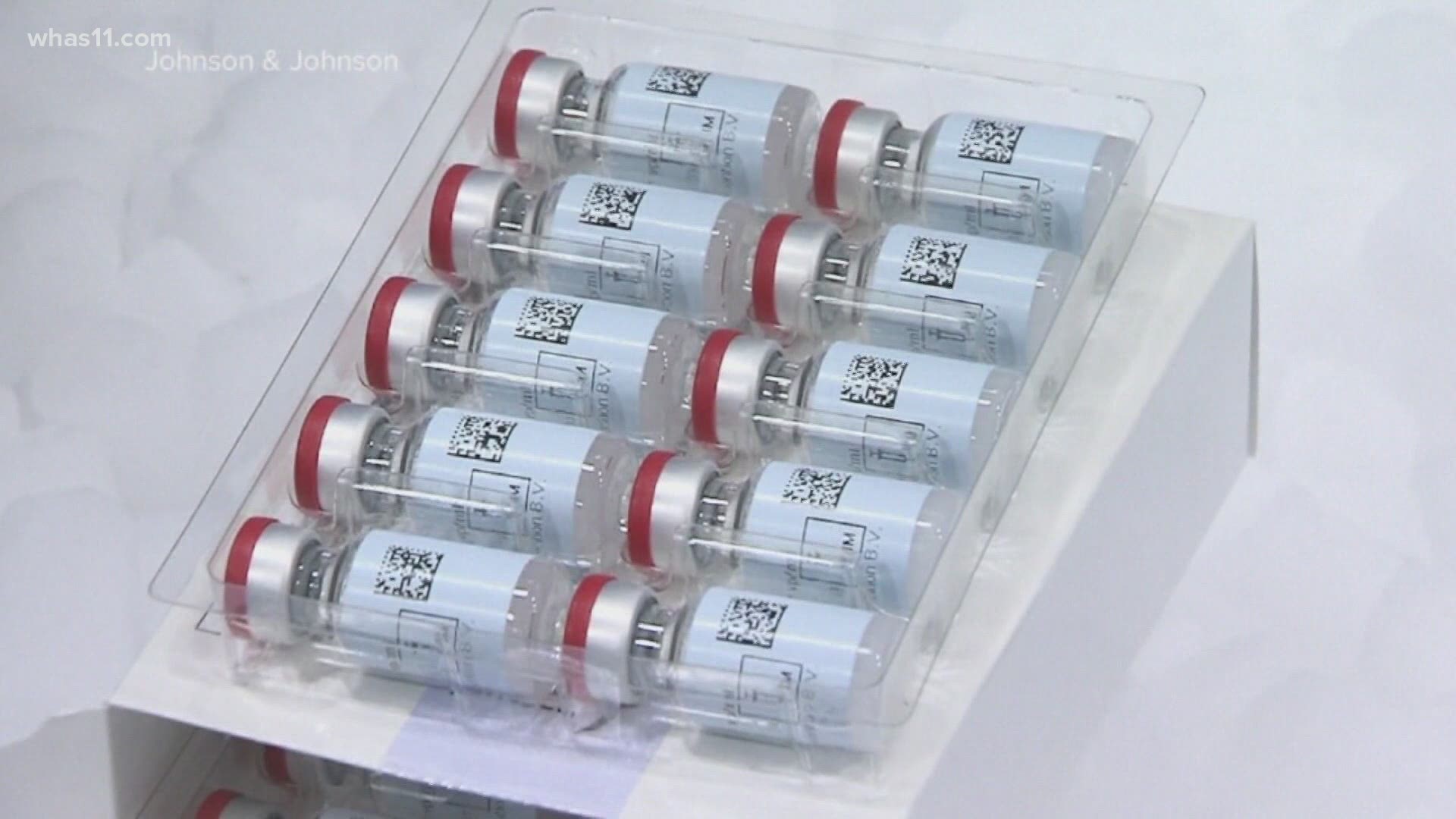 LOUISVILLE, Ky. — Federal officials have called for a pause on injections of the Johnson and Johnson single-dose vaccine. This comes as millions of doses have already been administered.

Officials from both the FDA and CDC say this halt on the J&J vaccine is out of an abundance of caution. Out of 6.8 million doses administered, there have been six blood clotting cases. The odds: less than one in a million, but according to health experts, still cause for concern.

The blood clotting cases, appearing in six American women. Federal officials say they’re between the ages of 18 and 48. They began feeling ill within a couple weeks after getting the single-dose Johnson and Johnson vaccine. One of them died.

“Right now I’d like to stress these events appear to be extremely rare, however, COVID-19 vaccine safety is a top priority for the federal government," said doctor Janet Woodcock, acting FDA commissioner.

The move is an about face amid mounting excitement for the vaccine. Just last week, we visited a pharmacy in Hillview, Kentucky as they got their first shipment of 100 doses.

“I’m excited to get those people vaccinated," said Rebecca Fletcher, a pharmacy owner.

Fletcher thought those doses would last them a week. But with the phones ringing off the hook, they were booked up in just three hours.

“Next week I’ll definitely order up," she said in an interview earlier this month.

Many health experts had predicted the vaccine would be key to getting people fully vaccinated more quickly, possibly reaching herd immunity by the end of the summer.

“Will this pause of the Johnson and Johnson vaccine slow down when we can return back to normal?” asked FOCUS investigative reporter Paula Vasan.

“It depends on a number of factors, how long it’s paused but also production and availability of the two other vaccines, Moderna and Pfizer," said Jennifer Tolbert, a director at the nonprofit Kaiser Family Foundation.

Tolbert has been monitoring vaccine rollouts nationwide. If the pause on the J&J vaccine only lasts a few days, as federal officials predict, she doesn’t see a big dent to vaccine rates.

“It’s likely that this will not have much of an effect if at all," she said.

Health officials we've talked with say one unintended consequence of this pause on the J&J vaccine is vaccine hesitancy. Recent studies have shown about 30 percent of people do not plan to get a vaccine. Therefore, some medical experts say outreach may be needed now more than ever.