Indiana unemployment chief: 'We're certainly not out of the woods yet.'

Indiana’s claims filing system and staff were overwhelmed with unprecedented unemployment with over 600,000 unique claims. 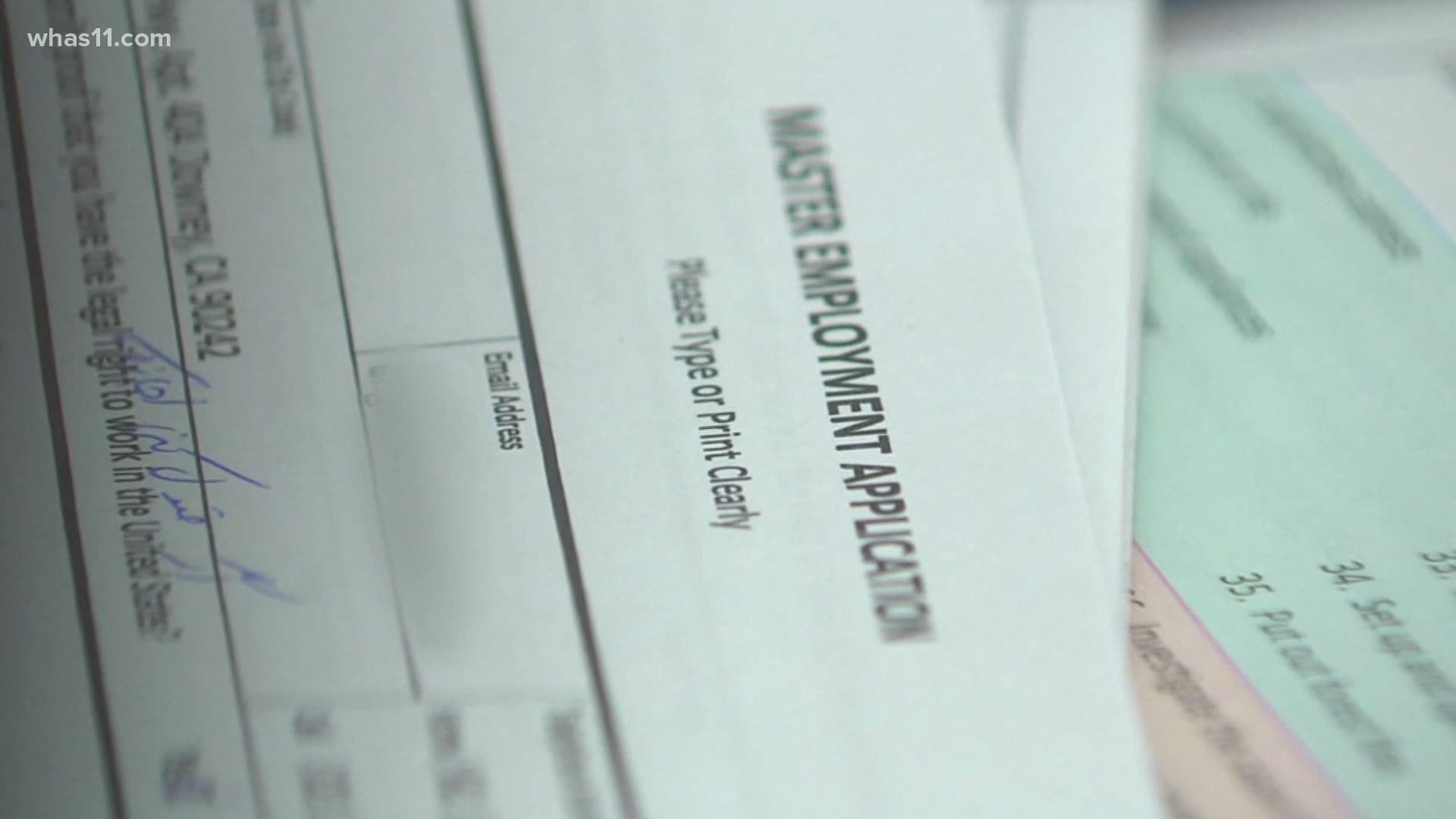 INDIANAPOLIS — Southern Indiana and the rest of the state have pressed pause on reopening due to spikes in COVID-19 infections.

Previously unemployment claims were trending downwards, but with the pause, there has been an uptick according to Josh Richardson, who is the Chief of Staff at the Indiana Department of Workforce Development (DWD).

Like every other state, Indiana’s claims filing system and staff were overwhelmed with unprecedented unemployment with over 600,000 unique claims, which are claims filed for the first time.

“A huge stress test on the system,” Richardson admitted.

He said in the first week of the shutdown, there were around 64,000 claims which shattered the previous record of 28,000 set back during the 2009 recession. The following week, that record was annihilated by over 140,000 claims filed.

Richardson said although his office weathered the roughest part of the storm, claims are still at historic highs.

Unlike Kentucky, however, Indiana’s system is much more up-to-date.

Kentucky is working with 20-year-old technology, while Indiana’s major upgrade was in 2015. Richardson said that has helped make their system more adaptable with the new federal terms for collecting unemployment.

“With the Pandemic Unemployment Assistance, that was really a ground up build,” he said. “We felt comfortable that the system would be capable of doing it, we just had to get it designed.”

DWD also ramped up staff from 40 in its contact center in March to 450 to 500. Claims investigators went from 120 to closer to 400 of them. Despite the improvements, Richardson points out that it is difficult to provide current and accurate numbers on claims still being held up from March, April, May and June because claims investigators have to weed out fraud.

He said some folks in Indiana have purposely filed claims for the time they were actually working. Claims fraud has also been targeting Indiana from the outside.

“There is some indication that these rings in some cases are even overseas,” Richardson said.

Plunging tax collections caused by the coronavirus pandemic have delivered a $850 million hit to Indiana’s state budget reserves, with a top state official saying steep spending cuts are likely in the coming years. State budget officials announced Thursday that Indiana closed the 2020 fiscal year June 30 with about $1.4 billion in reserves.

That's a 37% drop from a year ago. Officials haven't laid off any state employees, but have implemented a widespread hiring freeze and asked most state agencies for 15% spending cuts. Gov. Eric Holcomb's top budget adviser says he expects more austere budgets.