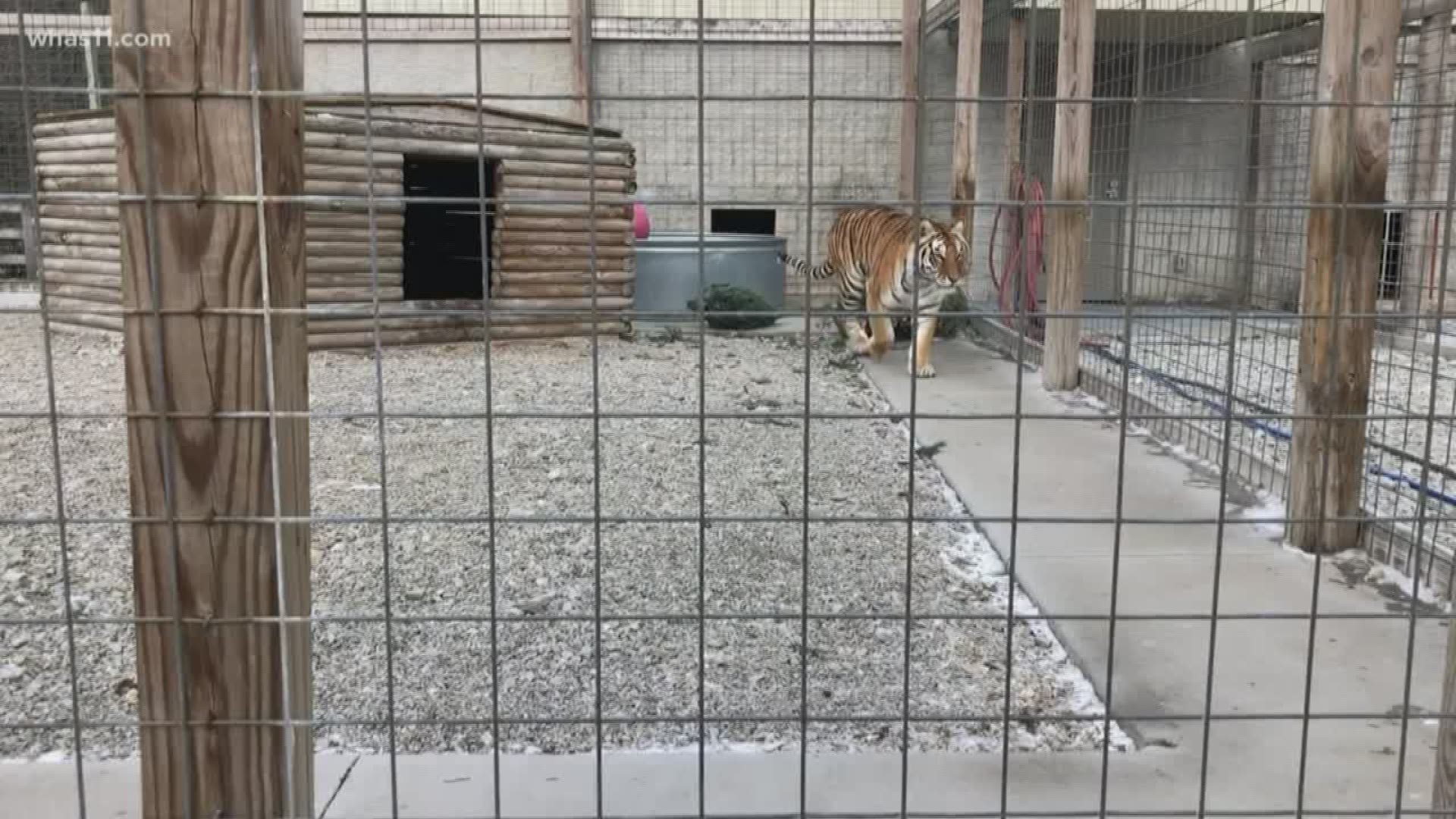 LOUISVILLE, Ky. — The state of Indiana is stepping in and demanding Wildlife in Need owner Tim Stark give up his exotic animals and never own them again.

“Do I bend the rules, twist the laws? You better {expletive} believe I do”, Tim Stark said during our one-on-one interview.

In the 19 page lawsuit, the Indiana Attorney General says Stark has a history of hoarding and has too many animals and too few staff members.

McAlister: "Does it feel like you have the right amount of staff for the large amount of animals you have here?"
Stark: "No doubt. Everything here is taken care of."
McAlister: “All of the animals are taken care of every day?"
Stark: "Every one of them."

The state is also going after his money management and accusing him of embezzling. According to the lawsuit, Stark used nonprofit money on material items for himself.

But Stark told WHAS11 he does not take a paycheck.

Money is not the only thing Stark is accused of lying about. The lawsuit details incidents where Stark forced his staff to say animal injuries were an accident.

A former staff member we talked to describes a tiger attack she witnessed and the aftermath.

Lauren Crooks said, "He was forced to say it was a chainsaw incident- so nobody even knows that it happened. It was bad, it was awful, I’ve never been that scared in my life."

The lawsuit accuses Stark of failing to complete his mission of rescuing and rehabilitating animals and describes Starks’ use of "horrifying methods of euthanasia."

Stark admitted to USDA inspectors that he euthanized a snow leopard by beating it to death with a baseball bat.

When we asked about the incident, he said his most recent euthanizations have been birds.

McAlister: "How do you euthanize those birds?"

Stark: "Usually its just a humane euthanasia- its done quick, its done simple. Done and over with."

McAlister: "Can you tell us what that is?"

Stark: "No. Its nobody's business how I do things. Nobody's business. I do exactly what I'm required to do. What is humane about euthanasia? The final result is {expletive} death."

The lawsuit points out concerns that Stark could try to illegally move the animals out of state or kill them before litigation is complete.

Former staff we spoke to warned us about Stark’s threat to kill his animals.

The attorney general’s office is now working on getting a preliminary injunction hearing.

The preliminary injunction orders Wildlife In Need, Stark to:

-provide adequate and proper care to all animals on the property

-not remove or transfer any animals from the property

-allow expedited inspection of all documents

The court documents say the State believes Stark will continue to abuse and dispose of animals and misappropriate assets if a preliminary injunction is not entered.