'I think it needs to be made a higher priority': LMPD officer talks hate crimes and biggest investigation barriers

Paula Vasan speaks exclusively to LMPD’s public information officer about how they’re addressing hate crimes, and what they see as their biggest barriers. 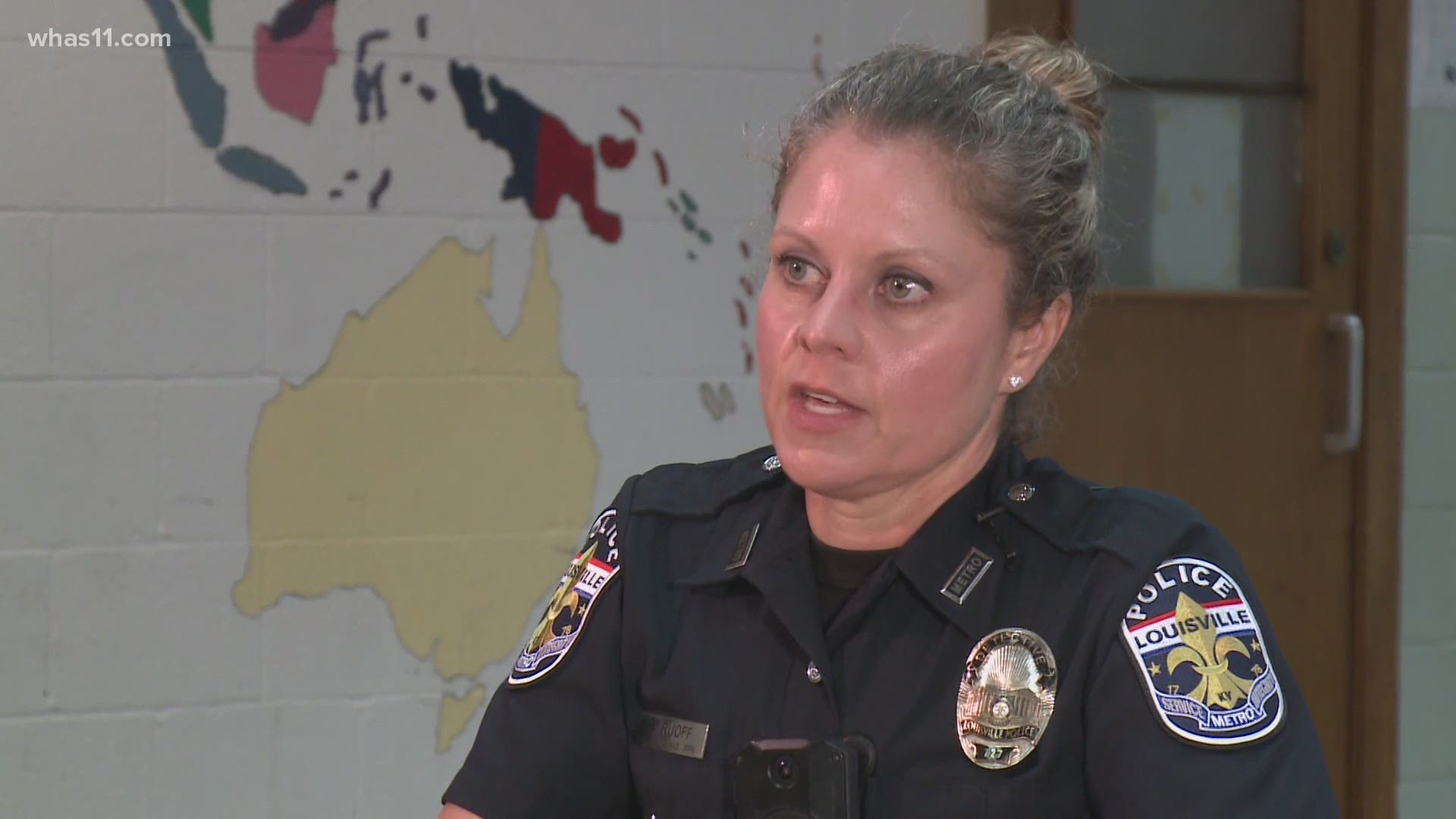 LOUISVILLE, Ky. — It’s a problem police around the country say is only getting worse.

FOCUS investigative reporter Paula Vasan speaks exclusively to LMPD’s public information officer about how they’re addressing hate crimes, and what they see as their biggest barriers.

“I would step in front of a bullet for any individual in this community," said Beth Ruoff, public information officer with Louisville Metro Police Department.

But there’s one type of crime that most of the time, doesn’t involve any sort of physical violence, but still hurts.

“A hate crime is anything with any type of a racial bias," said Ruoff.

“I think it needs to be made a higher priority," she said.

“We’re all afraid, I mean I’m even afraid and I’m a marine," said Blankenship.

“I don’t want to be here," said Onphukhao.

A couple of months ago, they say someone graffitied Anti-Asian slurs across their front door. Blankenship said a building staff member called 911, but police didn’t show up until five days later.

“The police aren’t going to watch out for us. So we have to look out for ourselves," he said.

“There was some miscommunication," said LMPD spokesperson Dwight Mitchell.

Louisville police have admitted they made a mistake.

“We need to do better with this," said Ruoff.

Ruoff said in the case of Blankenship, Onphukhao and their family, their call about graffiti was routed incorrectly. Police don’t typically respond to graffiti.

“...That is classified as a non-emergency response and COVID protocols were to take a telephone report not to send an officer," Ruoff said.

But if that graffiti has racial bias, Ruoff said it’s prioritized.

If you’re a victim of hate crime, she said it’s essential to specify that when you call 911.

“We need the community to make that clear to us," she said.

She told us why hate crime is likely underreported.

“Will a task force be something that might be a reality?” asked Vasan.

If you're a victim of a hate crime, Ruoff said it's important to report it as soon as possible. But victims usually suffer in silence, according to the Americana Community Center’s Edgardo Mansilla.

“I know of another 40 cases that never were reported… most of us come from places where the police is your enemy, not your friend," he said.

To develop trust, he said police must do a better job at staying ahead of hate crime before it gets violent, being aware of the impact of microaggression.

“Get out of here you don’t belong here your skin color is wrong your accent," said Mansilla, citing examples of microaggression.

He said these kind of hurtful comments have become a part of daily life for so many who use his community center.

“We’ve got kids coming from the school with descriptions that would make us cry," he said.

To address hate crime, Mansilla said that’s who police should be talking to.

“We don’t talk with teenagers and with young adults they talk only to the 40s and over," he said.

A mother of two young adults herself, Ruoff said she hopes to change that perception.

“It’s important that we build those relationships and show that we’re open and certainly do want to work with all members of our community," she said.

Ruoff told us LMPD is relying on community leaders to help inform them about hate crime. They’re also considering reaching out to other police departments nationwide to learn best practices.

RELATED: 'I don't want to be here.' | Louisville family plans move after targeted with anti-Asian hate

HOW TO REPORT HATE CRIME