'If the Army does away with this...who would accept me?' Budget cuts could impact veterans employed at Fort Knox

GCE, a nonprofit that employs people with disabilities and veterans, employs more than 100 people at Fort Knox. 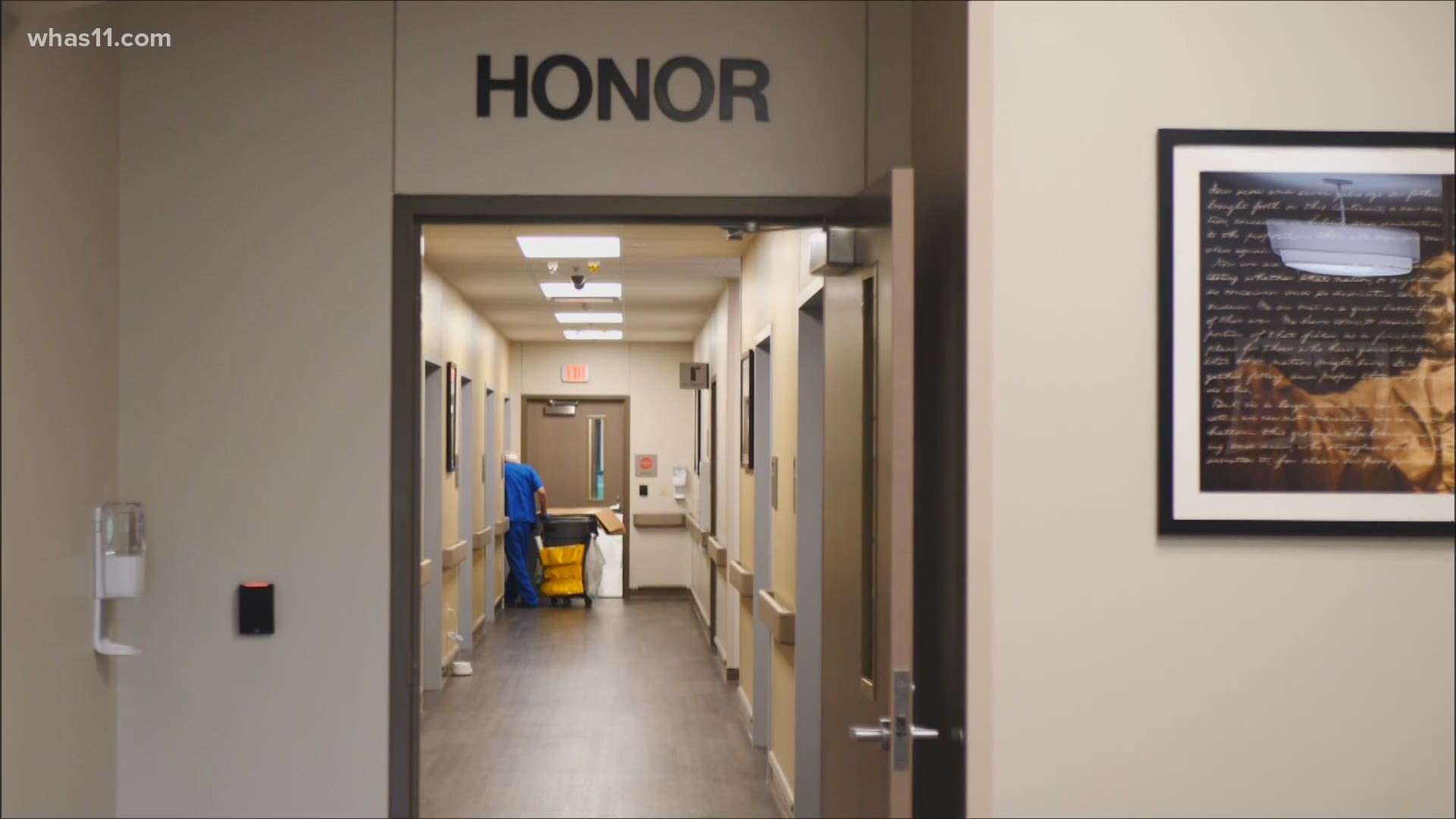 GCE employs people with disabilities and veterans, giving folks who may struggle to find work a chance to live more independently. The nonprofit has been on base at Fort Knox for about a decade and currently employs 103 people.

One of his employees is Richard Myldy, who came out of retirement to help support his daughters during the COVID-19 pandemic.

"This job means a lot to me," Myldy said. "My oldest daughter lost her job and of course I tried to help her out, and I have a daughter in Scottville who has cystic fibrosis and of course she needed some assistance."

The 74-year-old Vietnam veteran said he considers himself lucky to have been hired by Global Connections to Employment, working to keep Fort Knox buildings tidy and shining like the gold vault itself.

"It's not every place that will hire a 74-year-old man with disabilities," Myldy said. "Though you might not be able to see them, I have a shoulder injury from Vietnam, I suffer from Agent Orange, I had a triple heart bypass."

In February, White said they learned the Army was looking for a cheaper contract, endangering their employees job security.

"A couple months ago, we got word that they were potentially trying to drop our contract and bid out our services to the lowest bidder," White said. "People with disabilities would not be protected under that circumstance."

According to a statement from the U.S. Army Installation Management Command, the Department of Defense "does not receive predictable or sustainable funding," so they "regularly review" contracts to "analyze risk and identify prudent measures" designed to create efficiencies. Fort Knox is no exception.

"We're talking overall across the board a lot of people with disabilities, a lot of veterans that work for this company, could be out of a job," Myldy said.

"We actually had a coalition put together that included some state senators, so they came to our aid and were sticking up for us," White said.

A spokesperson for U.S. Representative Brett Guthrie, for example, confirmed Guthrie’s staff "heard their concerns," but said neither Rep. Guthrie nor his staff have "been involved in the decision-making process on a contract between Fort Knox and GCE."

Regardless, White said he believes GCE rallied up enough support to ultimately stop the Army from pursuing cheaper contracts, but said their employees will still be impacted.

"The latest word that we are getting is that they aren't looking to get rid of our contract anymore, but they are going to cut our services dramatically to continue that cost-saving effort," White said.

That means buildings that would usually be cleaned two or three times a week will now only be serviced once a week. The staff that would normally complete 450 services a week now may only do 200.

"We get paid per service, so with less services obviously means less income, which means less ability to pay as many people," White said.

Myldy said he still works at the VA Hospital five days a week on an evening swing shift. His hours have not been affected yet, but the fear sticks with him.

"I worry about it, I think about it, I'm sure everybody here is worried about it," Myldy said. "A lot of people here, including myself because I have a disability, depend on this job for their livelihood."

In a statement to FOCUS, the U.S. Army said service reductions are "not ideal," but are "necessary to mitigate budget shortfalls."

"Why can't we invest that money in programs that help people here — people with disabilities, veterans," Myldy said.

White said they have been asked to submit a bid for next year's contract based on the reduced services, as well.

"It looks like this is going to be not a short-term answer to their financial problems, this is a long-term viewpoint that they're taking," White said.

The Army told FOCUS in a statement that "any potential change concerning contract structure or which contract entity may perform the custodial services contract at Fort Knox in the future is under review."

For now, White said they'll keep working and looking for ways to give employees as many hours as possible.

Myldy, who served his country for 21 years, said this job let's him maintain his independence, something that is important to him.

"If the Army does away with this program, who's going to accept these people? Who would accept me?" Myldy said.

The Army said that though custodial services at Fort Knox has been reduced, they do not believe it will impact "proper sanitation measures or the health of Army personnel." In a statement, the Army said it could not speculate on future contracting activity with GCE.