What happens after your recycling leaves the curb? Shay McAlister taking a closer look at the myths of recycling. 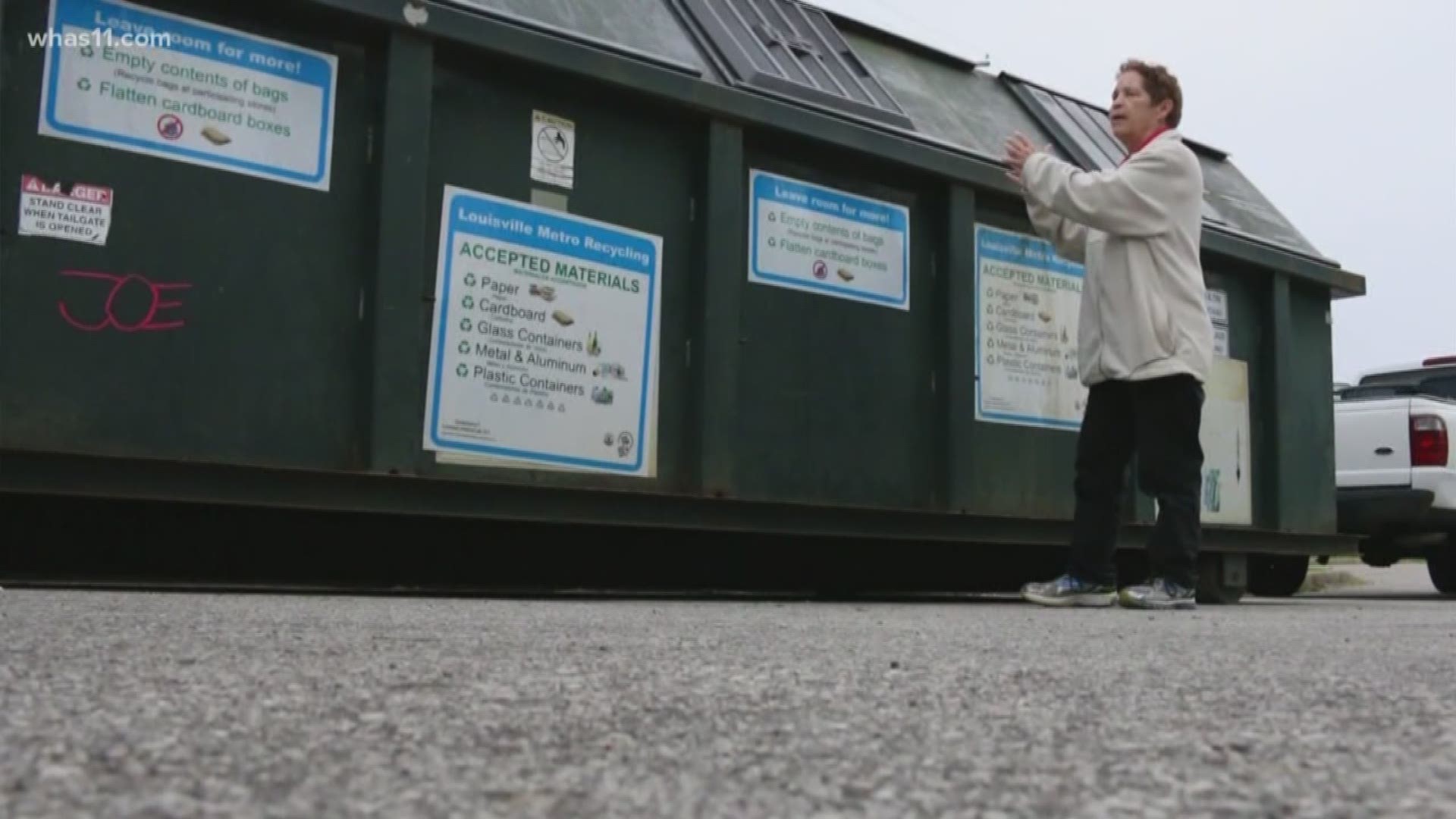 "Where is it going?" Amy Aubrey is a routine recycler but even her suspicion stands strong.

Metro Louisville moves more than one million tons of trash every year. About half-- is recycled, according to the city.

"We want everyone to recycle, but sometimes if it costs extra, people don't," Karen Maynard from Louisville Public works explains.

If you live within the "former city limits"-- recycling is part of your property taxes. If you live in one of the other 82 small cities in Louisville -- its more complicated -- with private haulers, independent companies.

"We do offer recycling drop-off locations throughout the county," Maynard said.

An option for everyone, seventeen drop-off centers around the Jefferson County where people put their trust -- hoping it is not trashed.

"I see this but after this moment I don't know what happens to it," Aubrey said. "Where is this dumpster going when it's full and the products in it."

"I think historically in Louisville there has been a myth that we aren't recycling at all," Maynard explained. "One theory is that we use the same trucks for different routes and they might collect garbage, dump it, and then collect recycling using the same trucks. So it is possible that people saw that and kind of started this rumor that oh they're just trashing it all."

The truth is the haul has a home.

"All the materials that we collect for recycling goes to a facility called WestRock recycling," Maynard said.

"If we weren't here recycling 14,000 tons a month, those tons, a lot of them would end up over in the landfill," Mike Laverty, WestRock General Manager said.

Boxes not broken down slows down the process. Plastic bags can stop it altogether.

RELATED: What can I recycle?

"We made the program simple," Laverty said.

People still put the wrong things in the wrong bins.

That is a problem but it isn't our only problem.

"There may be some changes coming up soon in terms of recycling in the urban services district," Metro Councilman Bill Hollander said.

Big budget cuts are coming-- so where is recycling going?

"One of the Mayor's proposals is to go to alternating weeks for yard waste and recycling in the urban services district. So now you have yard waste once a week and you have recycling on that same day. Its two different crews. The idea is that one week would be yard waste, one week will be recycling," Councilman Hollander explained.

Fewer pickups could lead to the obvious-- less recycling.

And less recycling will likely lead to larger loads in the landfill.

Making it even more difficult to meet the Mayor's larger sustainability goals of 90-90 by 2042 -- 90-percent of people in Louisville actively recycling -- 90-percent of the city's trash diverted from the landfill.

According to the city's most recent solid waste study-- even if we were to act on every recommendation--and there are more than a dozen of them-- there is still no guarantee we would meet those 90-90 goals by 2042.

To pile it on, uncharted challenges in the global economy have the goal to go green in jeopardy.