Why are lawmakers trying to prevent transgender athletes from competing in women's sports?

A record number of anti-transgender bills relating to school sports were filed in 36 states in 2021. 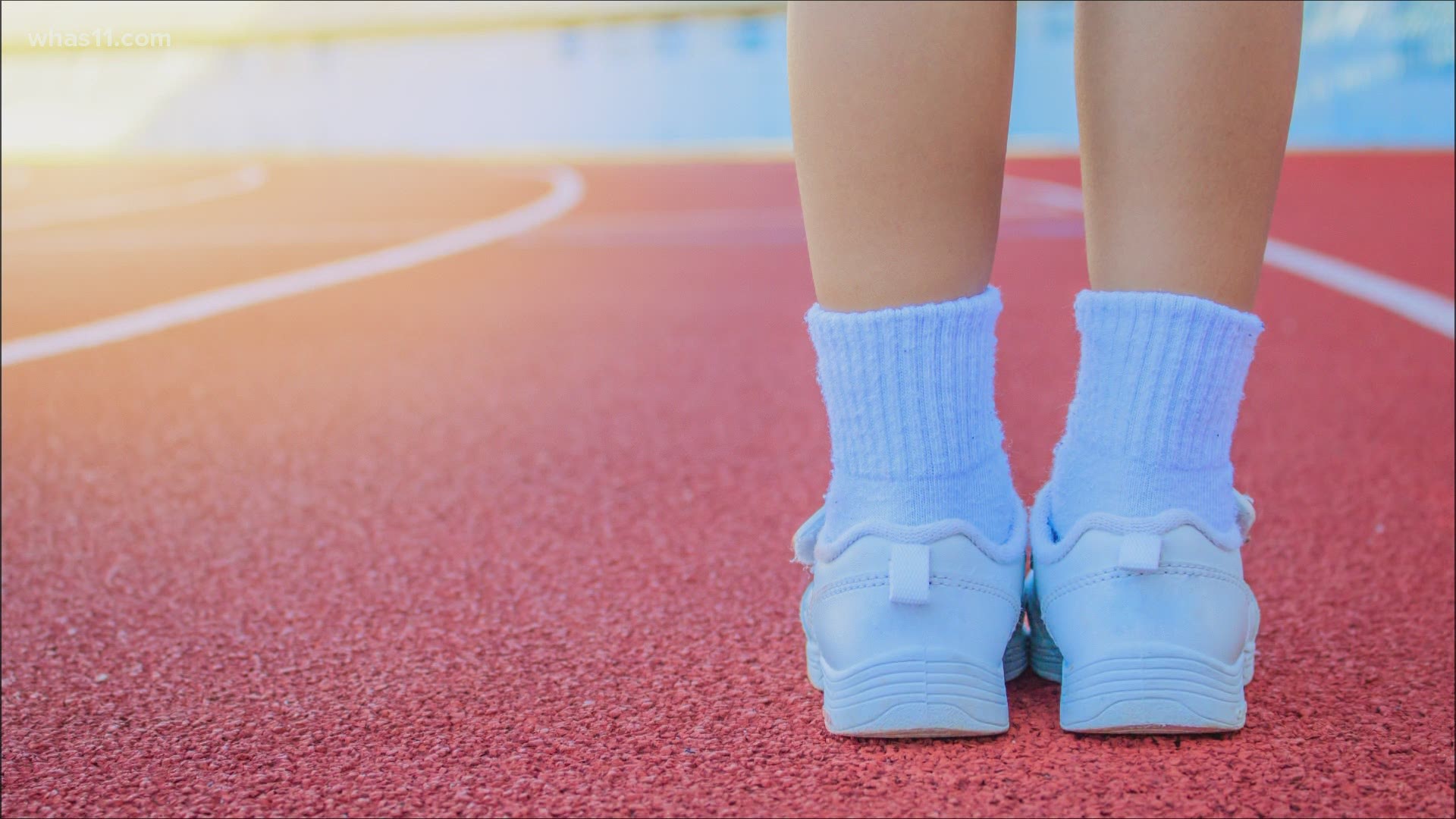 LOUISVILLE, Ky. — A Kentucky lawmaker filed a bill in June that would ban transgender female students from participating in school sports. It comes amid a record number of similar bills focused on transgender youth nationwide.

For 23-year-old Cat Runner, rock climbing isn't just a hobby. It's self care.

“There’s a fluidity and a body coordination that comes very naturally to me," said Runner. “I feel like I belong somewhere."

It’s the same feeling he had back in middle school, when sports helped him connect with others.

“I was playing field hockey and I was playing basketball," he said. "It was a way to like hang out with my friends.”

Runner said participating in school sports got him through the most difficult time in his life.

“Then when I was 16, I started testosterone and had top surgery," he said.

His gender identity differed from the sex he was assigned at birth.

The surgery, he said, was a major step in his transition as a transgender man—the person he always knew himself to be.

“Transitioning for me was a major relief," he said.

He said transitioning was a relief to be himself on the basketball court and anywhere else. But he said new legislation filed in Kentucky would prevent so many others like him from embracing who they are. Kentucky State Representative Ryan Dotson is the man behind Bill Request 154.

He calls it the 'Save Women's Sports' bill. If passed, it would prohibit transgender women from playing sports in elementary through high schools and colleges in Kentucky that receive state funding. While the bill wouldn’t have applied to Runner, a transgender man, he still feels stigmatized.

“What's your response to people in the transgender community who call this piece of legislation discriminatory?” asked FOCUS investigative reporter Paula Vasan.

“The intent is just to make sure that we keep a level playing field for our female athletes," said Dotson.

“All it does is it tells trans folk in the state that they're not welcomed," said Pendleton.

It’s an issue that’s personal. Pendleton's brother is transgender. As a doctor, he’s made it his mission to help others who have faced the same struggle with their gender identity.

He said there’s not enough research to determine physical differences in sports between transgender young women and those who are cisgender, whose gender identity match their sex assigned at birth.

“We know for a fact that kids playing sports is a good thing for everybody," he said.

But a recent study revealed transgender women have an athletic edge over their cisgender peers even after a year on hormone therapy. The lead author, however, warned against using his findings to enforce bans in recreational and school sports.

Yet many lawmakers are doing just that, saying physical differences are a reality. A record number of anti-trans bills relating to school sports were filed in 36 states in 2021.

Eight states have made it law, according to Freedom for All Americans, a nonprofit that tracks the numbers.

Emilie Kao calls the legislation a fight for fairness. She’s from The Heritage Foundation, a conservative advocacy group.

“And we provide research and education to policymakers," said Kao.

She said recent legislation focused on transgender students is about protecting women and girls’ sports.

“And it creates so much unfairness when you allow males who are bigger, stronger and faster and have an advantage because of testosterone to compete in women’s and girls sports," she said.

She cites a lawsuit filed by Selina Soule, a Connecticut high school athlete. Her attorney said there were multiple races where she was defeated by a transgender female.

But Cat Runner counters the concern transgender females will dominate school sports is overblown. About zero point seven percent of kids ages 13 to 17 identify as transgender, according to the Williams Institute at UCLA's law school. Runner said an even smaller percent participate in school sports.

“It frustrates me because it’s targeting a very specific group of people. There’s the whole idea that they’re dominating sports which they are not," said Runner.

And he said legislation barring them from school sports would do more harm than good, removing an outlet that for Runner, was life-changing.

“If you separate them into their own separate category it’s saying, like, look you can play sports but you have to play with your own kind," said Runner.

FOCUS asked Kentucky lawmaker Ryan Dotson whether there are any transgender women and girls competing in school sports in Kentucky. He couldn’t name a single one.

LGBTQ advocates say this legislation aimed at barring transgender women and girls from school sports is a solution to a problem that doesn’t exist. Others say it’s about making sure student athletes compete on a level playing field.