Louisville water ranks seventh nationally in PFAS, a harmful chemical that may increase the risk of cancer and raise cholesterol. 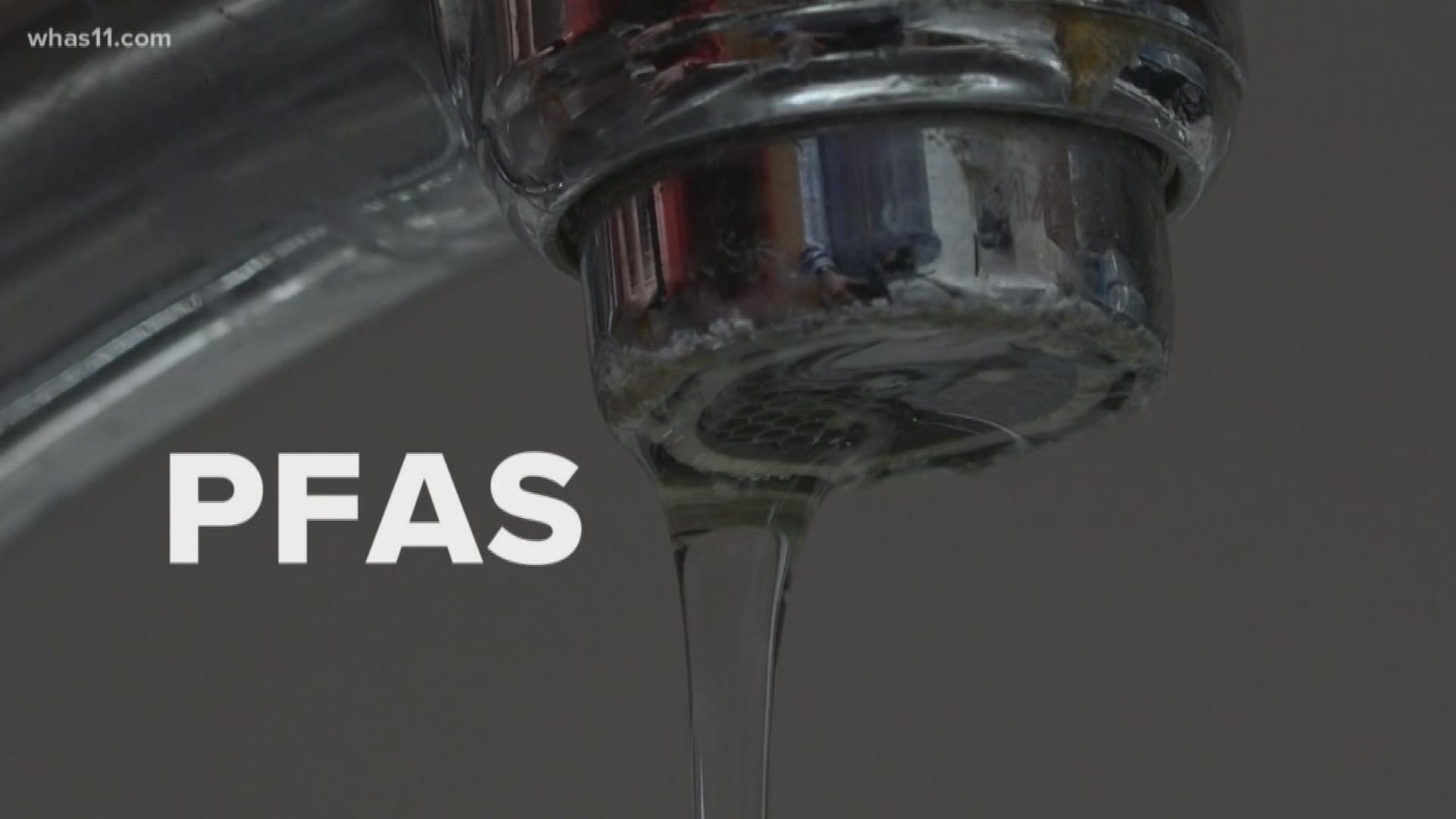 LOUISVILLE, Ky. — Locals have always touted the city's water as one of the best tasting drinking waters in the country. And yes, it may taste good—but is it good for you?

According to a recent study by the Environmental Working Group (EWG), our tap water may be more toxic than previously thought.

EWG, a watchdog group, took samples of water throughout the country. The samples were looking for levels of PFAS, a harmful chemical which gets into the water supply from various sources including manufacturing plants and landfills.

According to the CDC, studies have shown PFAS may increase the risk of cancer, raise cholesterol, harm the immune system, and interfere with the body’s natural hormones.

As far as levels go, Louisville is near the top, ranked seventh nationally according to the study with 45.2 parts per trillion.

FOCUS went to the Louisville Water Company for answers.

“That one sample that this report cited last July is very similar to what we saw last July,” Kelley Dearing-Smith of the Louisville Water Company said.

Sounds alarming, but the public utility says the study needs to be put in the right context.

Louisville Water conducts over 200 water tests each day, according to Dearing-Smith, so when asked how the levels are now, she responded, “Very low levels, our average PFAS numbers are well below 12 to 10 parts per trillion.”

Dearing-Smith added that it’s hard to know what’s going on in the Ohio River, the source of the tap water.

“That’s where the research comes in,” Dearing-Smith said. “That’s why you can’t use one sample to dictate public health.”

For now, there are no federal standards on safe levels of PFAS.

Do you have a story you want our Focus team to investigate? Send an email to Focus@whas11.com.