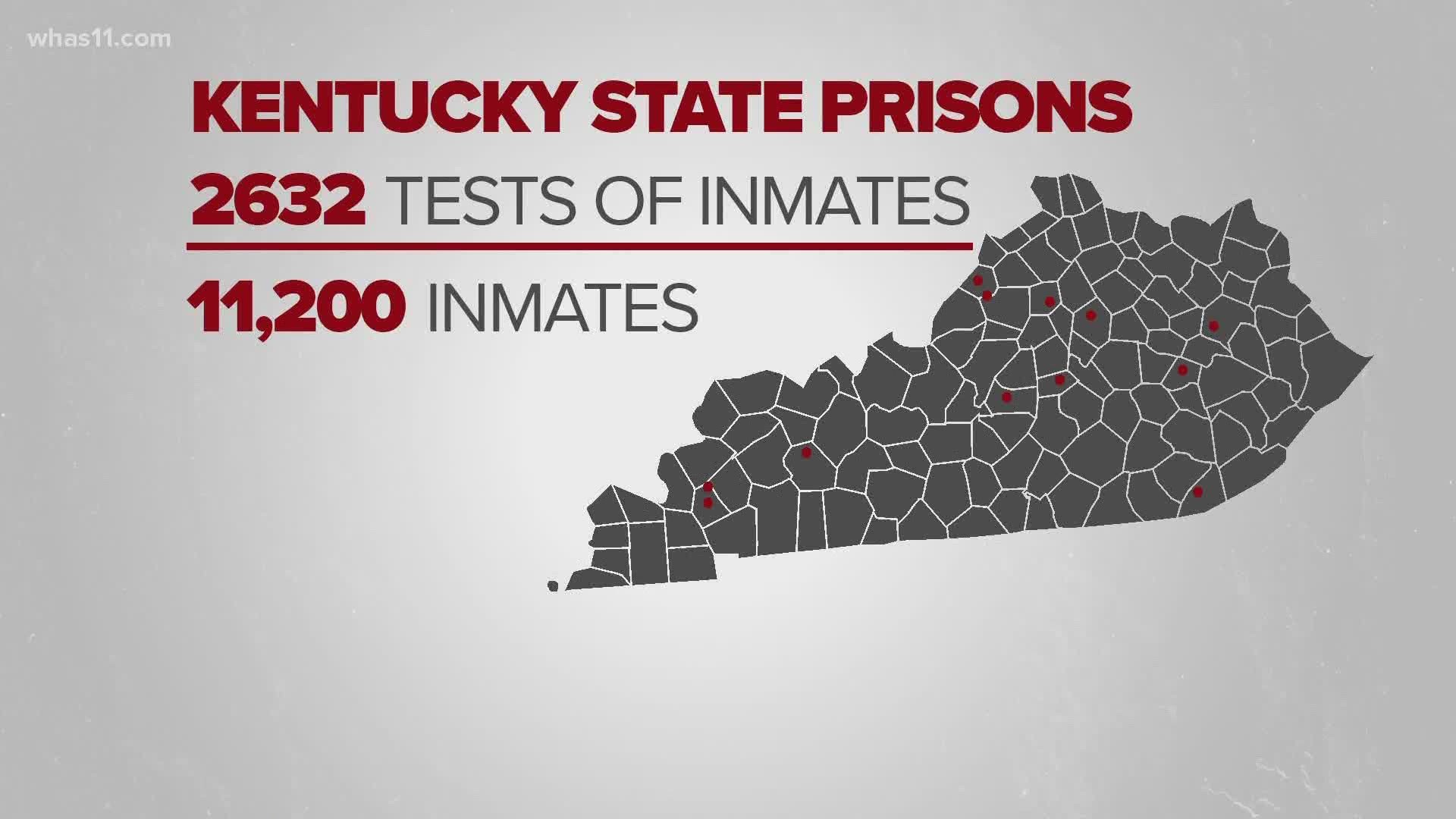 Some of the most at risk amid the COVID-19 pandemic include inmates inside our correctional system, where social distancing often isn’t possible, according to health experts and attorneys.

“I talk to my daughter every day, she’s a nervous wreck," said Tracey Cox VanDyke, whose daughter is an inmate at the Kentucky Correctional Center for Women in Pewee Valley.

Yesterday, VanDyke got the news she was dreading. Her 27-year-old daughter, Erica, has COVID-19.

Her daughter became one of the 207 inmates at the Kentucky Correctional Center for Women to test positive.

“They’re not equipped to deal with her health issues," she said.

VanDyke said Erica has thyroid disease, which makes her especially at risk. And she said she showed health issues long before her positive test that simply weren’t addressed.

“She says mom I wake up to my nose bleeding profusely, vomiting, coming through her nose and mouth," VanDyke said.

We wanted to know what percentage of inmates have had access to COVID-19 testing. Among Kentucky’s state prisons, 2,632 COVID-19 tests have been given among roughly 11,200 inmates. If you assume one test was given to one inmate, it represents about 23% of the prison population tested for coronavirus. But since many inmates, like Erica, were re-tested to confirm if they could be removed from isolation, the percentage of inmates actually tested for COVID-19 is likely much lower.

“I want to see more transparency with the accuracy of the data," said VanDyke.

So far, DOC hasn’t confirmed the number of inmates within the state’s prison system tested for COVID-19. We’ve asked four times over the past two weeks.

“It does seem that they would have that information," said Amber Duke, ACLU of Kentucky's communications director.

“The ACLU of Kentucky has called on the state Dept. of Corrections officials to test 100% of the people that are in their custody,” she said.

As they wait for a vaccine, loved ones of those behind bars said testing must be taken more seriously.

A spokesperson with Kentucky’s Department of Corrections said they’re taking aggressive measures in response to COVID-19. But families of inmates counter it’s not enough, and said without more serious testing they’re left in the dark. We asked Governor Beshear whether more widespread testing may be a reality, and we’ll let you know what we hear.