FOCUS helps Louisville man save his home, get a job

FOCUS brought the unemployment story of David Timmons in August and now after community support he started his first day at a local landscaping company. 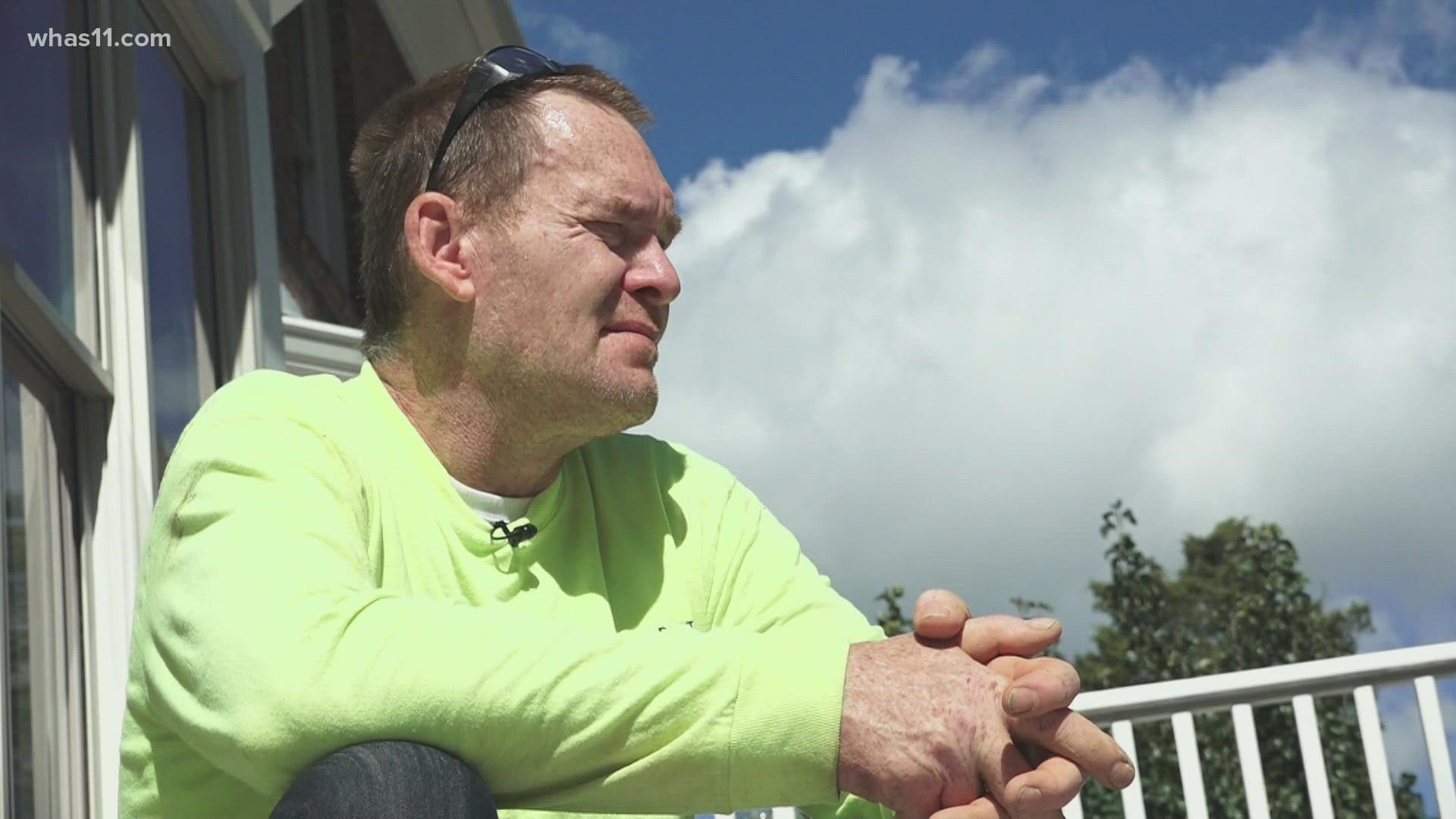 LOUISVILLE, Ky. — A lot can change in a month. Louisville native David Timmons is experiencing change for the better.

In August, FOCUS featured his own struggles with unemployment and not getting his benefits.

Timmons lost his job when the pandemic hit, lost the only way he could pay for child support when his unemployment payments suddenly stopped, lost two months in jail for not paying child support and was about to lose his house to auction.

It was one thing after another, and when people saw what he was going through, some reached out to help.

Timmons didn’t lose his house due to a generous donation to pay enough of his back due property taxes.

Novin has taken things a step further arranging transportation for Timmons to get to work since he can’t drive until he can afford to pay car insurance for his car.

And Novin expects Timmons will be a good worker.

“I hope he sticks around,” Novin said.

Even though Timmons is glad to have income coming in, the struggles will continue, at least for a while.

Besides getting back to paying child support, he needs to address a $900 fine from the Louisville Department of Codes & Regulations for required repairs on his property.

On top of that, Timmons hopes Kentucky unemployment will send him back payments for what he believes he’s still owed.

After our original story aired, he says he received $1900.

It’s a new beginning Timmons said, and he thanks FOCUS.

“Just ready to live again, you’re definitely on my side, that’s for sure, finally some relief,” Timmons said.

RELATED: 'I don't even have bus money, I'm that broke': Louisville man to lose house over unemployment struggles

RELATED: How has the end of pandemic unemployment benefits impacted Kentucky's workforce?