As thousands take to the streets to draw attention hundreds of years of inequity but the pandemic points our glaring disparities in health care. 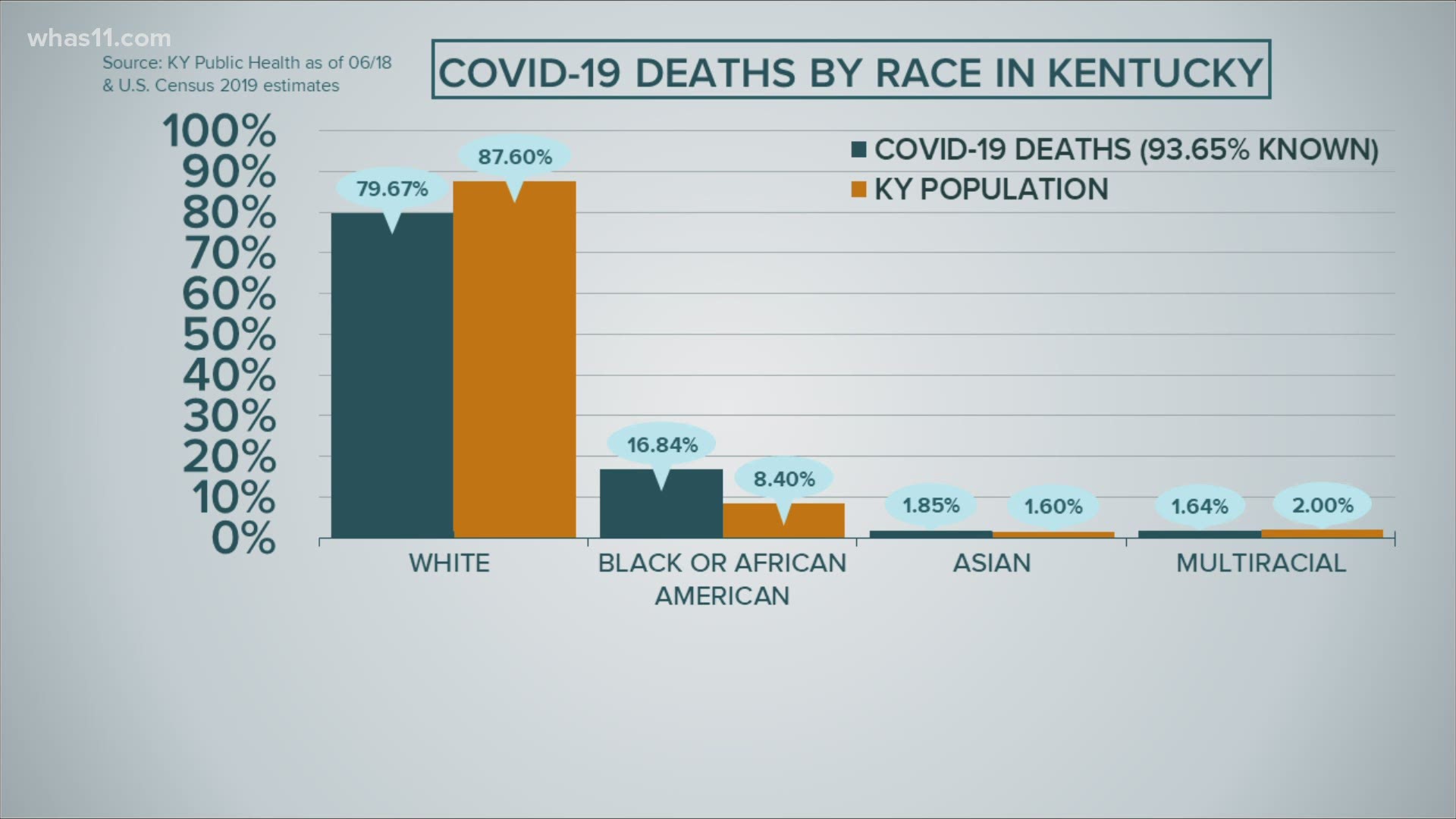 LOUISVILLE, Ky. — As thousands take to the streets demanding change in systems that perpetuate racial inequalities the current pandemic points to proof of disparity in health care.
Our FOCUS team is digging into that data showing the coronavirus is killing African Americans at a disproportionate rate.

The graph above shows the percentage of total deaths by race in the Hoosier State with the blue bars, compared to the U.S. Census population data in Indiana indicated by the orange bars.

In Kentucky, the divide is a tad deeper.

You can see the virus is killing twice as many African Americans when compared to the population. Again, the blue bar is taller than the orange bar.

And that isn't the only group dying at rates disproportional to populations. You can see Asian Kentuckians are dying at a slightly increased rate as well.

It is important to note, there is a small percentage of cases in each state where racial data is unknown so these racial disparities could be even deeper.