COVID-19 case highs in July could foreshadow deaths in August

Experts explain since those critically ill with the virus could be at battle for weeks or months. Sadly this means we could see a spike in deaths in the coming weeks 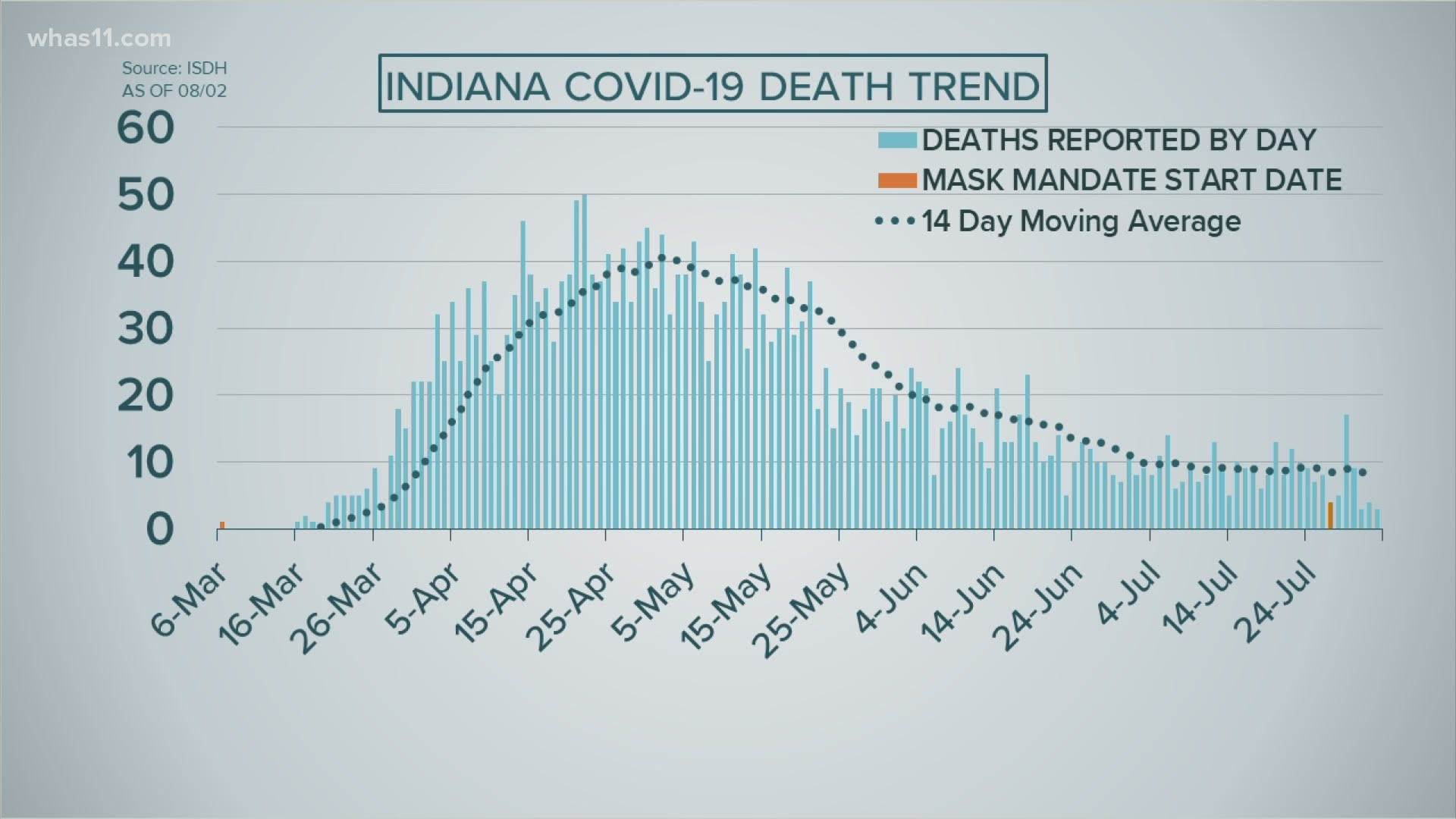 LOUISVILLE, Ky. — Research shows us COVID-19 deaths typically occur about four to six weeks after an individual is diagnosed.

The deaths we are seeing now are a result of cases from late June and early July.

Here's is a look at Kentucky.

Following that trend line, you can see death rates are lower than they were in April and seem to be plateauing.

Reflecting the case increase we saw in July, we know the number could start to creep back up in the coming weeks.

Take a look at Indiana's trend.

The death rate is way down from when it was at its worst in May.

Compared to Kentucky, Indiana has not seen the same increase in deaths reported daily and seems to still be at a plateau.

Unfortunately, we do expect these numbers to continue to increase over the next several weeks before they get better.