Thirty-two weeks since the first confirmed coronavirus case in Kentuckiana. The FOCUS team is breaking down the change case to case. 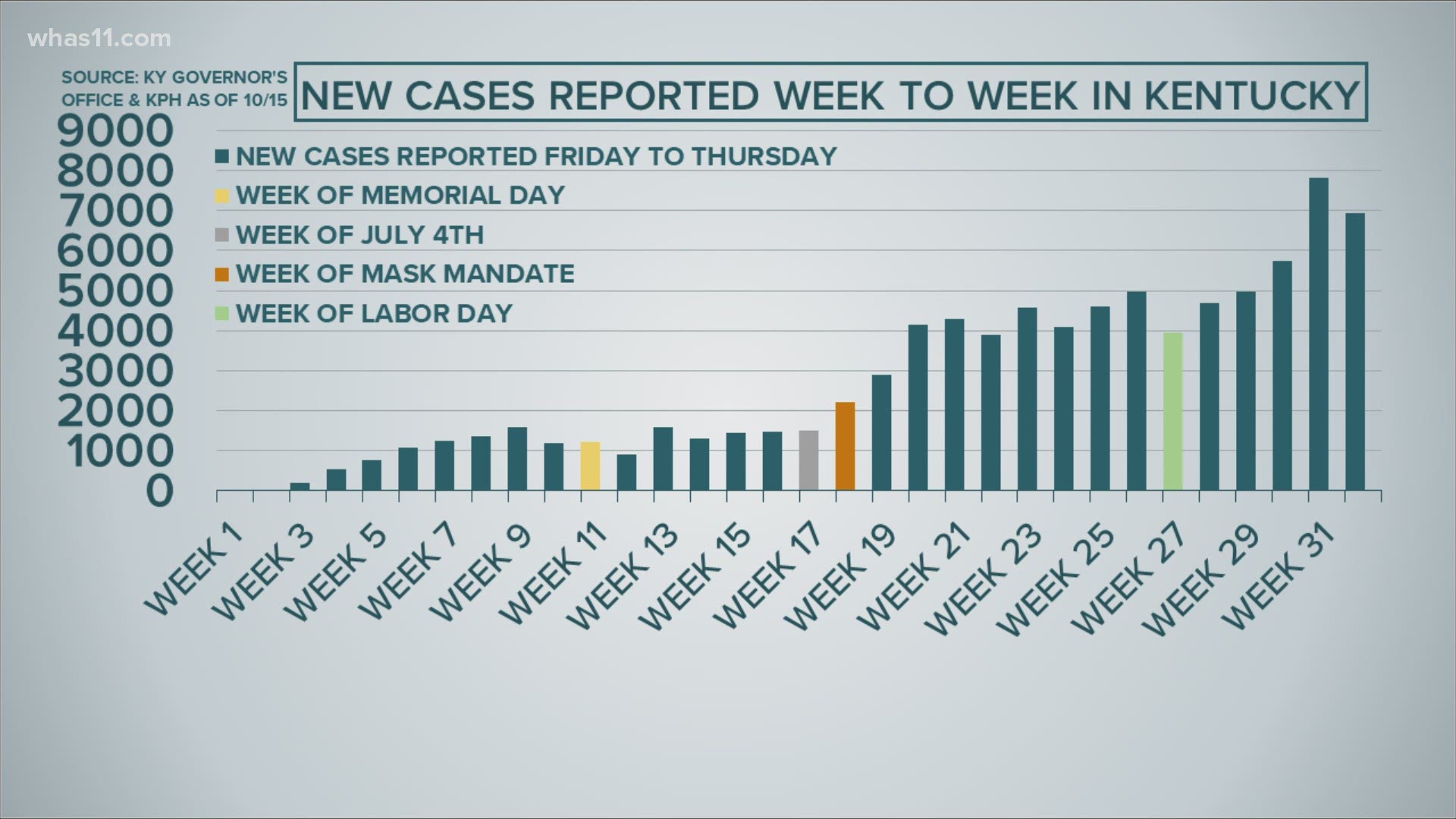 LOUISVILLE, Ky. — Can you believe it has been 32 weeks since the pandemic changed life for us all? The FOCUS team has some graphs to show you how case counts compare week to week.

For the most part, case counts week to week have increased in Kentucky since March.

Although reported cases in the Commonwealth climbed above 1,000 four out of seven days, there were almost 900 fewer cases this week compared to last week.

Case counts continue to creep up in Indiana. You'll notice, this week, the bar on the far right is reaching new heights.

Compared to the previous week, more than 3,000 new cases were discovered this week.

Indiana State Department of Health Commissioner Dr. Kristina Box was one of those confirmed cases.

In the wake of this increase, the reopening was stalled at Stage 5 which is the least restrictive stage before returning to normal.

Officials said the mask mandate will remain in place.

RELATED: COVID-19 cases in most states are on the rise | Data Deep Dive