Sheriff Todd Pate has no license and no gun but he's still on duty. The community is now protesting for his resignation. 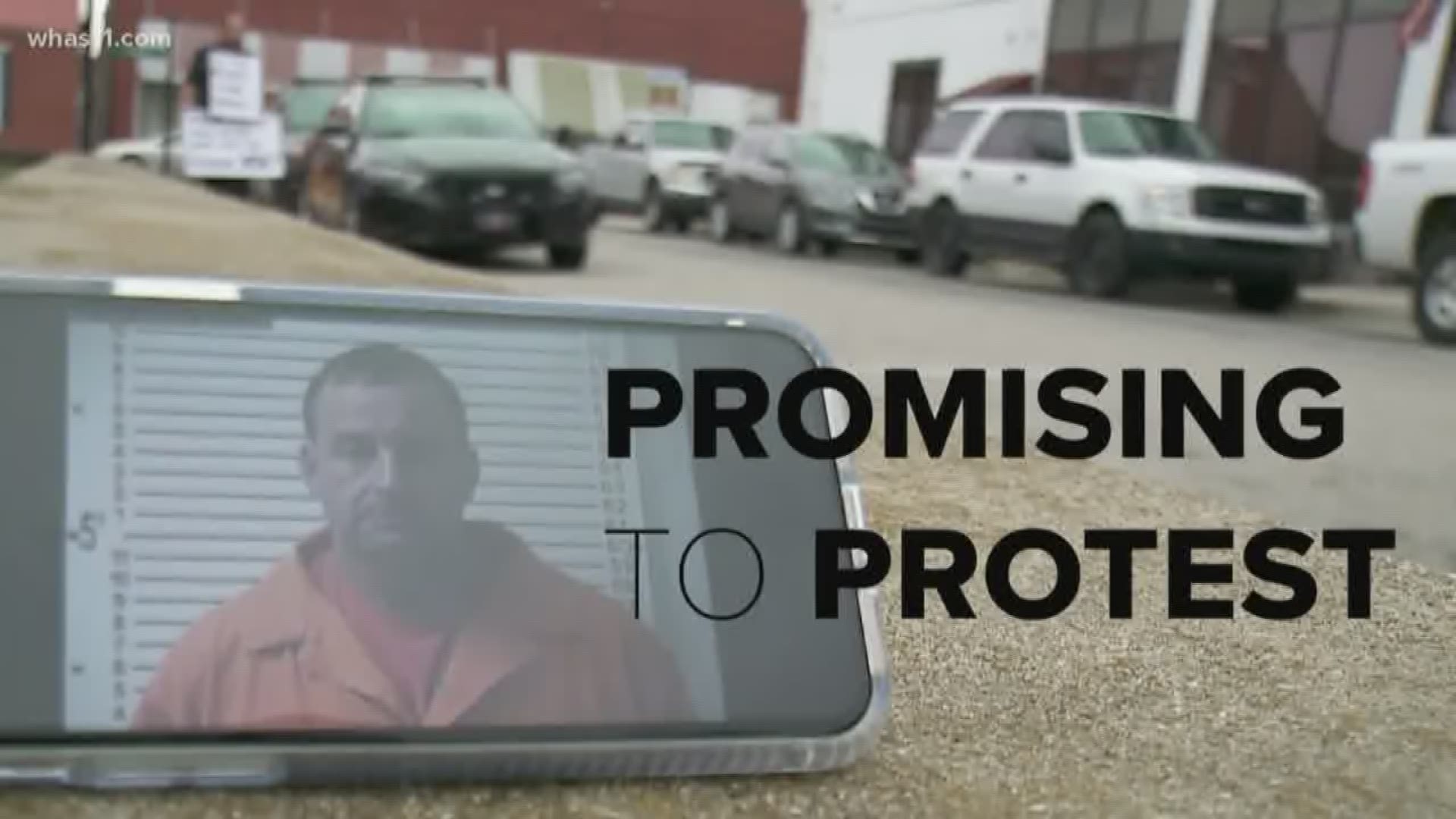 LOUISVILLE (WHAS11) -- It’s been three months since a Breckinridge County Sheriff was arrested and charged with his second DUI.

Sheriff Todd Pate has no license and no gun but he's still on duty.

The WHAS11 FOCUS team has been following this story since the start, on June 10, there are calls for his resignation.  Days after his first court appearance, community members marched in front of the courthouse. They want it known they are not OK with the current leadership in the county.

Sheriff Pate was arrested on March 8, after police said he put several lives in danger, crashed, and tried to hide the evidence. He was booked into jail that night.

On April 18 the sheriff was indicted on multiple charges, including four counts of wanton endangerment.

About one month later he was back on duty, out of jail, and out of rehab. The judge took away his license and his gun.

Now he is serving his community from the passenger seat and without a firearm.

The community he serves is calling for his resignation, promising to protest until it happens.