Closing the lifespan gap: How access to healthy food could impact life expectancy

The absence of grocery stores in west Louisville made Shauntrice Martin get her hands dirty to give her community what she said it's needed for decades. 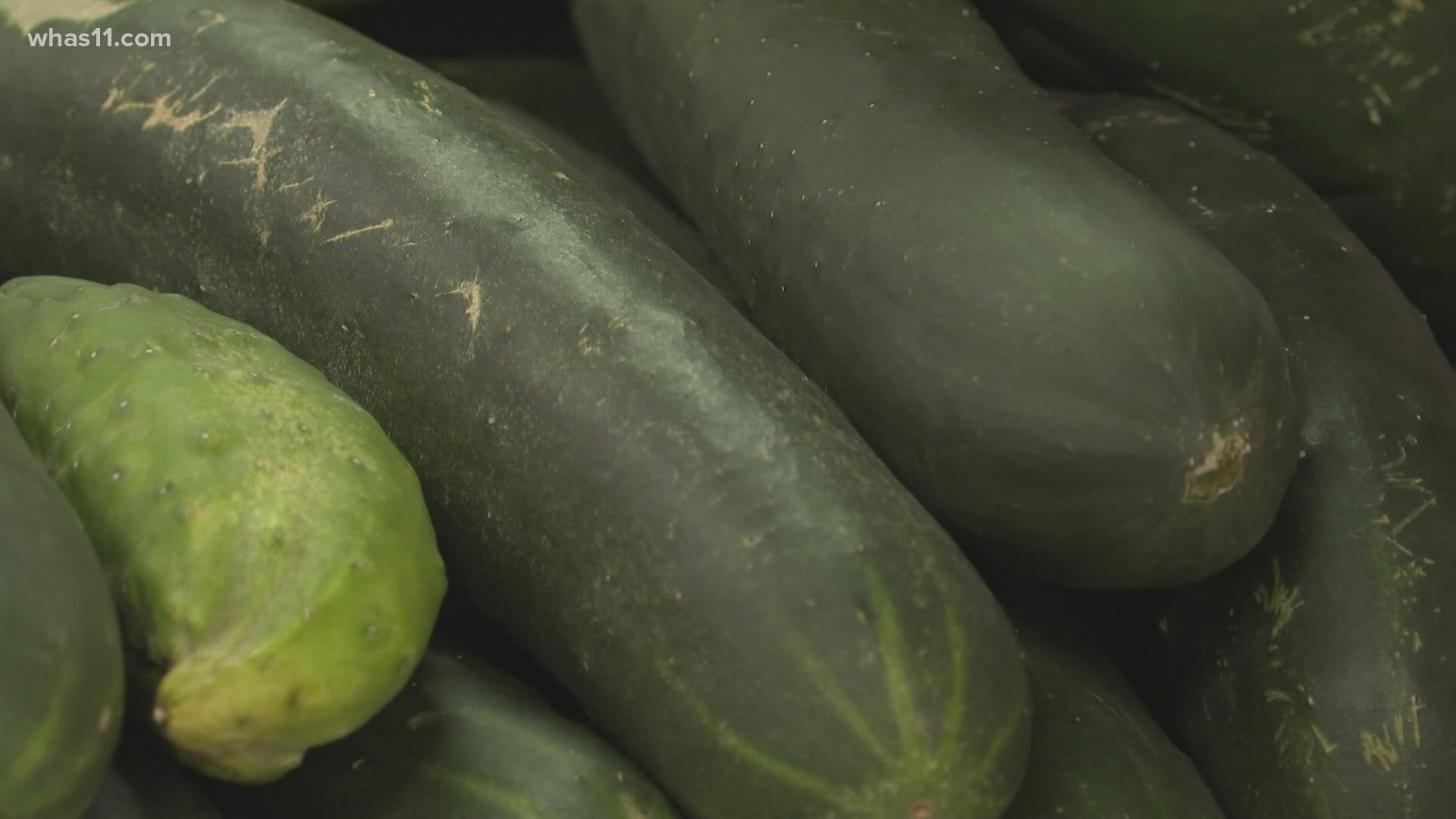 LOUISVILLE, Ky. — In Louisville, a distance of around 13 miles could mean the difference of about a decade of life, according to local health data. But one woman in west Louisville is working to close that gap.

That woman is Shauntrice Martin, the owner of Black Market KY in west Louisville. You can find her regularly dropping off watermelons and other hand-grown food to her neighbor, Nana Yaa Asantewaa, named after an African warrior. But in the last few years, she’s faced her own battle.

“I have a condition known as lymphedema," said Asantewaa, who lives in west Louisville.

It means her days are usually spent at home.

She’s grateful for Martin who visits her each week. Because without Martin, she said unhealthy microwave meals would be her norm.

“Well, part of it is because of what we have in the West End," said Asantewaa.

It boils down, she said, to one word.

There's lack in all areas of life, she said.

“Lack of housing, lack of education...”

And lack of healthy food.

“So that means that much of what comes to me is because of people like Shauntrice," said Asantewaa.

It’s that absence of grocery stores in west Louisville that made Martin get her hands dirty, to give her community what she said it's needed for decades.

“I'm the owner of Black Market, a grocery store that's focused on sustainability and fighting the food apartheid here in the West End," said Martin.

It’s a market she opened up in January, without much practice.

“Yeah, during the pandemic, actually," she said. “Before last year, I did not garden so the fact that these things are growing. Now, I've killed a lot of plants. But you know, now I think I've gotten into the groove.”

She opened her market just blocks from her earliest memories, to combat what she describes as a food desert that became even more unlivable during the pandemic.

“So I was born and raised in the West End," she said.

Her neighbors like Asantewaa are isolated, often without transportation.

She saw her community’s health deteriorating, and vowed to help break the cycle.

“So 100% of these vegetables come from Black farmers around Kentucky," said Martin.

“My mother suffered from health issues, my grandmother and my great grandmother, diabetes, heart disease, high blood pressure, and a lot of that is because of the lack of access to healthy food," said Martin.

Martin believes their lives were cut short, due to lack of access.

“So I want to help sort of bridge that gap between the have and the have nots," she said.

What’s the toll of that gap? Just how much does where you live impact your years on earth?

In west Louisville, life expectancy is around 72 years. But head east, and it creeps up to 77 years and then to 82 years. In other words, a distance of about 13 miles can mean the difference of a decade of life, according to data from the Louisville Metro Public Health and Wellness Department and the Kentucky Grocers & Convenience Store Association.

Health experts say these ages -- how long you might live based on where you live -- reflect the human toll of scarcity, which the pandemic has only worsened.

Life expectancy in the United States declined by a year and a half in 2020, according to the CDC. Martin believes limited access to healthy foods fuels the problem.

“So where someone lives is really tied to their health outcomes.”

Dr. Sarah Moyer is Louisville’s chief health strategist. She said the pandemic made those already vulnerable even more so.

“And so we know that COVID affects those that have higher blood pressure that are obese, all those things that lead to poor health outcomes," said Moyer.

“We've seen with COVID, that if we don't take care of everyone in our community, all of our health suffers," she said.

“And so I want to give back to the community. Because when we were poor and struggling, a lot of people did that for us," said Martin.

Martin and Asantewaa know Black Market KY is not the only answer to those in their community living longer, healthier lives. But they say its greenery in a sea of concrete is a step in the right direction.

Martin said she doesn’t just want to help her community access healthy food. She wants to support her neighborhood financially. Most of her products are from Black, local farmers and business owners. You can buy those products at her store on West Market Street, or order online.