‘It seems that they did not value her as a human.’ | Investigating decades old claims of wrongdoing inside Central State Hospital

A social worker is fighting to give her grandmother a voice after medical records detail she died from ‘professional neglect’ at Central State Hospital in 1940. 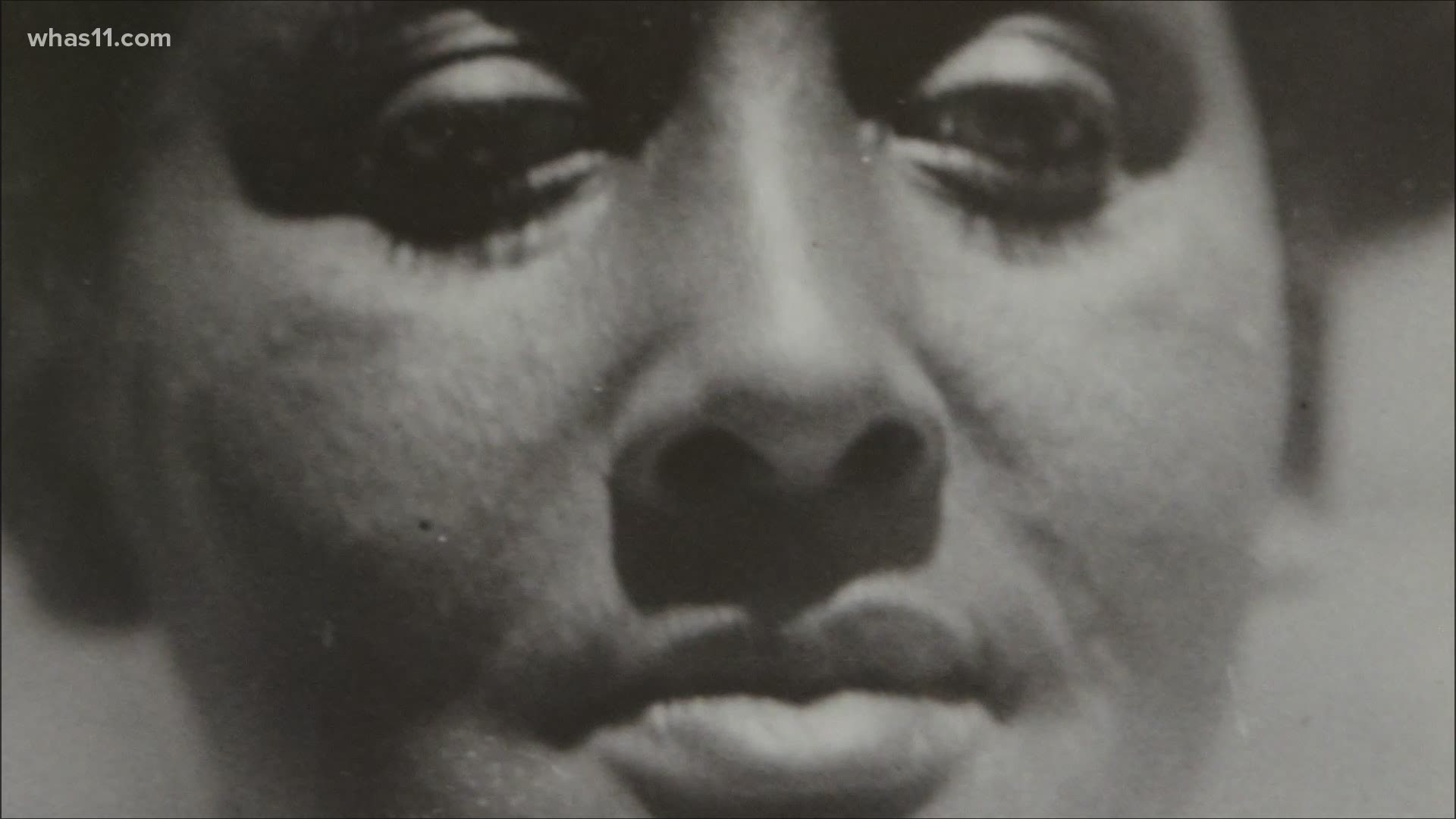 LOUISVILLE, Ky. — In 1940 at Central State Hospital, Ada Doss Campbell took her final breath. She was a daughter, a mother and a wife, but back then, Campbell was defined as a Black woman with a “mental condition.”

Nearly eight decades later, a family member is desperate to give Campbell a voice. She believes discrimination led to Campbell’s death all those years ago.

"She had a rapidly advancing labor pneumonia bilaterally,” Dr. Renee Campbell read from medical records. "She went into pleurisy with effusion and died from professional neglect in the early stages of her illness."

Dr. Campbell is a University of Kentucky faculty member and long-time social worker with a lengthy resume, including advocacy work and research. But this project is personal to Dr. Campbell because Ada Doss Campbell is her grandmother.

For so long, much of Campbell’s story remained a mystery to her family.

"Before I started bringing attention to this, it was very hard for me to look at her picture without feeling a sense of sadness or hopelessness or even fear,” Dr. Campbell said.

When her father died suddenly, Dr. Campbell felt a call to find answers about what happened to her grandmother.

"My father always used to talk about her and say he wanted to find her grave,” Dr. Campbell said. “He didn't know where she was buried."

Dr. Campbell said she went to the city clerk’s office and stumbled across her grandmother’s name. She learned Campbell had been placed in the city jail before she was transferred to Central State Hospital’s Colored Ward.

"They wrote that she died of professional neglect in the early stages of her illness,” Dr. Campbell said. "It seems that they did not value her as a human being."

"Because of everything going on in the world, all of the things that are happening here in Louisville as far as injustices are concerned, I said, ‘You know, this is a good time for me to go ahead and follow up on this research,’” Dr. Campbell said.

She called Central State Hospital which agreed to install a plaque, telling her grandmother's story. She also called state representatives who recognized the injustice. A citation of adjournment was read on the House Floor in Campbell’s honor.

But those acknowledgements didn't provide the peace Dr. Campbell sought. She was left wondering how many other families were still waiting for answers of their own.

"In the early 40s, they had 2,400 people living there and I'm sure that there was a lot of professional neglect,” Kathy Dobbins, CEO of Wellspring, said. “A lot of understaffing, a lot of underserving of the individuals that were there."

Dobbins, who has worked in the mental health field for the last 40 years, remembers walking the halls of Central State Hospital early in her career. She described the facility as “creepy” and “not beautiful" back then.

Claims of wrongdoing at the hospital were detailed in newspaper articles from that time period. According to Dobbins, health professionals didn’t know how to help before medications were discovered in the 1950s.

Dobbins said the idea that patients died when they should have lived is not a stretch.

"I’m sure people died of malnutrition. People died of food poisoning. Medical conditions went undiagnosed because they didn't have staffing. They didn't have enough staffing to be able to diagnose and treat the disorders that people experienced,” Dobbins said.

The FOCUS team wanted to know how many stories like Campbell’s still haven’t been told. FOCUS filed an Open Records Request with the state, which owns the hospital, asking for death certificates and physicians notes for patients who died at the facility between 1930 and 1950.

The request was denied, leaving Dr. Campbell wondering if other families will face the same fate as her father—never knowing the story of their loved one’s life.

"I think there are probably many, many like her,” Dr. Campbell said.

And without knowing those stories, Dr. Campbell fears there will never be real change.

“We’ve come a long way,” Dobbins said of current treatment for mental illnesses. “The medications have gotten better and better."

Wellspring, where Dobbins works as the CEO, opened in 1982, providing a middle ground for people with mental illness.

"At that time there were hospital and outpatient centers and nothing in between so a lot of people fell through the cracks,” Dobbins said.

The facility offered transitional housing and has since expanded to include a “wide spectrum of behavioral health, crisis intervention, housing and employment services.”

Since Dr. Campbell began asking questions and bringing attention to the circumstances of her grandmother’s death, she said she feels more hopeful.

"I'm hoping it’s going to encourage some kind of change, education around diversity, anti-racism, anti-sexism, against prejudice against people who have mental challenges,” Dr. Campbell said.

And she feels she has been able to give her grandmother—Ada Doss Campbell—a voice decades after her death.

“I'm hoping that other family members will be able to give their loved ones a voice,” Dr. Campbell said.

The FOCUS team digs into Central State Hospital’s past as one woman searches for answers in the death of a family member decades later.