Like blood running through our veins the Ohio River is vital. Something is tugging at that life line -- and fisherman can't reel them in fast enough. 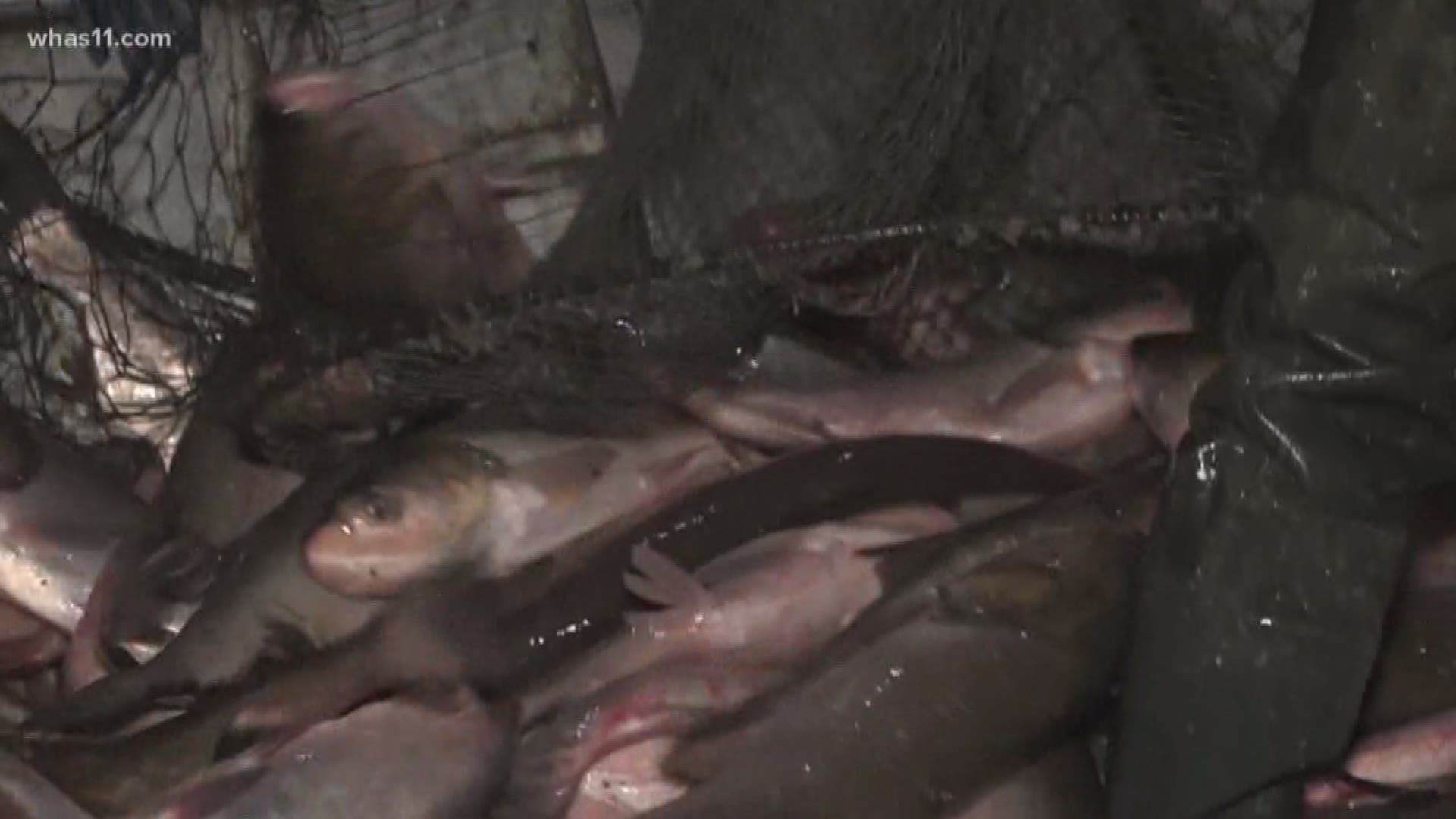 LOUISVILLE, Ky. — We've shown you how Asian Carp are exploding in numbers, how much of a threat they are to natural habitat and tourism, and how much of the commercial and bow fishermen are able to target -- they're a moving target and one kind is moving in on our area.

Every heave. Every Grunt. Every haul on the Ohio River is a net gain for commercial carp fisherman.

Every fish pulled out is a minuscule loss for the overall invasive population.

"We're just scratching the surface, if we're doing that, we'd come back here tomorrow and catch this many, if not more, the same spot," Johnson explained.

Black Carp are unlike their relatives Silver and Big Head Carp the South Region Fisheries Supervisor with the Indiana Department of Resources, Dan Carnahan told us.

"The other carp eat plankton, and primarily zooplankton, which is the source for the whole food chain," Carnahan said.

Carnahan pointed out "[Black Carp] a threat to our native mussel and snail populations".

Many of those mussels are already endangered.

Carnahan said Indiana knew before Black Carp were just 8 miles from the state line on the river, but it's likely the fish are now already in state waters. "If you've got one, there's probably more, right? Exactly."

That's about a one hundred miles straight shot to downtown Louisville.

Often confused with Grass Carp, Smith told us tests confirmed that this was indeed a Black Carp.

"We're trying to raise awareness to our commercial fishermen and other anglers using the river that might run into a Black Carp that we, we want to know when they catch one and where they catch it at," Carnahan said. "Get it on ice and give us a call and give us the fish, we'll come to pick it up."

As an added incentive to get Black Carp out of the Ohio River and other waterways in Illinois, that state actually has a bounty on the fish...people there can get a hundred bucks for Black Carp.

The FOCUS team has followed this issue and the trickle-down effect impacting our area.

If you have something you want us to look into, send the FOCUS team an email at FOCUS@whas11.com.