The Bare Minimum | Is it possible to live on minimum wage?

"I'm barely making it now. So, I can't imagine what someone making $7.25 is doing," Madeline Finney said. 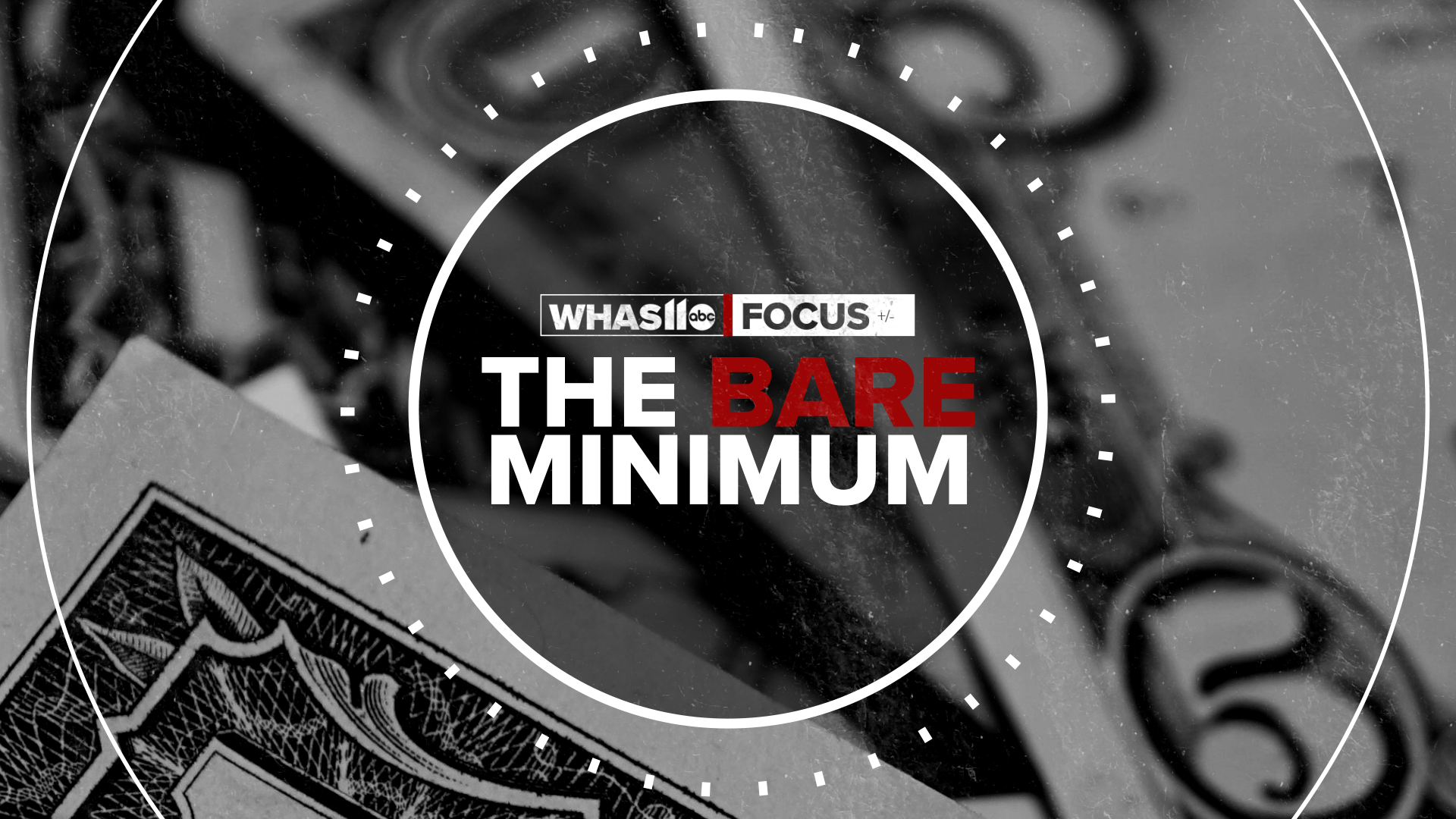 LOUISVILLE, Ky. — It's been twelve years since there has been a raise in the federal minimum wage. That's plenty of time for the cost of living to go up and a long time since $7.25 an hour went a lot further for Americans.

Fast forward to 2021 and Americans are going on 12 years, still waiting for a better bare minimum.

Madeline Finney, a grocery store cashier, told FOCUS she can't imagine living on $7.25 an hour. The 23-year-old currently makes $12 an hour and can't afford to live on her own.

"I was literally applying for anything that was $10 and up regardless of what occupation it was," Finney said. "I'm back where I was five years ago, working the same job I was in high school."

But Finney makes $5 more than the minimum wage.

Twenty states go by the federal minimum wage which adds up to a salary of about $15,000 a year.

According to the Kentucky Education & Workforce Development Cabinet, of the 1,011,000 hourly workers in the Commonwealth in 2020, 17,000 were paid at or below the minimum wage. That's 1.7% of workers paid hourly, which is slightly higher than the U.S. average of 1.5%.

"A lot of stuff that I can afford is cheap and unhealthy," Finney said. She just has to worry about feeding herself.

But for Joey D'Amico, a new dad, working at Amazon for $15 an hour wasn't really prime.

"From day one, from the day we found out that we were having a baby, I said,' I'm going to do better. I have to do better,'" D'Amico said.

The 27-year-old is now an electrician's apprentice with Swift DBM. He took a pay cut now, realizing that in just a few years it'll be much better pay.

"I definitely think it's a good start but it still doesn't feel like enough,"D'Amico said. His wife provides a second income.

Nicki Wright, a 30-year-old single mother and server at Outback, is paid an hourly rate below minimum wage.

"t's been pretty hard," Wright said. "I have not bought anything for myself in a long time and my son comes first."

Meanwhile, Madeline Finney is still young but she feels she's wise enough to know that the bare minimum needs a hefty raise.

"If they really think it's doable in this world, pay rent, pay insurance, pay for gas, pay for groceries, pay to live, try it on $7.25," Finney said. "If you think you can, I would love to see it."

RELATED: Kentucky jobless rates fall, here are the 3 counties with lowest in the state