Despite improvement, the economy, along with unprecedented unemployment, remains fragile. The FOCUS team digs in on what a second stimulus might look like. 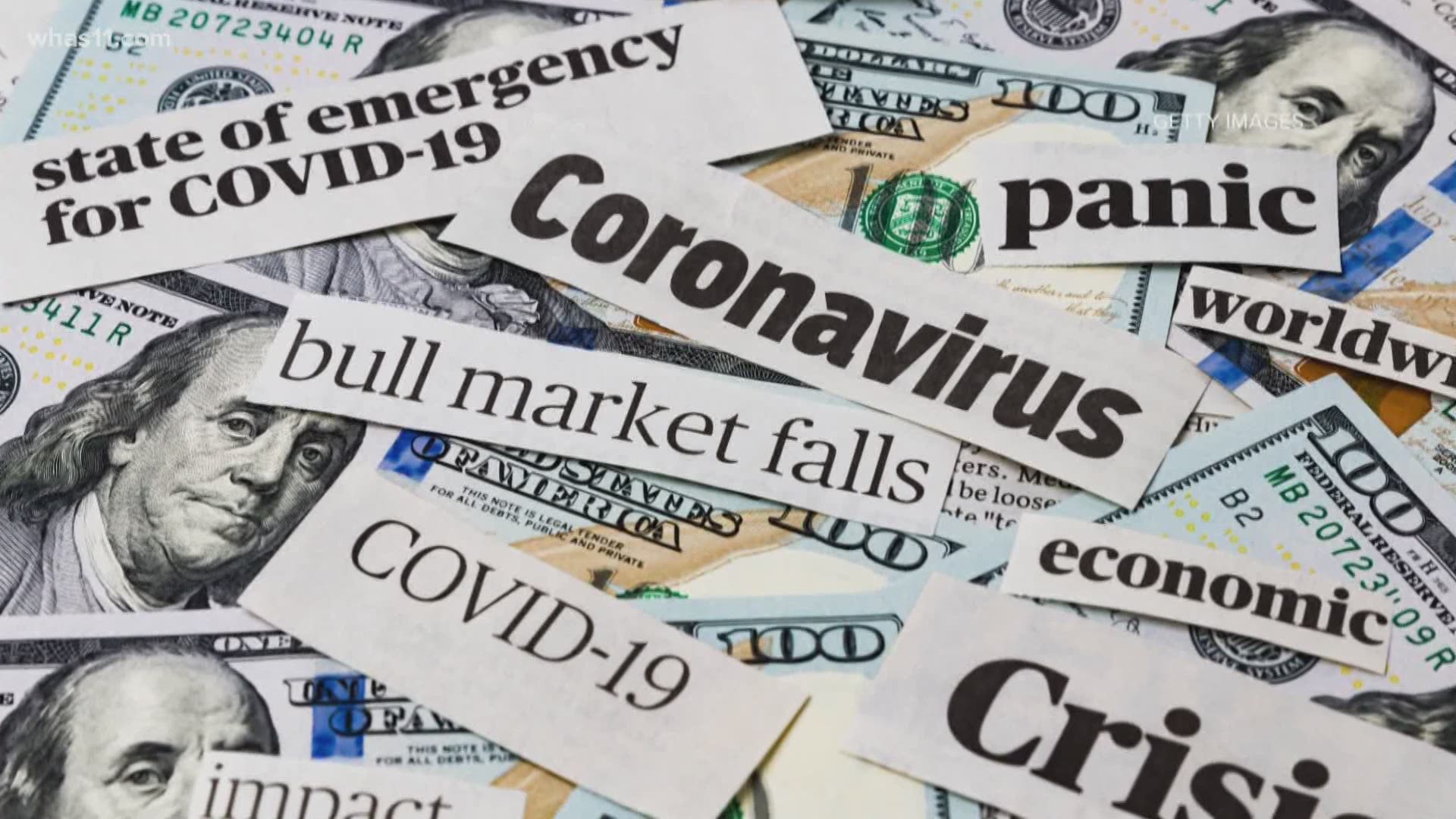 LOUISVILLE, Ky. — “I’m simply advocating for what we need in this state,” Kentucky Gov. Andy Beshear said back on June 30 at a press briefing.

Gov. Beshear also said that unless the federal government comes up with more money, or at least allows Kentucky to use CARES Act funding, the state faces a $1.1 billion budget deficit.

“This would be like letting Kentucky go bankrupt which we cannot allow to happen,” he said.

With debate on another stimulus package expected soon, Senate Majority Leader Mitch McConnell has stated that the original proposal would come from his office, just like the last time.

“I think the country needs one last boost,” Sen. McConnell has said recently.

“Unless you’re grossly negligent or intentionally engaged in harmful behavior, you shouldn’t have to be penalized by getting sued on top of everything else,” he said. “That will be in there I can guarantee you.”

Sen. McConnell also wants package provisions to include help to get kids back in school, a stimulus for job creation, and funding for healthcare.

Although much of America wants to know if another stimulus check is coming, Sen. McConnell is against any kind of help that diminishes incentive to get back to work.

Referencing the federal $600 per week Pandemic Unemployment Assistance supplement to state unemployment benefits, he said, “The one mistake I think we made in the unemployment area was providing a bonus that actually made it more attractive for many people to stay home.”