After a heated hearing, former Sheriff Todd Pate back in jail

The long time and recently retired Breckinridge County Sheriff, Todd Pate found himself on the behind bars again after a contentious hearing Thursday. 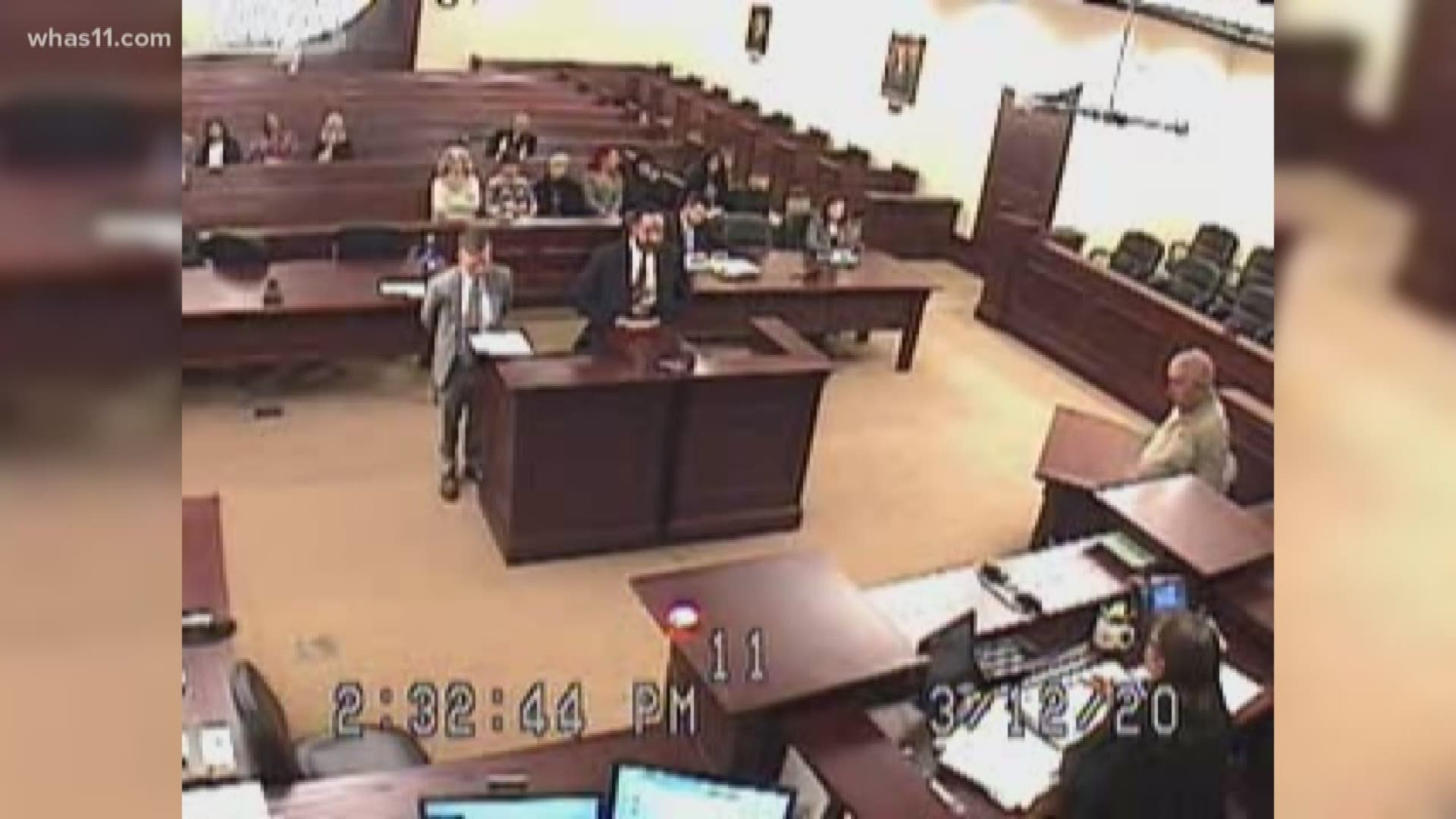 Judge Crocker: “You need to put that away.”

Judge Crocker: “You need to put it away.”

The hearing in Breckinridge County Thursday afternoon was off to a rough start.

It has been just over a year since, the long time and recently retired Breckinridge County Sheriff found himself on the wrong side of the law.

March 8 of 2019, 51-year-old Pate was arrested and charged with his second DUI while sheriff after crash injured another driver.

WHAS11 first told you about this case after our investigation revealed Sheriff Pate was stopped by an officer and let go less than an hour before he was arrested.

RELATED: Sheriff charged with DUI stopped by local officer in the hour before his crash

Special Judge Janet Crocker was assigned to the case as well as a special prosecutor, Blake Chambers.

He was ultimately charged with 9 charges: first-degree assault, operating a motor vehicle under the influence, four counts of wanton endangerment, first and third-degree criminal mischief and leaving the scene of an accident.

Before the hearing, Pate indicated he was ready to take a plea deal – 75 days behind bars with credit for time served.

Todd Pate: “Can I make somewhat of a statement.”

Judge Crocker: “That is a yes or no answer sir.”

In the hearing, Pate was reluctant to commit before the Judge.

Judge Crocker: “If it is your intention to change your plea from not guilty to guilty then I will take your plea and I will certainly you have an opportunity to make any statement that you want to make. But if it not your intent to enter a guilty plea at this time then I will set your case for jury trial and you're going to stop wasting my time and everybody else's time this afternoon.”

Todd Pate: “Ma'am, I'm not trying to waste your time.”

Judge Crocker: “and then is it your intention to enter a guilty plea or not sir?”

Todd Pate: “Why am I wasting your time?”

That led to a brief recess for Pate to confer with his attorney.

When they returned Pate said, “I had every intention of coming in here today and entering a guilty plea.”

While Pate said he takes full responsibility for his bad decisions, “Thank God I didn't kill anybody.”

He also voiced his frustrations with the prosecution, arguing that if it was someone else, they wouldn't have also charged him with first-degree Assault.

“Let me just plea and get it over with for everybody, plea to something that I absolutely do not feel good about, but I don't want you to try to send me to the penitentiary for years and years, if you can sleep with it, I can sleep with it,” Pate told the Judge throwing his hands in the air.

“We're done at this point in time,” she said. “We've got a fully executed plea documents that provided in pertinent part that he was to serve 75 days in jail, and he's going into jail today.”

Pate is set to remain in the Grayson County Detention Center for at least another week, at least until his next court appearance scheduled for next Friday March 20.