20+ tornadoes tear through Indiana every year, but still no school shelter regulations

Indiana is on FEMA's high-risk list for tornadoes, but the state still does not have regulations for school shelters. 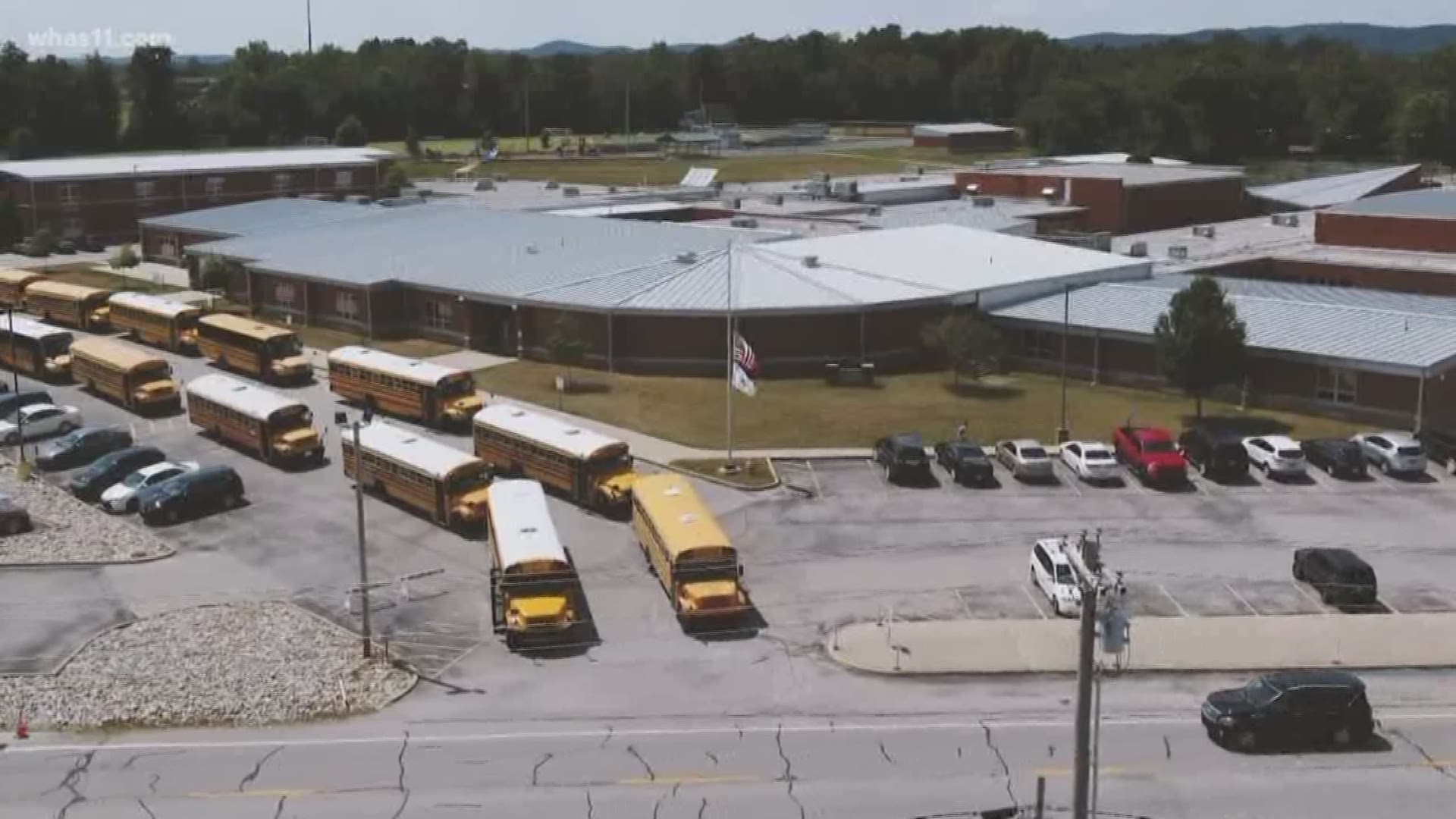 SALEM, Ind. — Back to school brings new backpacks, teachers and for some schools- safety regulations.

A new Kentucky building code went into effect this year, requiring all districts to incorporate a tornado storm shelter into their new construction.

It can price out to be a multi-million-dollar project but it can also be the difference between life and death.

That's why it's so surprising to some officials that one of the most at-risk states for deadly tornados has no regulations at all.

That state is Indiana.

The Tornado that Changed Everything

"I will tell you the day of March 2nd, it was beautiful in the morning. It was comfortable. It warmed up pretty fast, got into the mid-80s", former Henryville Principal Troy Albert said, "I came to work normal time, was prepared to go home normal time but that didn't happen."

Albert now leads Salem High School, as school principal. But on March 2, 2012, he was in Henryville returning from lunch when he got a call that that changed the course of his education career.

"As I was coming back, clouds are starting to come in but nothing real serious. And then we were watching and we didn't get an alarm on our weather channels or anything like that but I got a call from the superintendent and he says- it's coming right at you", Albert said.

An EF-4 tornado was tearing through southern Indian and taking aim at Henryville High School.

"We thought it was in the best interest for us to evacuate the building so we dismissed", Albert said.

Dozens of students were loaded onto district busses, with the intention to get them home before the storm hit.

But one bus didn't make it. Instead, the bus driver turned around, when she saw the funnel cloud up ahead.

Albert said the bus made it back to the building, and the students safely inside with only seconds to spare.

"It was a very loud noise. It was like a bomb exploded", he said.

High winds wiped out walls, cleared classrooms and left behind a campus of debris and damage.

Principal Albert said, "its like a needle in a haystack- it just happens that we were picked."

But the reality is, in this part of the country, the risk is real.

FEMA finds Indiana to be "high-risk" for tornados, siting the state averages 22 twisters a year.

The state is in a "red-zone" which means it sees winds of up to 250 miles per hour.

Even still, there are no laws or building codes requiring Indiana schools to have shelters.

Minton an elementary school principal in Salem, Indiana. His building holds the only storm shelter in the state.

Only two days into the new school year his building ran a tornado drill. But his school's steps look different than most. He can fit all students and staff into a safe room at the edge of the building.

"When we evacuate to this area from our warning- our process is- we usually have about three lines coming through these doors, students going to their specific areas and once we're in the custodian comes in and shuts the door and everyone is inside and we're safe from that point", Minton said.

With four classrooms, a presentation room and emergency supply closet, 12-hundred people could stay in the space for hours, if need be, during a storm.

The safe room, which is an addition onto the elementary school, was funded through a grant.

Its called the FEMA Pre-Disaster Mitigation Grant Program and it aims to reduce risk from future natural disasters, while also reducing reliance on federal funding in disaster aftermath.

Salem has their shelter and Crawford County hopes to be next.

"Nobody is exempt, its all of us. You have to be on guard", Crawford County Schools Superintendent Mike Key said.

Key is going through the grant application process right now.

"We are the biggest show in town, we house more people at any one particular time than anyone else in the county", Key said.

His hope is, with help from the FEMA grant, the school campus will provide a safe space to thousands in his rural county.

Key said, "Were being told that we have a real good chance at this. This is why were strongly pursuing. It would just be a really great thing."

It could take years before their application is granted, money is received and construction is complete. But the wait will be worth it, Key said, if it saves lives in the eye of a storm.

FOCUS reached out to the following school districts to find out how they keep their students and staff safe during a tornado warning.

Below is a list of current tornado plans each school district follows: