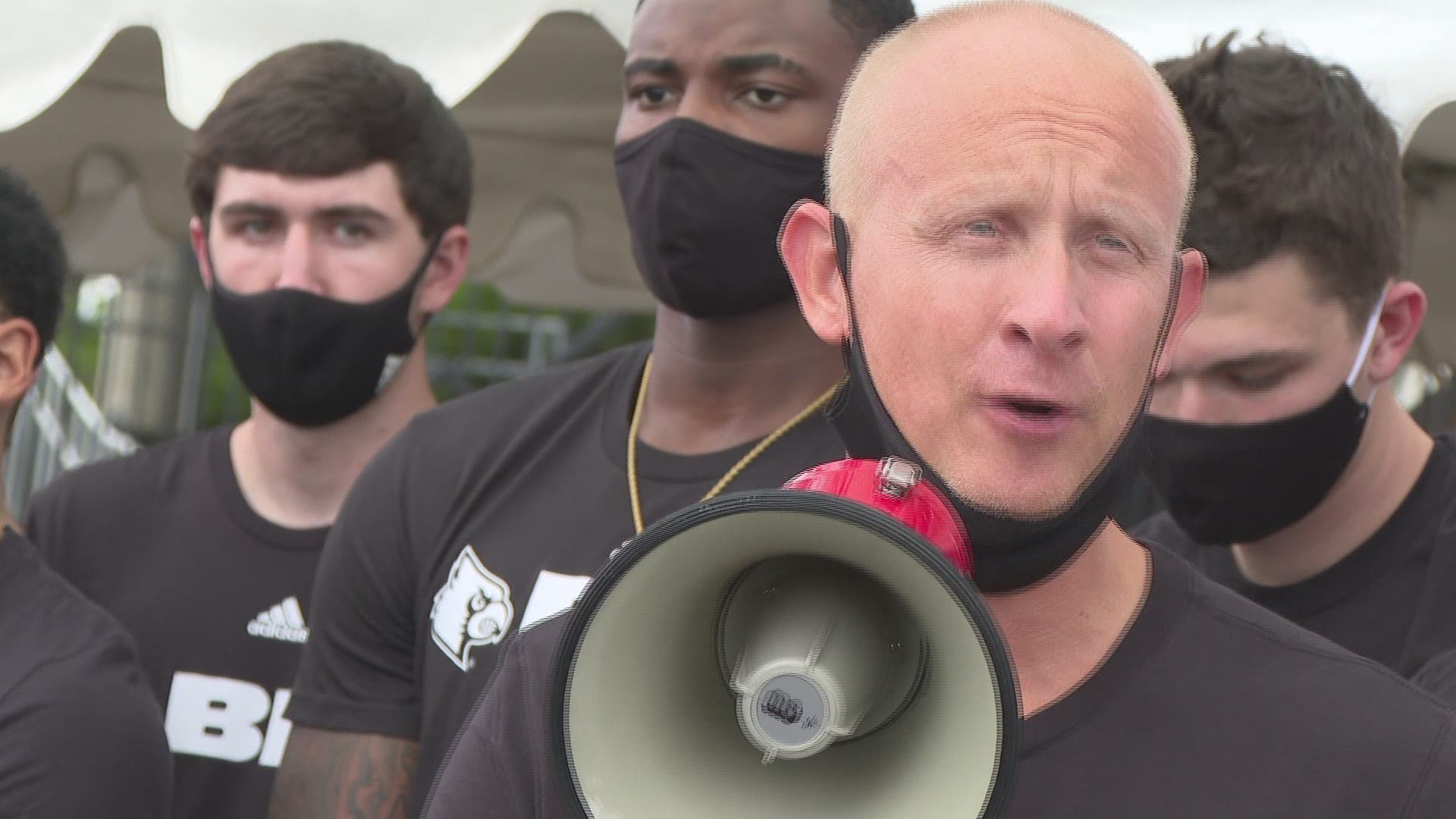 LOUISVILLE, Ky. — University of Louisville basketball players chose to protest instead of go to practice Friday afternoon. The team and coach Chris Mack were joined by hundreds of people to march across central avenue and through campus, before turning around to head back to Cardinal Stadium.

"In order for Black America to not hurt, white people got to get involved," Mack said.

Malik Williams, a player on the team, got emotional while speaking to the crowd. He says it's important for the team to seem as a unified front while pushing for justice for Breonna Taylor, while also asking the community to get involved in permanent systematic change.

Recently the team got registered to vote, and now they are helping the community get registered at Shawnee Park on Saturday, October 3.

"After us getting registered we kind of just thought that everybody's vote matters," Williams said.

While pushing for people to vote, the crowd stood in front of the people who showed up, all wearing Black Lives Matter shirts. When Mack was asked about the controversial organization, and wearing it on his shirt, this is what he said:

"I think Malik said it best, this is not political. and I feel bad for some people that want to politicize it," Mack said.