The request made by Breonna Taylor's mother and legal team was denied Friday morning. The council said they do not have the legal authority to fulfill the request. 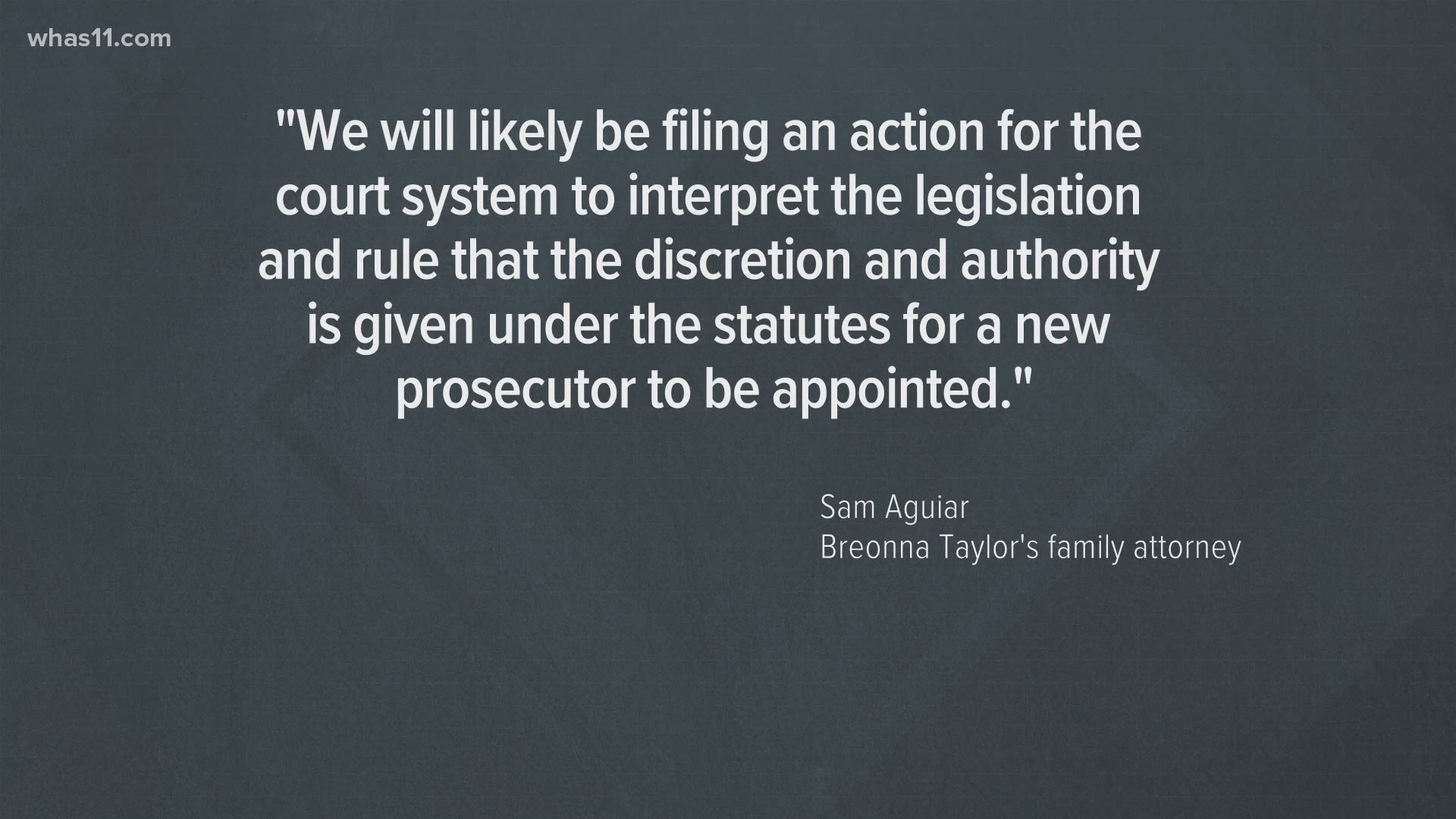 LOUISVILLE, Ky. — The request for a new special prosecutor to review the Breonna Taylor case has been rejected.

The Kentucky Prosecutors Advisory Council voted unanimously to deny the request made by Taylor’s mother, Tamika Palmer, during a virtual meeting Friday

"We spent a great deal of time looking at the legal authority," member of the council and Warren County Commonwealth’s Attorney, Chris Cohron said. "We do not have the legal authority to fulfill the request that has been submitted."

In their last meeting of the year the PAC had more than 200 people watching. Most of them used the chat section to drop messages calling for justice for Taylor.

"Our hearts go out to Ms. Palmer in regards to this,” Cohron said. "But when we looked at the request, the first step we got to look at is do we have the authority granted to us by the legislature."

In May Jefferson County Commonwealth's Attorney Tom Wine recused himself from the Taylor case because he was investigating Taylor’s boyfriend, Kenneth Walker. Under state law Chapter 15, The attorney general can request another commonwealth or county attorney to serve as special prosecutor, but Attorney General Daniel Cameron appointed himself.

Cohron argued Cameron’s office took the role as special prosecutor because of its "increased investigative and legal resources that would be available."

Cameron has been heavily criticized for his handling of the investigation by anonymous grand jurors, protesters and Taylor's mother Tamika Palmer. In October Palmer sent an application to the PAC for a new special prosecutor.

"PAC does not have any authority to intervene in the appointment, allocation, or assignment of a special prosecutor in a matter which the attorney general has accepted, assigned his own staff and previously presented to a grand jury," Cohron said.

Attorney for Taylor’s family Sam Aguiar, said as far as his research, the PAC is the only option Palmer had in this situation.

After the vote people on the call unmuted their mics and expressed their disapproval. Some of them said, “oppose!” Another said, "you're wrong and you know it."

Taylor's family attorney, Sam Aguiar says "this isn't over yet." He posted on social media after the meeting: "So the PAC just punted. Had an opportunity to restore integrity to the process and instead chose to basically say, "we are not going to touch this.” We will likely be filing an action for the court system to interpret the legislation and rule that the discretion and authority is given under the statutes for a new prosecutor to be appointed. Remember everyone, there was not a no true bill rendered in this case. Double jeopardy does not apply. These officers can still be charged and they need to be. It’s not over yet. Not even close."

All members on the Kentucky Prosecutors Advisory Council voted not to approve Tamika Palmer's request of a new special prosecutor to review her daughter #BreonnaTaylor's case. Several guests on the Skype call unmuted themselves yelling "oppose!"@WHAS11 pic.twitter.com/uokFJwsoZL

The initial request was made in early October by attorney Benjamin Crump saying in a tweet, “We DEMAND a new special prosecutor, reopen #BreonnaTaylor’s case! An innocent, daughter, sister & friend was MURDERED by cops -- & Kentucky’s leaders must hold those responsible accountable, IMMEDIATELY!”

This request was made a day after audio recordings in the grand jury testimony shed light on what happened the day Taylor was shot by Louisville Metro Police on March 13.

In late October, Daniel Cameron responded to calls for a special prosecutor in the case saying, "It was not our judgment that there should be other charges that the grand jury should be advised of. Keep in mind that the grand jury can, you know, as an independent body, bring up other questions or other issues. But I fully take responsibility for the recommendation that we made."