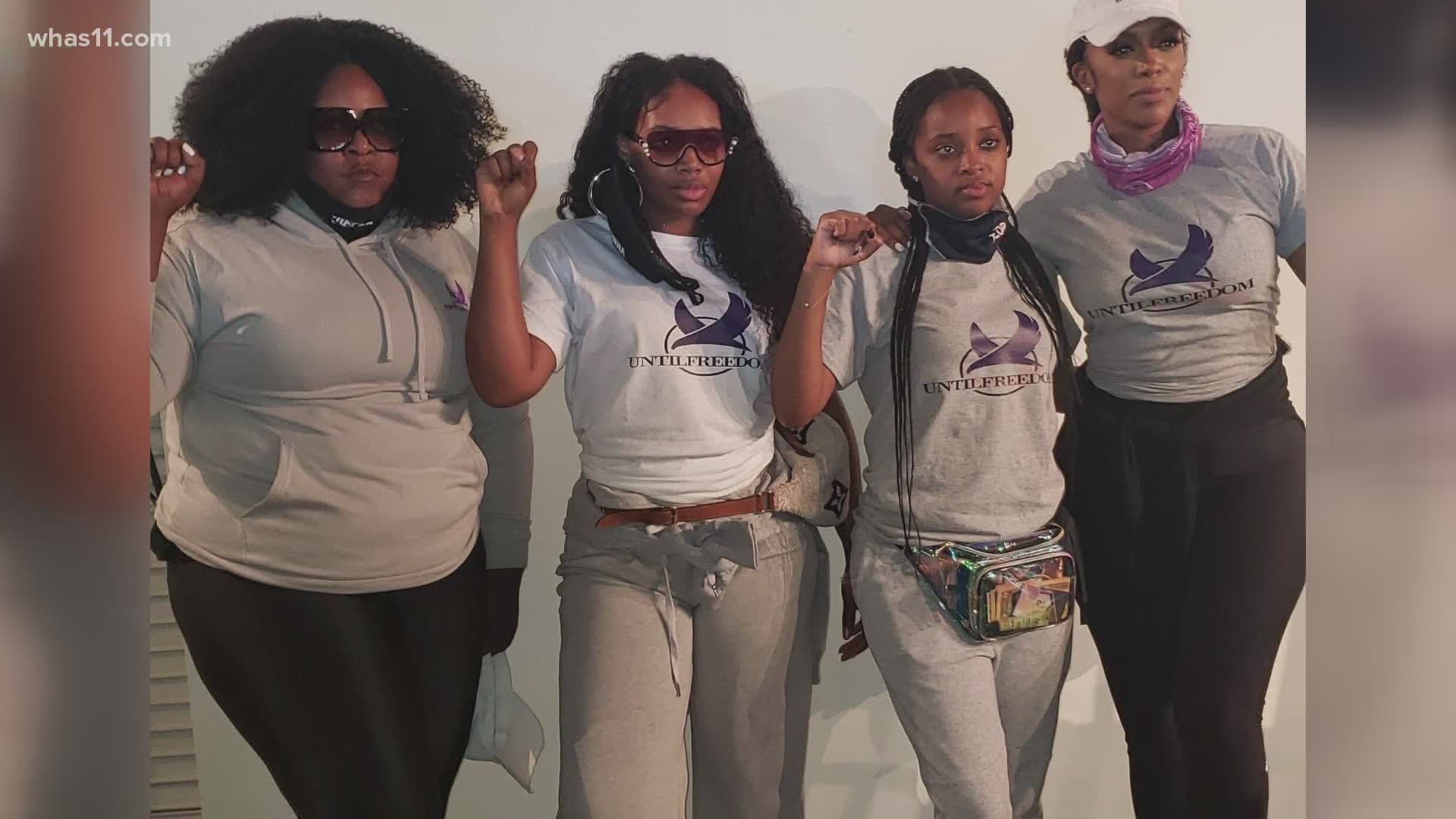 Tamika Mallory and Linda Sarsour, two of the leaders of the 2017 Women's March, were two of the 87 protesters arrested Thursday. Real Housewives of Atlanta star Porsha Williams, the granddaughter of a prominent civil rights activist, was also arrested and released Tuesday.

Rappers YBN Cordae, Trae Tha Truth and Mysonne were also arrested. All are associated with Until Freedom, the New York-based social justice organization that led the demonstration to the AG's house.

NFL wide receiver Kenny Stills was arrested during the protest and released Wednesday morning. Those who were leaving Metro Corrections Wednesday said there was no social distancing, saying there were at least 20 people in a cell.

Sarsour, one of the lead organizers, said they will return to Louisville and continue protesting the Breonna Taylor investigation.

"We are not intimidated by felony charges," Sarsour said. "We will come back over and over again."

WHAS11's Senait Gebregiorgis has been outside Metro Correction talking to protesters released from Metro Corrections and will have more during the 4, 5 and 6 p.m. newscasts.