As the community awaits a decision from the attorney general, all eyes have been on Louisville as the city and country takes a look at racial injustice. 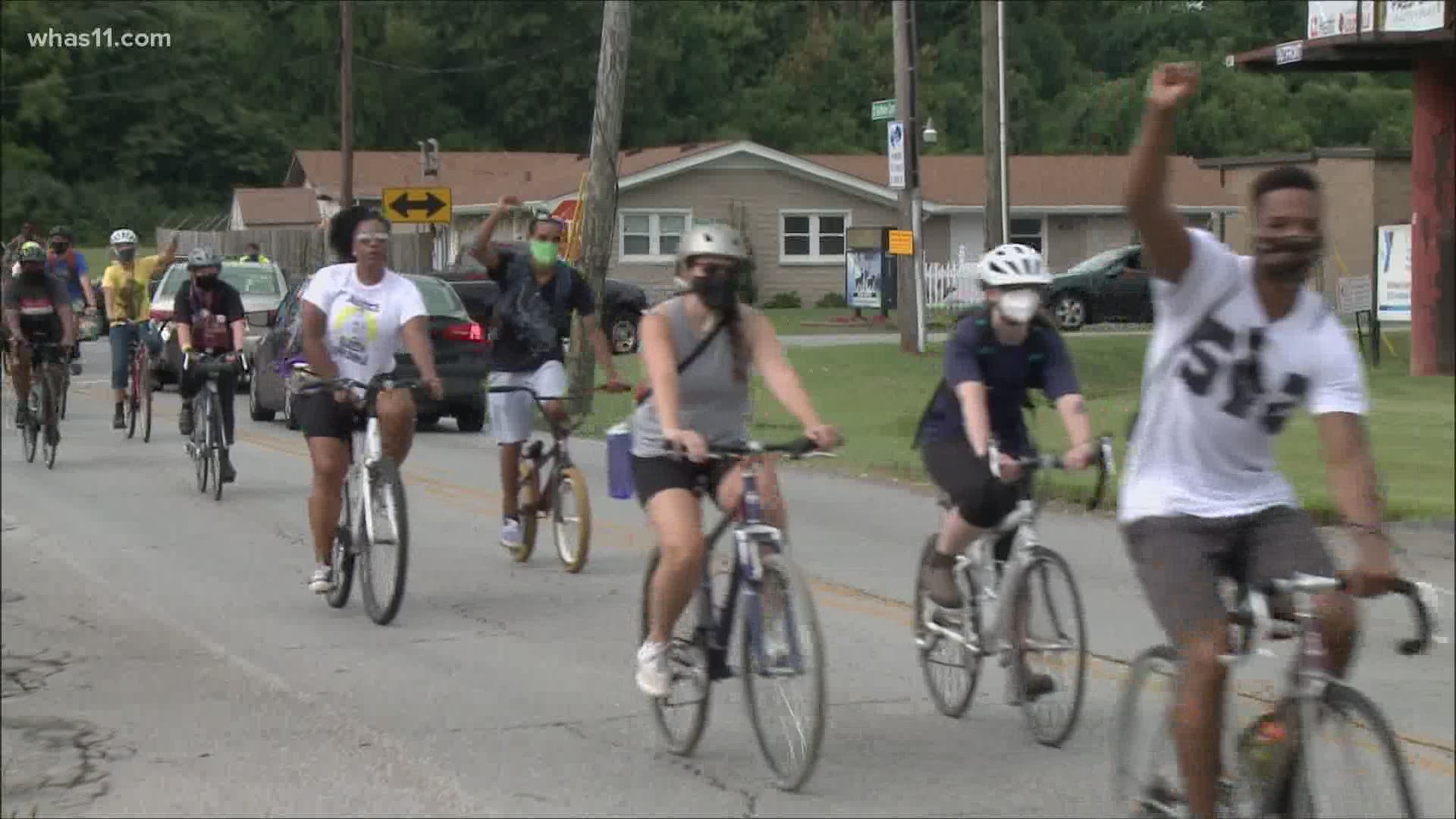 LOUISVILLE, Ky. — Dozens of bikers came together this afternoon to demand justice for Breonna Taylor. It’s been exactly six months since she was shot to death by Louisville Metro Police.

The group biked 24-miles around the city to Taylor’s South End apartment.

“I want people to know what happened and where it happened," Nicole Williams, an organizer of Say Her Name Bike Ride, said.

Six months to the day, it’s where Taylor was shot to death by police.

“See these bullet holes for yourself… Why is there a bullet hole right here?" Williams said.

“This is tragic. This is heartbreaking, but this is real, and this is why we’re here," she said.

But she said in order to stop systemic police violence, it’s time that pain be exposed.

“And this keeps happening. And it’s not just Breonna Taylor that it’s happening to," Williams said.

Community advocate Christopher 2X saw Taylor’s apartment days after her death. He said it's an image that still haunts his memory.

“I never witnessed anything like that at that level, where bullets were just entrance holes in different parts of the apartment," he said.

“That’s AG Cameron’s job to sort out, where’s the truth based on the investigation and announce that to the family and announce it to the public," he said.

Kentucky Attorney General Daniel Cameron has said his investigation into Taylor’s death is ongoing. Yet, critics argue progress on the case has been too slow. Williams and others who participated in the Say Her Name Bike Ride said they'll continue coming together in solidarity until the police responsible for Taylor’s death are criminally charged.