The mural was created by Maryland-based artist Comacell Brown and is located at the newly renovated basketball court at Lannan Park. 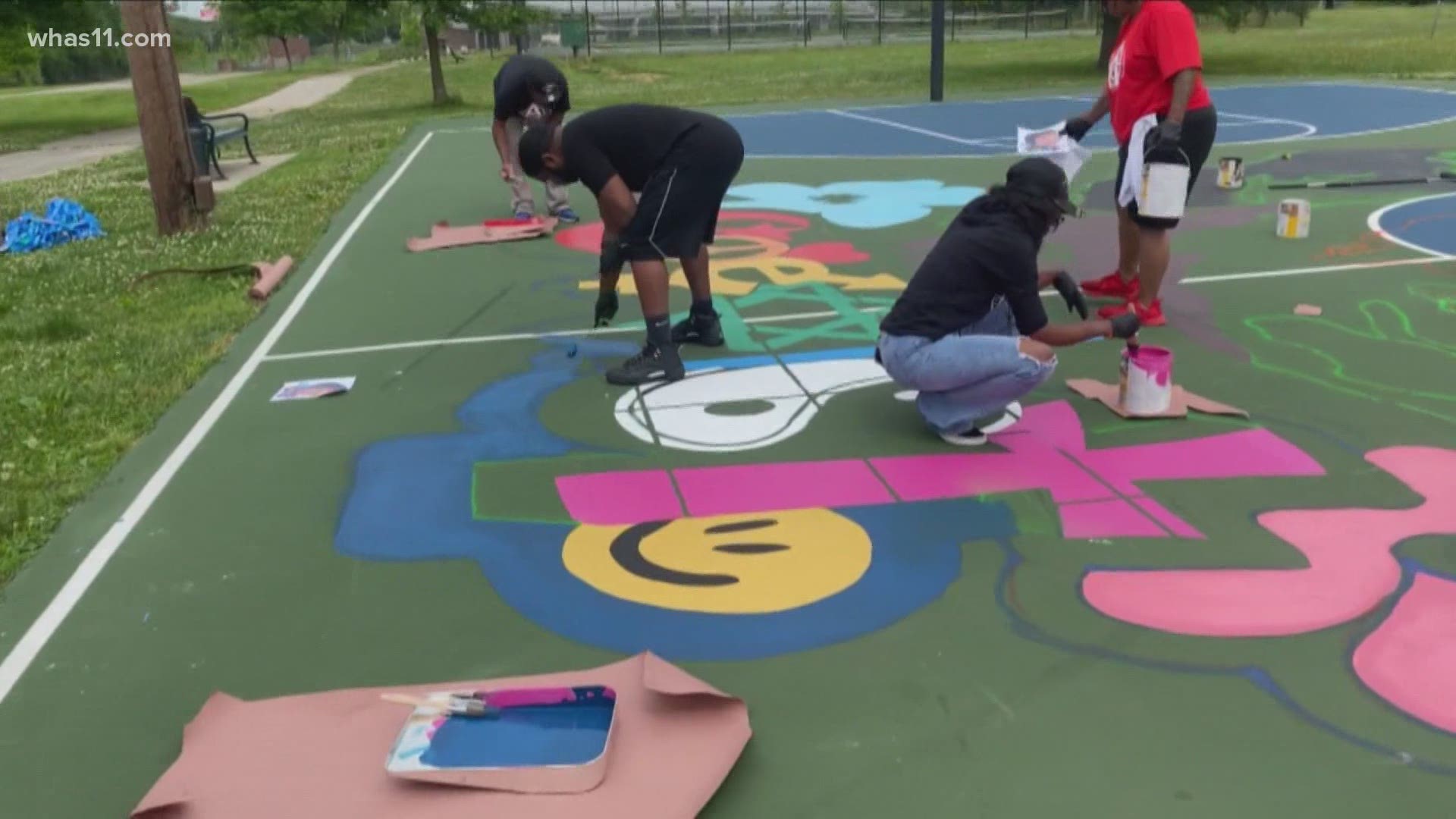 LOUISVILLE, Ky. — In honor of Breonna Taylor’s birthday weekend, a new mural to honor her life and legacy was unveiled in the newly renovated Lannan Memorial Park.

"I'm just grateful and thankful to everybody," Tamika Palmer, Breonna's mother, said. “I know Breonna's proud and I don't know a better way to kick off her birthday so make sure y'all show up all weekend and continue to honor her and bless her name.”

Palmer was joined by Kenneth Walker, Breonna's boyfriend, and his family for the unveiling of the mural. It was a complete surprise, as they saw it for the first time.

"It's been along road for all of us. The Palmer family and the Walker family have become one now," Kenny Walker Sr., Kenneth's father, said. "Let's pray for justice.”

The project was about a year in the making, despite only taking four days to paint. It was made possible by the Russ Smith Foundation, who put the idea in motion. The former UofL basketball star worked with other partners to bring it to reality.

"We've been at this for a year. It's been ups and downs. And I didn't know that I would even be here," Smith said. "For me to be here and witness this history is a blessing in itself.”

The painting of Breonna, with the word "Coexist" underneath, was created by Maryland artist Comacell Brown Jr.

“Being that it’s a new year and we have a lot more issues going on. Her case and her story should not be left and not be unheard,” Brown said.

Brown is the lead artist of the Annapolitan Mural Group. A team that’s created work across the country to bring communities together while sparking healing.

“We initially did a mural in Annapolis, Maryland on the fourth of July last year. We made a connection with Breonna Taylor’s Family when they came down on the march for Washington," Brown said. When we linked up with them we promised to keep in touch and they said they were interested in doing a mural here in Louisville.”

For nearly a year both Brown and Breonna Taylor’s family have been in contact, picking out designs and a location.

“This artwork being in a special place for them [the Taylor family and community] to come and embrace her and her birthday," Brown said. "Means a lot to me to be a part of that.”

Brown’s work has generated conversations following the cries of social injustice back in 2020. He says his artwork is something he hopes will continue to bridge the gap and spark change.

“We’ve done projects all over the country," Brown said. "Where we actually incorporate the police, get them to come out and paint and they get to talk to some of the residents and you’d be surprised how that could build a relationship between the two.”

Councilwoman Purvis played a role, along with several other councilmembers and Metro Parks, in bringing the mural to Lannan Park. She said it was chosen because of its proximity to the interstate and because of the other amenities coming to the revitalized park.