"Hopefully it was a mistake on his part," Sgt. Mattingly said. "I can't answer for Det. Jaynes...that's something that he is going to have to deal with." 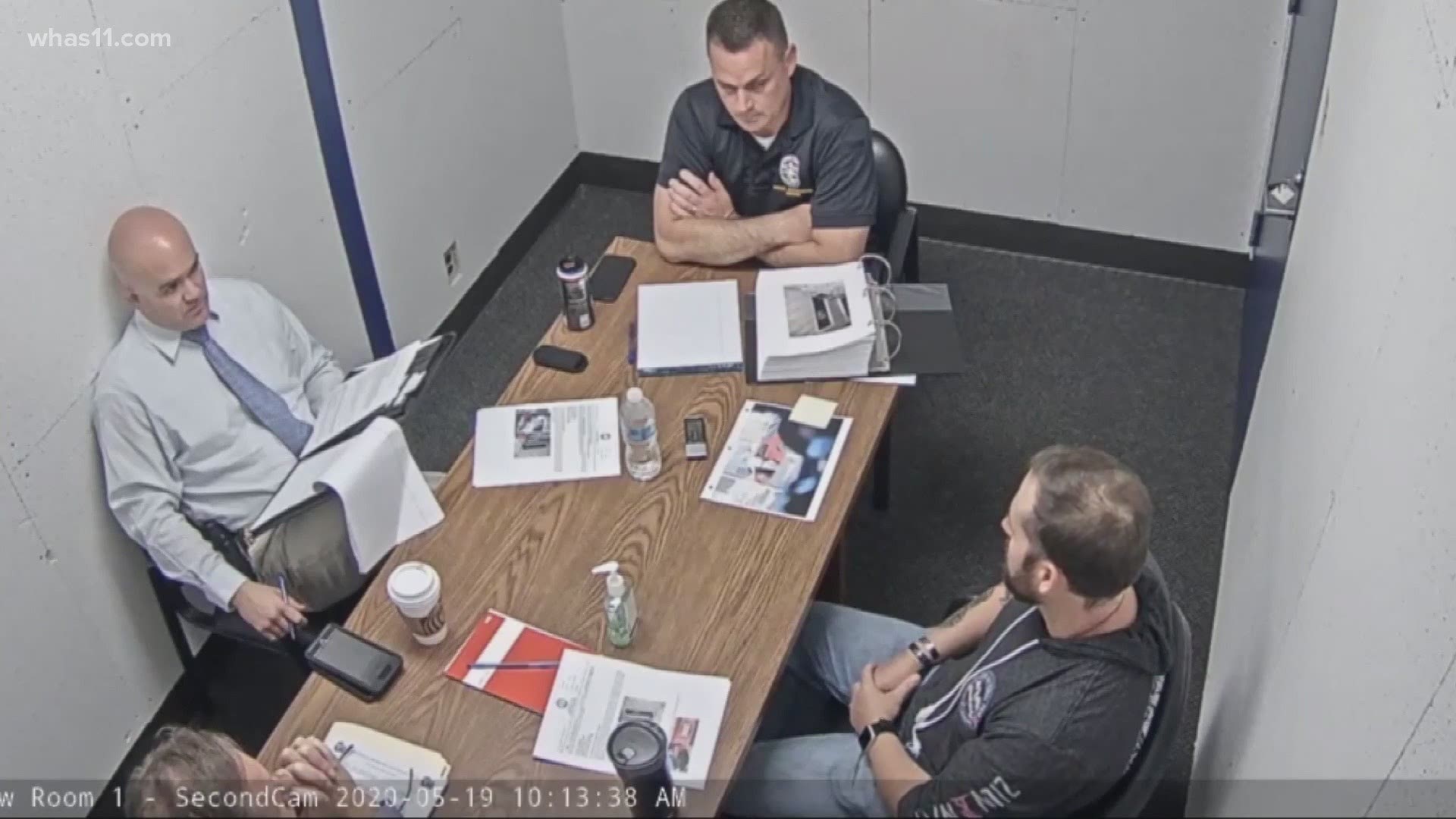 LOUISVILLE, Ky. — Detective Joshua Jaynes, the Louisville Metro Police Officer who obtained the search warrant that eventually led to Breonna Taylor's death, said he had checked with Sergeant Jonathan Mattingly to verify packages were being sent to her apartment.

Mattingly and his attorney Kent Wicker say that isn't true.

In an exclusive interview with ABC News and The Courier Journal Mattingly distanced himself from the warrant and suggested Jaynes was not truthful about his role in securing it.

Jaynes explained to LMPD's Public Integrity Unit how he verified their main target Jamarcus Glover had been receiving packages from Taylor's apartment.

"I asked [Mattingly] 'hey did you hear anything back about our target Jamarcus Glover?' He's like 'yeah basically that they're doing an investigation on this guy for possible reversals or he's getting some packages like that's phenomenal,'" Jaynes said. "'He's like 'I'll get back with you when I hear back stuff and I was like 'that's awesome.'"

"Hopefully it was a mistake on his part," Mattingly said about Jaynes. "I can't answer for Detective Jaynes or what his thought process was, that's something that he is going to have to deal with."

Attorney Kent Wicker told WHAS11 in a statement Mattingly was not involved in securing the warrant for Taylor's home.

"Mattingly merely gave Officer Jaynes the name of a contact at the Shively Police Department who was working on a task force with the Postal Inspectors as a source for information Officer Jaynes was looking for," Wicker said. "Sgt. Mattingly never advised Jaynes that packages for Jamarcus Glover had been delivered at Breonna Taylor’s apartment, he did not draft the search warrant affidavit, did not sign it, and did not even see it before serving it on the night of March 13."

Mattingly was shot in the leg while executing the warrant on March 13. Weeks after Taylor's death, Mattingly told investigators his only role was to serve the warrant.

"We didn't do any of the investigation we did none of the background," Mattingly said in his interview with LMPD's Public Integrity Unit in March. "It was a heavy manpower intensive operation they just needed bodies."

Shively Police Sgt. Timothy Salyer told LMPD's PIU that Mattingly had reached out to him and his colleague Det. Mike Kuzma in January about deliveries to Taylor's apartment. Salyer said he told Mattingly there were no packages for Jamarcus Glover being sent to Taylor's address.

Almost two months after Taylor was killed, Salyer said he called Mattingly on the phone to double check whether he informed Jaynes about there being no packages.

According to Salyer, Mattingly said "I told [Jaynes] what you told us there was no boxes coming out of that apartment."

Joshua Jaynes' attorney Thomas Clay said in a statement sent to WHAS11, "I am investigating this issue between Sergeant Mattingly and Detective Jaynes about contact with the U.S. Postal inspector. The investigation includes talking to LMPD members who have knowledge of the communications between Sergeant Mattingly and Detective Jaynes. Hopefully, I will be able to finish my investigation by next week."