A committee hearing was held for Senate Bill 4 designed to limit no-knock warrants and supporters are more optimistic than ever. 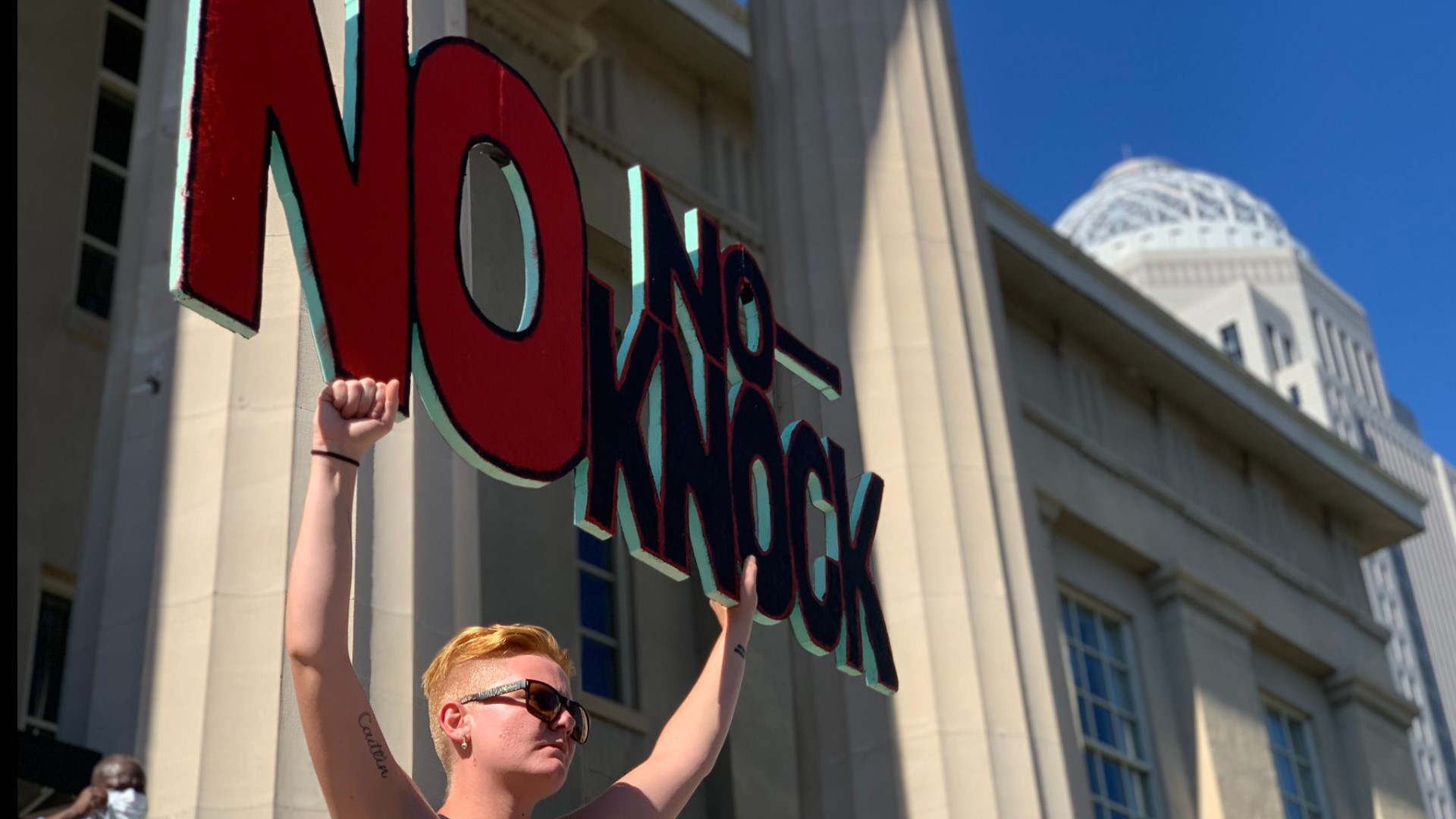 FRANKFORT, Ky. — One major bill in Frankfort this year was called the "Justice for Breonna Taylor" bill which featured a number of policing reforms including a ban on no-knock warrants. With the General Assembly nearing the end of their session, it looks like it won't pass this session in Kentucky.

However, Kentucky State Representative Attica Scott (D-41), is more optimistic than before in an alternative plan.

Scott spoke to a handful of demonstrators, who gathered after hearings. Scott received cheers as she walked towards them following a major day in the effort to ban no knock warrants.

"Today wasn't just about pomp and circumstance of a committee hearing it was the weight of everything that people are experiencing right now and leading up to Saturday," Scott said.

The timing of the session hearing the bill comes just days before the year anniversary of Breonna Taylor's death.

Scott filed the first bill banning no-knock warrants, but her "Justice for Breonna Taylor" bill also included other police reforms the republican supermajority would not support.

While her bill was heard Wednesday, it is ultimately too late to pass. But it's not too late for Senate President, Robert Stivers, backed Senate Bill 4, a ban on most no knock warrants, which was also heard in the committee today.

"I truly appreciate Representative Scott's work on this area, and I don't think we are seeking different outcomes," Stivers said. I think we are just looking at it from a different method."

For the first time supporters agreed to add some of Representative Scott's demands to SB4 including requiring EMTs at the site of warrants and removing allowances for no knocks in some drug cases.

"I'm much more optimistic because this is the first time, I've ever had a bill get a hearing, and so now we have a hearing we've had Senate Bill 4 pass and we had a number of members of the committee say they want to see us work together on those amendments," Scott said.

As for the anniversary weekend approaching and beyond, Scott insists that even passing this plan will not stop the protests over Taylor's death.

"The protests aren't going anywhere after this Saturday March 13, this Saturday is an opportunity to honor Breonna Taylor's memory and lift up her family in love and then after that people are going to be back advocating for the officers to be fired arrested and charged," Scott said.

The total number tally for SB 4 featured 15 lawmakers voting yes, zero voting no and four, including Scott, voting "pass" saying they want to see if the amendments are added when it gets to the full House debate.

Representative Scott left the door open to renaming Senate Bill 4 the 'Justice for Breonna Taylor' law, only if the changes discussed today are made.