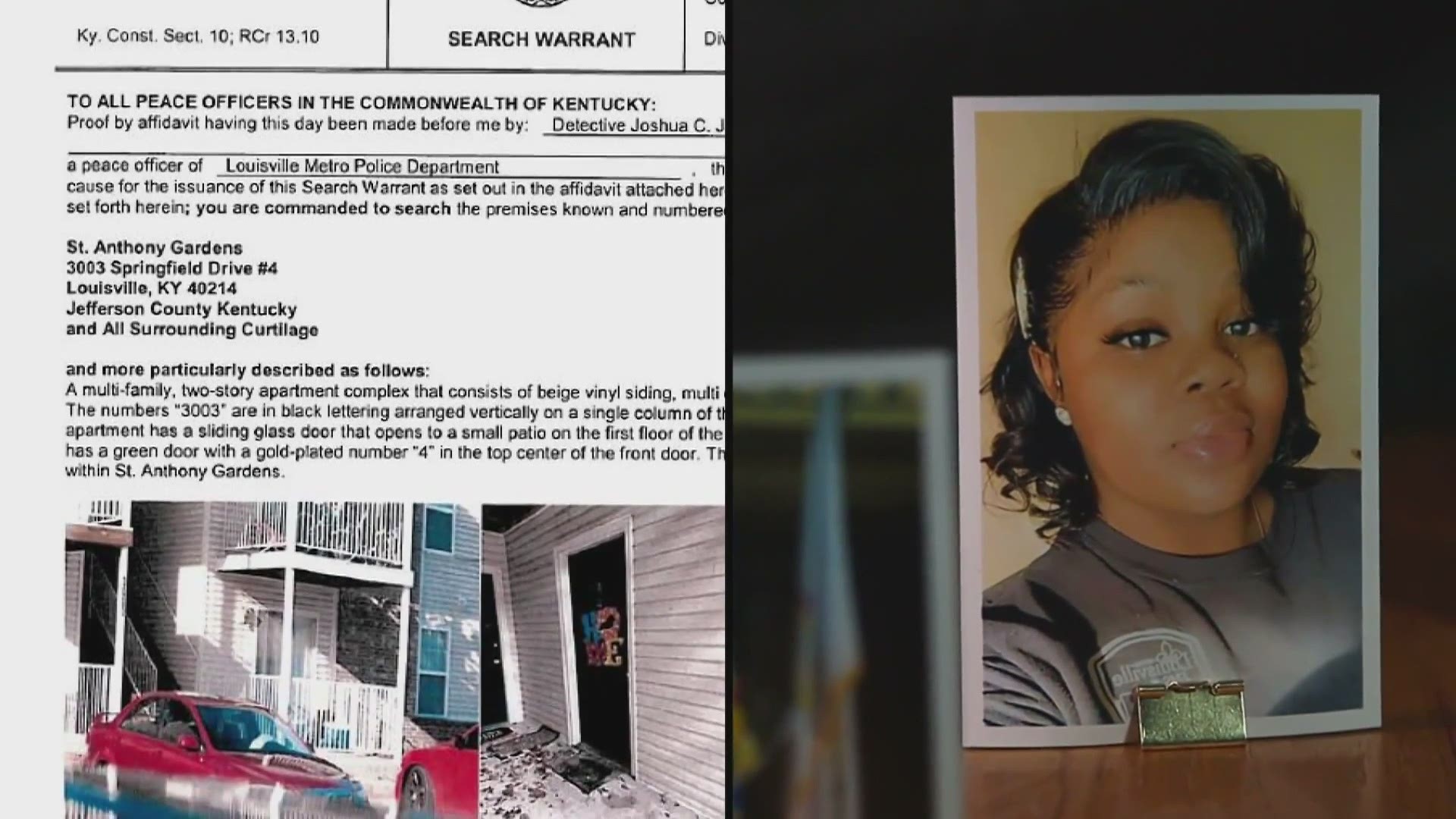 LOUISVILLE, Ky. — Two Louisville Metro detectives are awaiting a final decision on their termination from LMPD Chief Yvette Gentry after meeting with her Monday morning.

Joshua Jaynes and Myles Cosgrove both received pre-termination notices last week for their actions leading to the death of Breonna Taylor in March 2020.

Jaynes is accused of lying in his affidavit to obtain a search warrant for Taylor's apartment.

In the PIU summary written in July, investigators described Jaynes' affidavit wording as "misleading," saying "given Jaynes' statement related to the information" it "should be reviewed for criminal actions."

In his affidavit, Jaynes said he believed Taylor's ex-boyfriend Jamarcus Glover had been stashing drugs or money at her apartment to avoid detection from law enforcement.

No drugs or money were found at Taylor's home the night she was killed.

Gentry also noted that neither Jaynes nor his supervisors were present at Taylor's apartment when the search warrant was executed.

Attorneys Chad Gardner and Keith Kamenish were both present for Jaynes at the hearing. In a statement to WHAS11, they said, "Detective Jaynes and his counsel met with Chief Yvette Gentry this morning to explain his perspective surrounding the investigation and proposed discipline, which is standard protocol in circumstances like this. We will await a final decision from LMPD regarding Detective Jaynes and have no further comment at this time."

Cosgrove's lawyer Scott Miller, who was at the hearing Monday, said they won't share a response until there's a final decision.

If Gentry decides to move forward with their termination, their attorneys will have the option to file an appeal in Jefferson County Circuit Court within 10 days.