Jaynes was fired for his role in obtaining the search warrant for the raid on Breonna Taylor's apartment where she was later killed in a police shooting in Mar. 2020 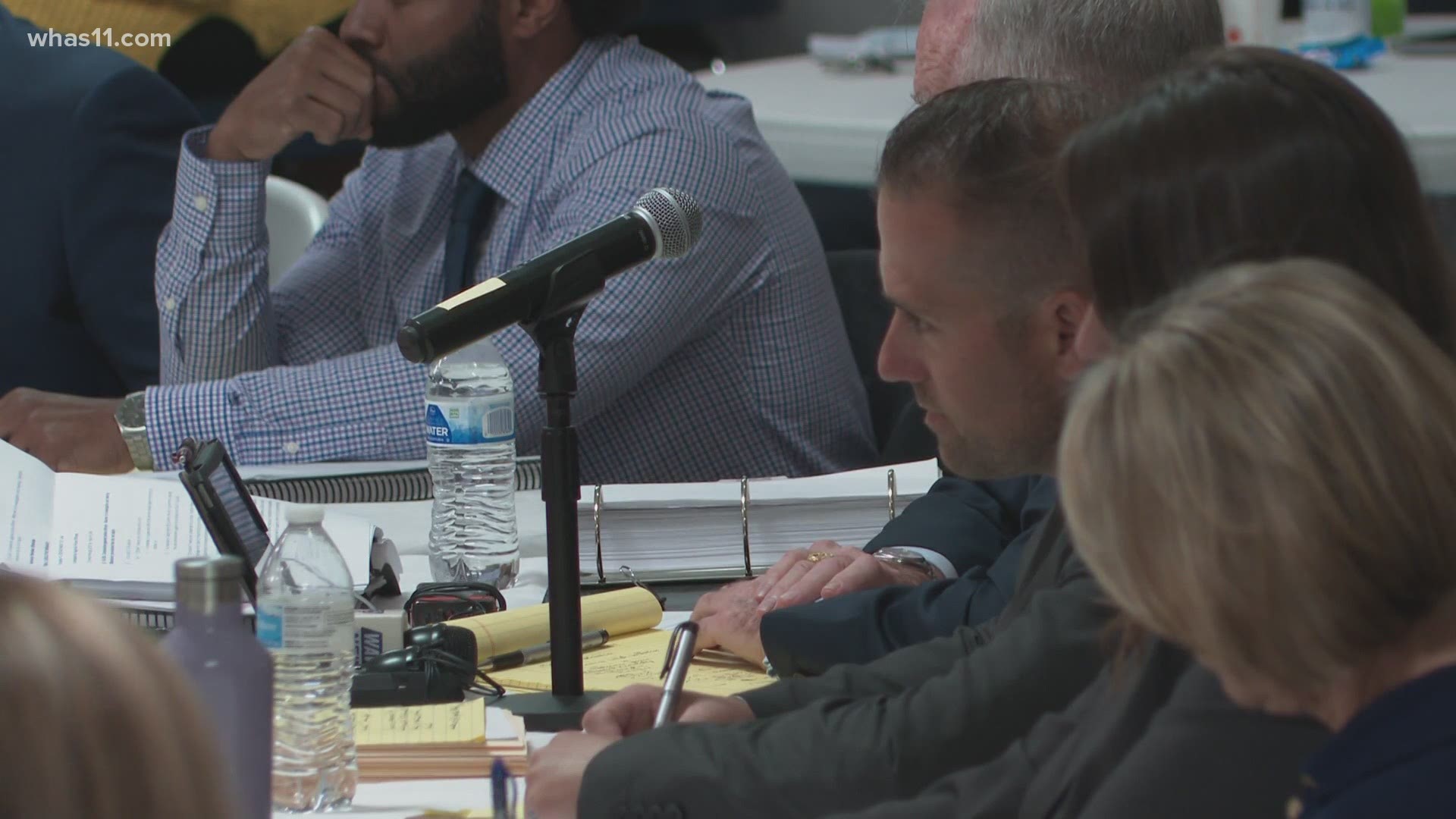 LOUISVILLE, Ky. — Fired Louisville Metro Police Detective Joshua Jaynes is fighting for his job back during a series of hearings that started Thursday, Jun. 3.

Jaynes wrote the search warrant for the raid on Breonna Taylor's apartment in March 2020 where she was later killed in a police shooting. He was fired by LMPD's interim chief Yvette Gentry in Jan. 2021. Gentry said he violated LMPD's standard operating procedure by not filling out a required form and lied in the affidavit he submitted to obtain the warrant.

Jaynes later revealed in his PIU interview that he secured the search warrant for Taylor's apartment by verifying through Sgt. Mattingly that their main suspect Jamarcus Glover had been receiving packages from there. In the search warrant Jaynes wrote that he verified the packages through a US postal inspector. During his testimony Thursday he admitted he didn't directly speak to a postal worker.

"At that point I reached out to Jon Mattingly had a conversation with him, I was under the impression that he has contacts within the post office," Jaynes said.

Jaynes' attorney, Thomas Clay, said Gentry's claims were "not supported by substantial evidence" and believed Jaynes' firing was "disproportionate" when compared to the discipline issued to other officers for similar actions.

The hearings functioned very much like a trial. It took place at the River City FOP Lodge 614 where 20 people were allowed inside. Brendan Daugherty from the Jefferson County’s Attorney Office represented LMPD and Attorney Thomas Clay represented Jaynes. Each side presented testimony and the first set of subpoena witnesses.

Schroeder initiated the standards investigation into Jaynes. During his testimony he said if Jaynes had said in the first place that he received information on their main suspect Glover from another officer, then he doesn't believe there would've ever been a hearing on this. During his testimony, Meyer agreed with Schroeder's statement - "Which once again if it said this on the affidavit 'I verified through Sgt. J Mattingly of LMPD' if that's what's written in the affidavit we're not discussing this as an untruthful allegation," Meyer said.

Meyer said his goal was to determine whether the affidavit to obtain the warrant was deceitful.

The hearings are in recess until June 29 and will be streamed on the LMPD Merit Board Facebook page.

If Jaynes' attorneys do not agree with the Merit Board's decision, they have the option to file an appeal in Jefferson County Circuit court.

Detectives Myles Cosgrove and Brett Hankison, who were also involved in the Breonna Taylor case, have appealed their terminations as well. Sgt. Jonathan Mattingly, who was part of the raid and shot by Taylor's boyfriend, Kenneth Walker, retired from the department on June 1.

MORE ON THE BREONNA TAYLOR CASE: